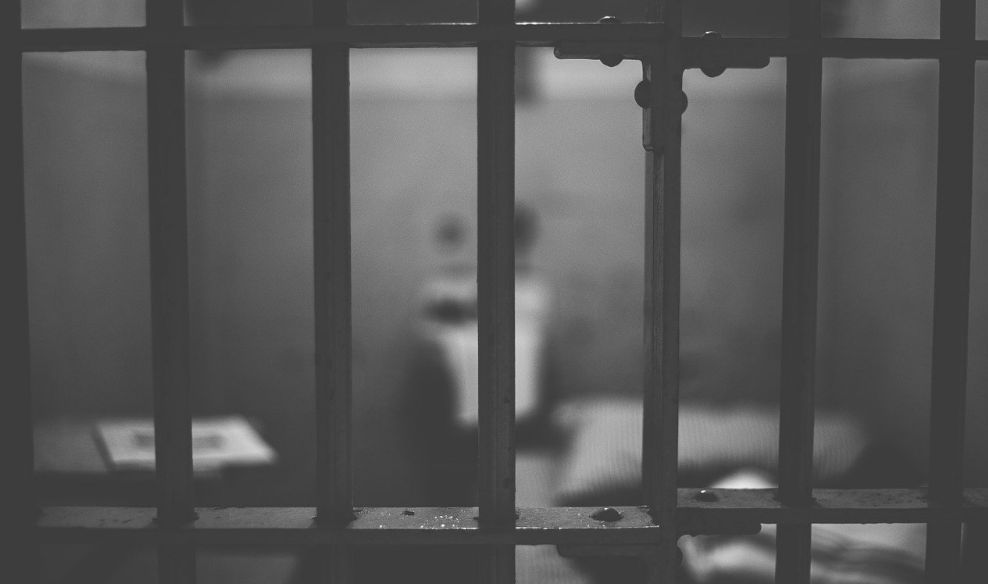 According to Axis Research, since 2000, at least 76 countries have jailed or prosecuted their former leaders. Many were democracies, including established functioning ones such as Brazil, Israel, France, and South Korea. America is an exception: no former president has been indicted for a crime.

Has our image of exceptionalism, seeing ourselves as the most democratic and free republic, blinded us from applying the law to our former leaders? Prosecuting former President Donald Trump may break that spell.

In a typical democratic republic, after their term in office ends the person who was the executive returns to the same status as everyone else, being a citizen of that nation — a nation where all citizens have the same legal rights and responsibilities. Consequently, a former executive must obey the laws, no matter how long they served as the executive or how popular they were while in office. This is an important characteristic of a democratic republic.

This adherence to the laws is not true of countries that label themselves as “republics” where the executive obtains or remains in office without being freely elected. As a result, the law never applies to executives in the Republic of Cuba, Republic of China, Republic of Belarus, or a “banana republic.” A test measuring a democratic republic’s durability is when a former executive must submit to the law. When done, it underscores a nation’s institutions and a culture of accepting the democratic process.

If former President Donald Trump is indicted for a crime, we will face that test. One indication of the coming test came when former Trump advisor Steve Bannon accused former Vice President Mike Pence of being “a disgusting coward” when Pence asked Republicans to stop attacking the FBI over searching Mar-a-Lago, Trump’s residence, and private clubhouse. In describing the search, Bannon said, “We’re talking about a police state.” Senator Lindsay Graham (R-Georgia) followed up by cautioning that there could be “rioting in the streets” if Trump were indicted. Who was Graham warning? The entire nation? The courts? Anyone who would testify that Trump had broken the law?

Such Trump courtiers have said our nation would have violence on the streets if Trump is charged and prosecuted on corruption charges. However, that has not been the case in other democracies where the former executive has either been indicted, tried in court, or found guilty and sentenced to prison. There are many examples.

In Brazil, former President Lula da Silva spent a year and a half in prison. Brazil offers an example where a popular president from the largest political party was arrested and convicted after leaving office. However, there was no rioting in the streets by his supporters.

Former President Luiz Inacio Lula da Silva (aka Lula) was arrested and convicted years after he left office. However, after his Presidency in 2010, BBC reported that he left “as the most popular president in Brazilian history, boasting approval ratings of about 80%.” In April 2015, the Public Ministry of Brazil opened an investigation into allegations of influence peddling by Lula. A police report stated he had taken illegal bribes from an oil company to benefit his political party and a new presidential campaign. In July 2017, Lula was convicted on money laundering and corruption charges. A federal judge sentenced him to nine-and-a-half years in prison. However, he only served a year and a half because the sentencing judge was found to be politically biased.

When Lula was arrested, indicted, or sentenced, there was no rioting in the nation’s streets. Sao Paulo did see several street demonstrations in 2017 when Lula was sentenced. But that was it. As the leader of Brazil’s largest party, the social democratic Workers Party, and a popular figure, Lula did not call on his followers to storm the capital or attack the credibility of the court system.

Lula is now running again for president and has a good chance of beating the current far-right president and friend of Donald Trump, Jair Bolsonaro. Trump’s son, Trump Jr., traveled to Brazilia to support Bolsonaro’s reelection. Without providing evidence, Trump Jr. played the family tune of casting doubt that the electoral process would allow Bolsonaro to win.

Benjamin Netanyahu served twice as Israel’s Prime Minister, most recently ending in 2021. During his last two terms, there had been an ongoing investigation into alleged bribery, fraud, and breach of trust by him and his close political allies. The police began investigating him at the end of 2016. Netanyahu, like his closest ally Donald Trump, claims to be a victim of a “witch hunt.”

Nevertheless, the police recommended indictments against him, which were officially made in November 2019. Netanyahu remains as Prime Minister but has been on trial at the Jerusalem District Court since May 2020. His strategy outside the courtroom is to accuse the media of being part of a left-wing coalition and plotting against him and the entire right wing. Meanwhile, he appointed the Chief of the Israeli Police and the Attorney General in charge of the investigation. He is pursuing a plea deal within the court system that would put him under house arrest but not in prison.

His attempts to denigrate the court system, the police, and the media, have followed the same pattern as Trump’s, with the exception that he has not questioned the legitimacy of the government to hold elections. Moreover, while there have been demonstrations in his favor and against him, Netanyahu has not called upon his supporters to invade parliament. Consequently, the Israeli Republic is not facing an existential crisis even though Netanyahu is facing criminal charges and possible prison time.

Donald Trump is not the first former president to have his home searched by the police. Former French President Nicolas Sarkozy’s got that home visit after he completed his term in 2012. Since then, he has been in court for several charges. In March of last year, Sarkozy received a three-year prison sentence on the specific charge of corruption and influence peddling for trying to obtain information illegally from a judge on a legal case against him.

Then in October of last year, he was found guilty of illegally financing his 2012 presidential bid by exceeding France’s strict electoral rules. Prosecutors found that his campaign had spent almost twice the legal limit. As a result, Sarkozy was sentenced to a year of house arrest. He is appealing both convictions. However, even if found guilty in both cases, his punishment may be limited to house arrest and for a limited time.

As expected, his attorney and supporters have dismissed the entire legal process as political. His attorneys initially declared that searching his home would prove “futile” and told reporters that the court’s ruling was “totally baseless and unjustified.” Then, Christian Jacob, the head of Sarkozy’s party, gave his “unfailing support” to Mr. Sarkozy and tweeted, “The severity of the sentence is absolutely disproportionate.”

However, there were no noticeable demonstrations in support of Sarkozy. The only democratic crisis that could be brewing was suggested by Pascal Perrineau, a political science professor at the Sciences Po university, who opined that the convictions of high-level politicians “heighten the mistrust, the impression that they are all corrupt.”

Unlike the leaders in the three other countries mentioned, she was unpopular while in office. In November 2016, more than one million citizens demonstrated and demanded that she resign or be impeached. She was impeached the following March for leaking government secrets to her confidante, bribery, abuse of power, and coercion.

Interestingly, she lost the support of her party. The impeachment easily exceeded the required a two-thirds threshold in their National Assembly. Although it was a secret ballot vote, Washington Post concluded that nearly half of the 128 lawmakers in Park’s party Saenuri had supported the impeachment to remove her from office. They apparently recognized that supporting their accused party’s leader in a public manner would discredit their candidates in elections.

No longer holding office, she lost her immunity, and the court found her guilty on 16 of 18 charges. She was sentenced to 24 years. Her successor pardoned her after serving five years in prison. Korea’s democracy functioned through the entire investigation, impeachment, court trial, and sentencing without accusations of Korea becoming a police state or threatened with street riots.

Rick Noack of the Washington Post points out that “democratic governments around the world have various safeguards to prevent politically motivated investigations into their elected leadership.” However, they are not given an “absolute immunity” that Trump has claimed in his legal battles.

In two cases, Nixon v. Fitzgerald and Clinton v. Jones, the Supreme Court has defined absolute immunity for a president as being confined to his official responsibilities. SCOTUS declared in the Clinton case that absolute immunity does not apply “for unofficial acts grounded purely in the identity of his office.” Consequently, it allowed a civil lawsuit against Bill Clinton to proceed while he was president.

Donald Trump is claiming absolute immunity for his unofficial removal of government files from the White House. His actions on January 6 may not be covered by immunity as well. In both situations, his plea for absolute immunity could likely end up being decided by SCOTUS, so Trump may be granted immunity.

America was not the first nation to allow women to vote or ban slavery, but it is still an exceptional republic. It has maintained an orderly transition of governance for over 230 years. America is both a representative democracy and a constitutional republic, i.e., a democratic republic. Based on the date (1787) of the Constitution, it is the oldest democracy in the world.

MAGA was coined by Donald Trump as “Make America Great Again.” Some see the movement nore like Make American Government Authoritarian. One dire warning of where America could be headed came from the International IDEA’s Global State of Democracy. Their 2021 report said, “The United States, the bastion of global democracy, fell victim to authoritarian tendencies itself, and was knocked down a significant number of steps on the democratic scale.”

Former Seattle City Councilmember Nick Licata is the author of Student Power, Democracy and Revolution in the Sixties. Now available on Amazon as a Kindle edition. Subscribe to Licata’s newsletter, Citizenship Politics. This article first appeared in The Medium.

Nick Licata
Nick Licata, was a 5 term Seattle City Councilmember, named progressive municipal official of the year by The Nation, and is founding board chair of Local Progress, a national network of 1,000 progressive municipal officials. Author of Becoming a Citizen Activist. http://www.becomingacitizenactivist.org/changemakers/ Subscribe to Licata’s newsletter Urban Politics http://www.becomingacitizenactivist.org/
Previous article
The UK Gets a New Prime Minister (Meh): Who She Is and What to Expect
Next article
Origin Story: How Ichiro Found His Way to Seattle