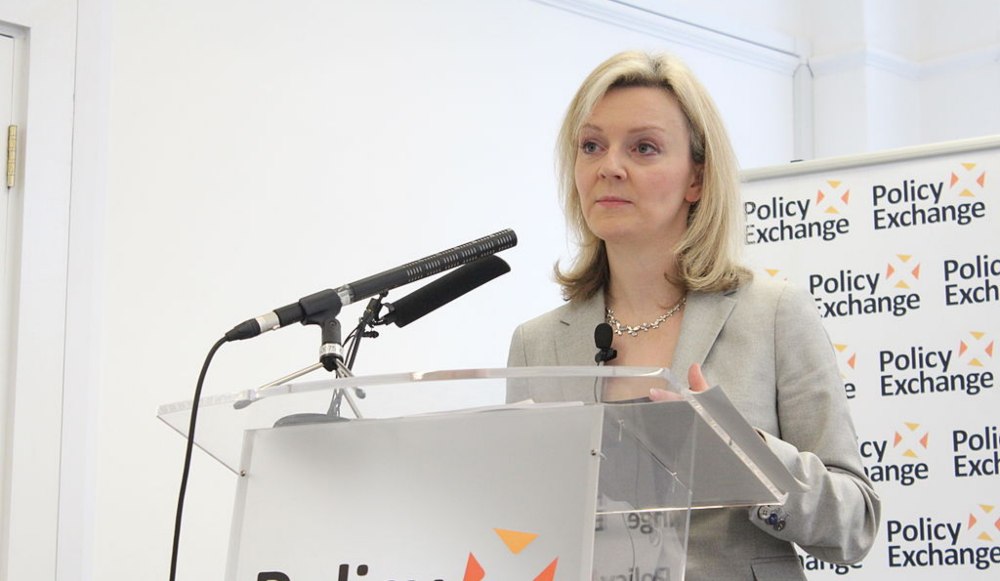 The UK Gets a New Prime Minister (Meh): Who She Is and What to Expect

British Foreign Secretary Liz Truss won the battle to succeed scandal-plagued Prime Minister Boris Johnson in an exclusive vote among Conservative Party stalwarts who make up only 0.3% of the country’s 47 million registered voters.

Truss outpolled former Chancellor of the Exchequer Rishi Sunak to become the third woman to govern the United Kingdom with promises of tax cuts and help for Britons facing household budget crises due to double-digit inflation and an energy crisis triggered by Russia’s war in Ukraine.

She inherits a country facing economic headwinds reminiscent of the 1980s, when her role model Margaret Thatcher reigned over a period of labor strikes and dying industries putting millions out of work. Like the first female government leader in British history, Truss will have to grapple with labor unrest, pandemic-induced inflation and a recession expected by year’s end.

Sunak, who is more popular than Truss among Conservatives in Parliament and Britons in general, took the tough but honest position of needing to first tame inflation before slashing revenue with tax cuts benefiting high earners more than the working class.

Johnson’s resignation two months ago did not trigger a general election because his party retains a majority in Parliament, leaving the selection of a successor to the 172,437 Conservative veterans who are dues-paying members of the party.

Truss’s loyalty to Johnson and her vow to carry on his painfully protracted withdrawal from the European Union appealed to many of the older, wealthier, and overwhelmingly white party members who were eligible to vote. The ultimate goal, from the Tory leadership’s perspective, in choosing Johnson’s successor should be guided by the party’s need to win the next general election that must be called before January 2025.

Among the missteps and inveterate lying about them that brought down Johnson were his defense of government figures accused of sexual misconduct, mean-spirited withholding of pandemic relief for students in low-income districts, campaign finance irregularities, failing to wear a mask in public and partying during the COVID-19 lockdowns, most offensively on the eve of muted funeral rites for the queen’s late husband, Prince Philip.

Truss’s victory portends little change in British domestic or foreign policy as she has mostly moved in lockstep with Johnson in her various roles in his government and that of his two predecessors, Theresa May and David Cameron. She is a staunch supporter of NATO and Western defense aid to Ukraine since Russia’s unprovoked invasion on Feb. 24.

She has also trumpeted Britain’s greater autonomy and flexibility since pulling out of the EU, even though the economic consequences have been predominantly negative in the two years since the political divorce was finalized. British exports and imports are both down by 15%, according to projections of the Office for Budget Responsibility. Inflation that hit 10% in July is forecast by the Bank of England to reach 13% in the coming months. Citibank forecasts price rises at 18% next year and Goldman Sachs warns it could go as high as 22% in 2023. The British pound against the dollar has fallen in the past year from $1.38 to $1.14, making imports 17% more expensive and foreign travel prohibitive. With energy costs expected to rise by 80% this winter, middle-class households will face stark choices between heating their homes and paying for other necessities.

In a brief acceptance speech after announcement of her victory, Truss praised Johnson for pulling Britain out of the EU, despite the mixed record of Brexit’s impact on the economy and society.

“Boris, you got Brexit done, you crushed (Labor Party leader) Jeremy Corbyn. You rolled out the vaccine and you stood up to Vladimir Putin. You are admired from Kyiv to Carlisle,” she cheered, vowing to deliver “a bold plan to cut taxes and grow our economy.”

Before formally tendering his resignation to Queen Elizabeth II at Balmoral, Johnson hailed his successor as the leader Britain needs to carry on the Conservatives’ policies.

“I know she has the right plan to tackle the cost-of-living crisis, unite our party and continue the great work of unity and leveling up our country,” Johnson wrote on Twitter, urging “100% unity” among his Tory colleagues. “Leveling up,” in Tory speak, has been an unfulfilled objective of reducing inequities in income and social standing in a country obsessed and shackled by archaic notions of class.

Truss faces a multitude of challenges as the fourth Conservative prime minister in less than a decade. Few of the looming problems are likely to be contained by the time of the next general election. An 80% rise in household gas and electricity costs is expected that will average the equivalent of $500 a month over the next year.

The government chief will also have to contend with growing labor unrest and critical shortages of essential workers, the latter partly due to burnout among medical professionals during the COVID-19 pandemic as well as the 300,000-plus foreign laborers who have left Britain since Brexit shut the open door to other EU citizens.

Truss is the architect of legislation before the House of Commons that would unilaterally revise parts of Brexit’s Northern Ireland protocol, an agreement to allow the British province to remain in the EU customs union and avoid restoring a hard border with the Republic of Ireland. The two sides of the Irish island have been largely at peace since the 1998 Good Friday Agreement and many fear London reneging on the negotiated trade rules would reignite bloody sectarian violence in the British province.

While Truss pledges allegiance to Western democratic values and talks tough about Russian President Vladimir Putin, her role in undermining the Northern Ireland protocol and a testy attitude toward French President Emmanuel Macron have alienated EU leaders in Brussels. France is one of Britain most important trade partners and Macron is seen by many within the 27-nation bloc as the de facto EU leader since the retirement of former German Chancellor Angela Merkel.

The new prime minister shows lukewarm affection for the longstanding “special relationship” between Washington and London. She’s called it “special but not exclusive” and noted Britain’s important ties with Australia, India and the remaining 27 members of the EU.

The daughter of left-wing activists, Truss has established herself as a flip-flopper of the highest order. She supported the “remain” camp in the 2016 Brexit referendum but in her three years of service to the Johnson administration has become an ardent Brexiteer. As a student in the 1990s, she headed the Oxford University Liberal Democrats and called for abolition of the monarchy. Since entering Parliament in 2010, she has called the royal family an “essential” aspect of British history and culture.

Truss is the 14th government chief to be sworn in by Queen Elizabeth II during her 70-year reign, though the first to be called upon to present herself at Balmoral castle instead of the usual venue of Buckingham Palace. The 96-year-old queen has been suffering what the palace refers to as “mobility problems” and has extended her summer stay at the estate in Scotland.

Truss’s elevation to government leader followed a lackluster campaign, even among the anointed few eligible to vote. Almost one in five of the 142,437 Tories sent ballots over the summer failed to return them. Pollsters and political analysts had predicted a much more decisive victory over Sunak than the 81,326 to 60,399 of the final tallies.

Only 12% of Britons polled by YouGov expect Truss to be a good or great government chief. More than half – 52% — predict she will be poor or terrible. An instant poll after Monday’s announcement that Truss had prevailed over Sunak found 50% of respondents “disappointed that she would be their new leader.

Carol J Williams
Carol J. Williams is a retired foreign correspondent with 30 years' reporting abroad for the Los Angeles Times and Associated Press. She has reported from more than 80 countries, with a focus on USSR/Russia and Eastern Europe.
Previous article
Putting the Labor Back into Labor Day
Next article
Memo to Trump: Democracies Often Prosecute Former Heads of State