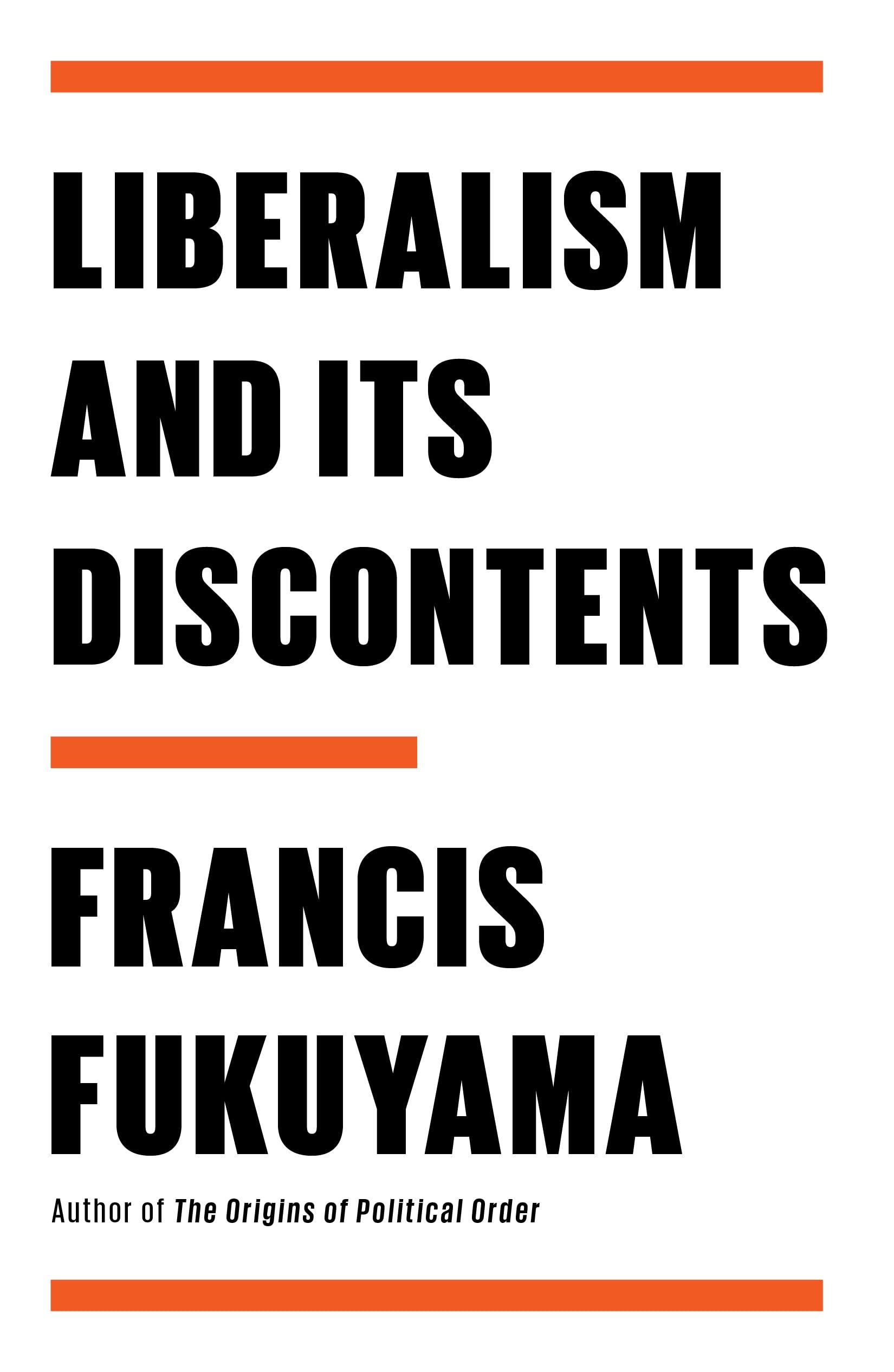 Sometimes when you read about great ideas it seems that is all they are . . . ideas, abstractions, vague concepts, high-minded ideals. We’re fortunate to be living in a time when great ideas matter and fundamental values are on the line.

Great ideas and the core values of liberal democracy are the subject of Francis Fukuyama’s excellent book-length essay, Liberalism and Its Discontents.

To be clear, by “liberalism” Fukuyama is not talking about left-of-center politics. Fukuyama’s focus is is “classical (or humane) liberalism.” This set of ideas transcends the liberal/conservative divides of contemporary culture.

By “liberalism” Fukuyama means “the doctrine that emerged in the second half of the seventeenth century that argued for the limitations of the powers of governments through law and ultimately constitutions, creating institutions protecting the rights of individuals living under their jurisdiction.”

Fukuyama elaborates the characteristics of “classical liberalism,” drawing from philosopher John Gray. “It is individualist, in that it asserts the moral primacy of the person against the claims of any social collectivity; egalitarian inasmuch as it confers on all people the same moral status; . . . universalist, affirming the moral unity of the human species and according a secondary importance to specific historic associations and cultural forms; and meliorist in its affirmation of the . . . improvability of all social institutions and political arrangements.”

All of this, albeit imperfectly realized, is so much a part of the American historical and cultural fabric that we have taken it for granted. No longer!

Take for instance the letter of resignation written by Gen. Mark Milley, Chairman of the Joint Chief of Staffs, after troops cleared Lafayette Square near the White House during Black Lives Matter protests in 2020. I quote from Heather Cox Richardson’s newsletter of August 8.

“After June 1, 2020, when Trump had nonviolent protesters cleared from Lafayette Square with tear gas and batons, Chair of the Joint Chiefs of Staff Mark Milley drafted a resignation letter in which he told Trump, ‘It is my belief that you were doing great and irreparable harm to my country’ with his actions over the past weeks.

“Milley explained that our Constitution means that ‘[a]ll men and women are created equal, no matter who you are, whether you are white or Black, Asian, Indian, no matter the color of your skin, no matter if you’re gay, straight or something in between. It doesn’t matter if you’re Catholic, Protestant, Muslim, Jew, or choose not to believe. None of that matters. It doesn’t matter what country you came from, what your last name is — what matters is we’re Americans. We’re all Americans.”

While Milley ultimately decided not to resign at that time, note the way his letter draws on several of the core ideas and ideals of “classical liberalism” as described, above, by Fukuyama.

First, Milley grounds his argument in the Constitution, which is to say in the rule of law which limits the powers of governments or rulers and protects individuals against abuses of power. Second, he argues the egalitarian moral status of all human beings. “All men and women are created equal.” Rights don’t apply to some groups, races or religions more, or less, than others. Third, while Milley points here to a shared identity as Americans, which transcends historic association and cultural forms (say race or gender), you can also hear implicit in this the universalist note of classical liberalism.

We can be grateful that Milley, like others, stood up against Trump’s incipient authoritarianism. And we can instructed by his reliance on the Constitution and core American values to make an argument that rebuked a President. We can also be concerned that these principles and values are not more broadly understood or valued.

“Classical” or “humane” liberalism is currently challenged, argues Fukuyama, by both the right and the left. The right tends to prize “historical associations and cultural forms” (race, gender, nation) over universal rights and rule of law, while the left tends to view people’s identity as a function of a group (identity politics) instead of seeing people as individuals. That said, Fukuyama says the greater and more immediate threat coming from the right.

“I believe,” writes Fukuyama, ”that liberalism is under severe threat around the world today; while it was once taken for granted, its virtues need to be clearly articulated and celebrated once again.” Fukuyama accomplishes this in ways that are both wise and accessible. He is a great synthesizer of complex ideas and trends.

Anthony B. Robinsonhttps://www.anthonybrobinson.com/
Tony is a writer, teacher, speaker and ordained minister (United Church of Christ). He served as Senior Minister of Seattle’s Plymouth Congregational Church for fourteen years. His newest book is Useful Wisdom: Letters to Young (and not so young) Ministers. He divides his time between Seattle and a cabin in Wallowa County of northeastern Oregon. If you’d like to know more or receive his regular blogs in your email, go to his site listed above to sign-up.
Previous article
Joe Biden, Comeback Kid
Next article
How Grand Opera Almost Came to Our Northwest Forest