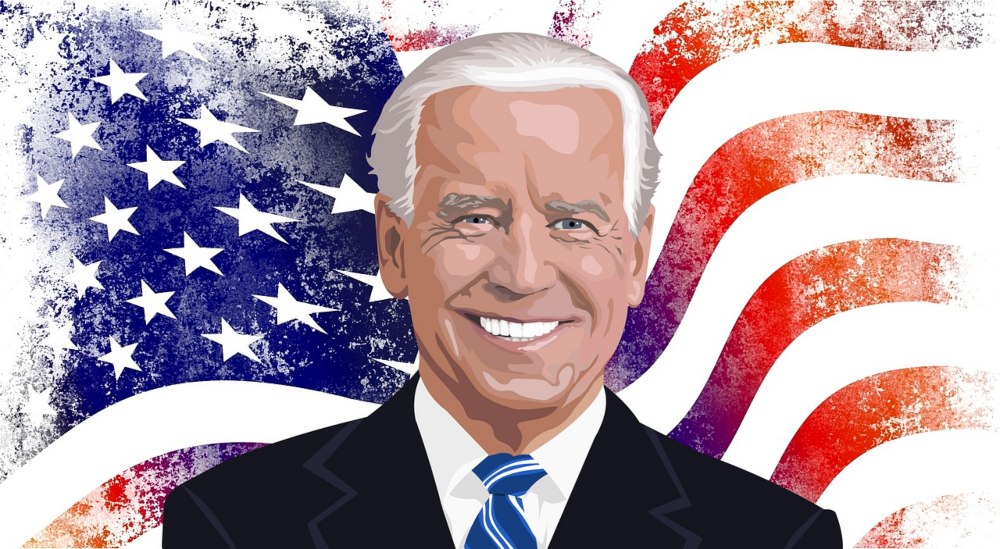 The book on President Joe Biden at the start of summer was of a star-crossed, out-of-touch politician whose deal making days were done, and whose presidency was about to be overtaken by a “red wave” Republican landslide in November.

Less than two months later, Biden is going from one bill signing to another — on Tuesday the CHIPS and Science Act, giving a $52.7 billion boost to the U.S. semiconductor industry, and on Wednesday the PACT Act, expanding health care services and screenings to an estimated 3.5 million veterans exposed to toxics and burn pits.

Biden is likely to make it a hat trick of ceremonies after the U.S. House of Representatives approves the Inflation Reduction Act, the $369 billion climate, health and corporate tax package laboriously worked out by Sens. Chuck Schumer, D-New York, and Joe Manchin, D-West Virginia.  The Democratic left has dampened its demands, with Congressional Progressive Chair Rep. Pramila Jayapal, D-Wash., urging approval of a less-than-transformational piece of legislation.

The price for a gallon of gasoline is down more than a dollar from one month ago.  Our state’s Democratic lawmakers are busily drawing on last year’s infrastructure bill to announce money for Washington State Ferries, upgrades to regional airports, and even replacement of the tiny ferry that runs to Lummi Island.

All that, plus help from Republican fratricide.  The influential Cook Political Report has just switched its rating of Washington’s 3rd District from “Solid Republican” to “Leans Republican” after ouster of GOP Rep. Jaime Herrera Beutler by Trump-endorsed MAGA Republican Joe Kent.

This upbeat picture is, however, fragile.  As demonstrated in recent weeks, opinion can turn on a dime.  Anti-war Sen. Eugene McCarthy once likened Washington, D.C., and New York media to blackbirds on a telephone poll.  They roost together, take off in unison, and land in the same place.  Hence, all those recent New York Times and Politico stories about Biden on a roll, including this headline: “Gas is suddenly cheaper: That could help Biden.”

It’s the Republicans who are, for the moment, helping.  Two-dozen GOP senators switched votes and temporarily blocked the PACT Act, only to be shamed by comedian Jon Stewart and veterans camping on the steps of the U.S. Capitol.  House Republican leaders sought to block the CHIPS and Science Act — Rep. Cathy McMorris Rodgers, R-Wash., was their point person — only to see 24 GOP members vote for it.

Getting stuff done is a political plus.  For instance, the COVID-19 pandemic carried a variation of the old adage that there’s nothing like a hanging in the morning to focus the mind.  The supply chain broke down.  The U.S. found itself short of such key components as computer chips, and aware that what we invented, others produce. The microchip was invented in the U.S., yet the country’s share of semiconductor manufacturing has decreased from 37 percent of world production in 1990 to just 12 percent today.

“It opened everyone’s eyes during the pandemic,” Sen. Maria Cantwell, D-Wash., said in an interview, adding: “We didn’t want to be dependent on someone else.” In her capacity as chair of the Senate Commerce, Science and Transportation Committee, Cantwell helped craft and steered bipartisan legislation.  Republicans balked late, but to no avail.

During crafting of the CHIPS legislation, Cantwell steered members of the Senate and House to a secure conference room in the U.S. Capitol, for eye-opening briefings on how the U.S. depends on Taiwan for its computer chips. “Action wasn’t an optional thing: We needed to get this done,” said Cantwell.  Even when, after the July 4 break, Senate Republican Leader Mitch McConnell tried to pull the plug on conference negotiations.

The CHIPS and Science Act provides for transformative new investments in research, innovation, and American manufacturing by accelerating U.S. production of critical semiconductor chips, strengthening supply chains, making more goods in America, and investing in basic research on technologies of the future.  Micron announced Tuesday it will invest $40 billion in memory chip manufacturing, with help from the CHIPS and Science Act.

With or without his shades, Joe Biden is feeling good about himself, witness his hyperbole in signing CHIPS and Science:  “Today is a day for builders. Today America is delivering, delivering, and I honest to God believe that 50, 75, 100 years from now, people who will look back on this week, they will know we met this moment.”

The 46th President grew emotional as he signed the veterans’ bill.  “The PACT Act is the least we can do for the countless men and women, many of whom may be in this room, who suffered toxic exposure while serving their country,” said Biden.  He signaled Jon Stewart, who received a standing ovation, underscoring Republicans’ brief blockade of the bill.

Washington state is a tricky place to read national trends.  After a massively productive Congress, in which Lyndon Johnson signed Medicare into law, Democrats lost 47 House seats in 1966.  Here, however, they held onto four seats picked up in the 1964 LBJ landslide, including that of future House Speaker Tom Foley.

The Democrats have been punished for past productivity.  They took a “shellacking” (Obama’s word) in 2010 after passing the Affordable Care Act.  In 1994, the National Rifle Association drew a bead on Dems who voted for an assault weapons ban – including Foley and Rep. Jay Inslee – and defeated them.  Washington became “ground zero” (Newt Gingrich’s word) as Republicans won control of the House for the first time in 40 years.  Inslee had to move to Western Washington to revive his political career.

An ideological, Republican-dominated Supreme Court has helped Biden find his mojo.  Feminist leaders have spent decades predicting a pro-choice groundswell. Democratic pollster Celinda Lake has made a career of mapping the coming groundswell.  The prediction was made at a Lafayette Park news conference a week after George H.W. Bush was elected president.  The elder Bush had transformed himself from a planned parenthood booster (nicknamed “Rubbers” by House colleagues) to abortion opponent.

With the overturning of Roe v. Wade, however, the Supremes have supplied the hanging in the morning.  A huge turnout of primary voters in Kansas – more than 900,000 – yielded a landslide defeat for a proposed constitutional amendment to roll back abortion rights in the Sunflower State.  In this Washington, Sen. Patty Murray and Rep. Kim Schrier have doubled down on their support for choice.  Both ran strong in last week’s primary.

The Democrats somehow held onto a 53-47 Senate majority in 2010, despite defeats everyplace else on the ballot.  Key victories in Delaware, Nevada, and Colorado came after Republicans nominated extreme Tea Party candidates.  The party’s nominee in Delaware was lampooned on “Saturday Night Live” as a witch.

National media are hinting at a repeat in 2022, thanks to flawed pro-Trump Republican nominees.  A narrow path for the Democrats?  Capture GOP-held seats in Pennsylvania and Wisconsin, while Sen. Rev. Ralph Warnock holds on in Georgia.  Warnock is blessed by a Republican opponent, onetime football star Herschel Walker, who touts family values but had seemingly forgotten about the number of children he has sired.  (Warnock makes a fundraising foray into Washington next month.)

Despite his recent successes, Biden must be asking himself whether he can catch a break.  Until the end of June, party and press speculation pegged him as an unsuccessful one-term president.  No Joe in 2024?  In mid-August, however, debate has broken out on whether Biden should rest on his accomplishments and still hang it up in two years.

We have three-months for the midterms to take new turns.  The recent rebounding by Joe Biden underscores an ever-accurate truism:  You can’t forecast the future.

Joel Connelly
I worked for Seattle Post-Intelligencer from 1973 until it ceased print publication in 2009, and SeattlePI.com from 2009 to 6/30/2020. During that time, I wrote about 9 presidential races, 11 Canadian and British Columbia elections‎, four doomed WPPSS nuclear plants, six Washington wilderness battles, creation of two national Monuments (Hanford Reach and San Juan Islands), a 104 million acre Alaska Lands Act, plus the Columbia Gorge National Scenic Area.
Previous article
A Very Big Deal: New Climate Law Will Impact Every Sector of the Economy
Next article
Fukuyama’s New Book: Standing Up for Classic Liberalism