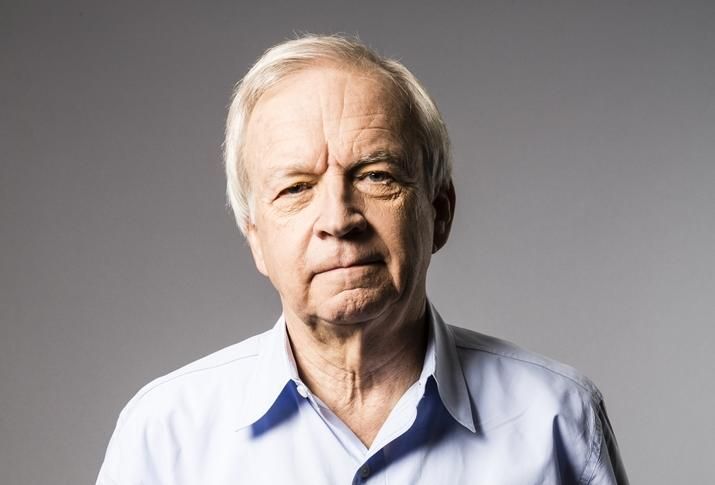 Remembering Tom Alberg, the Man Who Made Modern Seattle

Tom Alberg, the business visionary who died of a stroke last Friday at age 82, may have been the most influential leader of his generation in Seattle, though in his shy, Swedish way he never would have agreed. Nor is he likely to have a successor.

Tom was also a friend, a business partner, and a co-inventor of civic schemes. I first came across him in writing a 1969 story in The Argus about the rising young establishment. Alberg had grown up in Seattle and went to Ballard High, but when he was at Harvard he helped form the ABC Club of reform-minded young Republicans: Tom Alberg, Chris Bayley (also a Seattleite), and Bruce Chapman of Illinois (a roommate of Alberg’s).

The three, once they settled in Seattle, were loyal mainstays of the reform organization CHECC (Choose an Effective City Council) that modernized Seattle politics, with Chapman getting elected to the City Council and Bayley toppling the conservative kingpin, Prosecutor Charles Carroll. Republicans in those days were Dan Evans and Nelson Rockefeller acolytes. Bayley and Chapman eventually drifted rightward, but Alberg, a wise power behind the throne, ultimately became an Obama Republican.

Alberg’s steady path to wider influence came through his position in Perkins Coie, the Boeing legal firm and largest in town. Alberg perceived that Perkins needed to diversify its clients, particularly by spotting rising sectors of the law business, such as technology. That led to Alberg’s taking a senior executive role in McCaw Cellular, where Craig McCaw’s ability to “see around corners” greatly impressed the young Alberg.

As a lawyer, Alberg reluctantly helped engineer the merger with AT&T, and he long wondered about what a restless McCaw would have accomplished had he stayed the cellphone course. In effect, Alberg found out by forming a long partnership with Jeff Bezos of Amazon, the source of Alberg’s considerable fortune since he was an early investor and longtime board member.

Curiously, Alberg and I were involved in three publishing ventures. That reflected his keen sense of the importance of media for corporations and his commitment to civic progress. He became an investor in Seattle Weekly as it expanded to the Eastside in starting Eastsideweek in 1990. Earlier, Tom and I and others launched a high-minded quarterly, The New Pacific, that reflected his appetite for Northwest regionalism. TNP’s first editor was Eileen Quigley, who became a staunch friend and admirer of Tom’s as she moved to key positions in the thought-and-action worlds of carbon transition. TNP was an early effort to create a Northwest think tank, another passion of Tom’s and his close friend Paul Schell’s, which led to Tom’s solid backing of Bruce Chapman’s Discovery Institute.

As I was winding up my leadership of Town Hall Seattle (another Alberg beneficiary), Tom gave me a call and said that he thought a web-only news site could capture migrating advertising dollars. That led to his early participation in the formulation of Crosscut.com in 2007. That prediction about advertising dollars didn’t pan out, and I remember Alberg saying that in chancy ventures (including Amazon), you need to spot the moments to pivot to a new business plan. In Crosscut’s case that meant shifting to nonprofit status and (guided by Tom), the merger with KCTS.

Where Alberg’s far-sightedness did pan out was in perceiving that the Seattle area had a big opportunity to get Silicon Valley firms to migrate to the more affordable (at the time) Puget Sound region, where Microsoft and the University of Washington had laid the foundations. As the founder and principal leader of the foremost Seattle venture capital firm, Madrona Ventures, Alberg had attained the clout, connections, and trust of the Seattle business community, and he soon steered the local ship of state to this new tech-rich vision.

This saga is narrated and generalized in the book that Alberg barely managed to finish and publish before his disabling stroke last fall, Flywheels: How Cities Are Creating Their Own Futures. The flywheel (an Amazon term) is set spinning when cities attract and hold talent and business and government line up to enable a tech-based future. In a sense, the book is a narrower version of the broad-minded Alberg many of us came to know and admire. As such, it is subject to the growing second thoughts about neoliberalism and techopolis.

If anyone created modern Seattle, Tom Alberg is right up there with Jim Ellis (fighting sprawl), Dan Evans (parks and education) Sen. Warren Magnuson (funding UW and its medical research), Scoop Jackson (environment and the military). Tom led a rich life devoted to family, sailing, organic farming, wines, and small hotels (the closest he came to a financial disaster was launching the new Four Seasons Hotel). He never sought the limelight, and there are few buildings or institutions named for him.

His style was old-school. Like the good lawyer he was, he learned to keep quiet and listen until he had something clarifying to say. He stayed true to friends for 60 years, even when he differed from their approaches. He launched several hundred innovative companies. He perceived and helped restrain Jeff Bezos’ genius!

“He was extraordinarily unassuming for a man of such prodigious skill and intelligence. He possessed a deep Scandinavian work ethic; a meticulous thoroughness and attention to detail that reflected both his lawyerly training but also his M.O.; and a calm, quiet command of any situation he was in. He is unique among the men I know and knew of his age, privilege, and trade in that he never felt the need to assert his ego, nor remind everyone he was the smartest man in the room, even though most likely he was. He had a very generous spirit and never once didn’t take time to meet with me when I asked him to help me solve a business problem I was struggling with. Every year on his birthday, I would send him an email, and no matter how busy he was, nor how famous he became, I would hear from him.”

In short, the best exemplar of Seattle’s deep traits. I fear this combination is unlikely to be repeated in the polarized, arrogant, mercantile world of modern Seattle.

David Brewster
David Brewster, a founding member of Post Alley, has a long career in publishing, having founded Seattle Weekly, Sasquatch Books, and Crosscut.com. His civic ventures have been Town Hall Seattle and FolioSeattle.
Previous article
Yawn –Another Attempt at a Third Party. And Yet…
Next article
Trump’s Revenge: Joe Kent Edges Ahead of Jaime Herrera Beutler