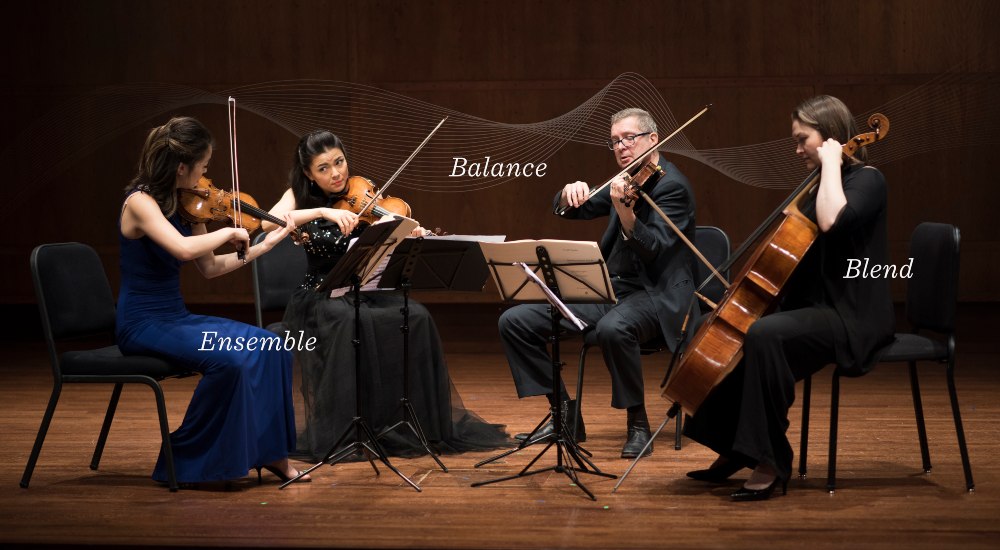 My return to live classical music concerts has featured two recent performances by the Seattle Chamber Music Society in its 40th summer season. Both programs were very good, warmly appreciated by the audiences at Nordstrom Recital Hall (part of the Benaroya complex downtown), and bode very well for the organization, now with a new administrative leader, John Holloway and a steady artistic director, acclaimed violinist James Ehnes.

More about the concerts below, but first I want to recount some of the history and future of this group, which has matured into a front-rank musical organization.

I have long cherished chamber music, ever since I was dramatically converted by attending some concerts in two meccas of this art-form: one in Marlboro, Vermont, the sacred fount of summer chamber festivals, and the other at London’s acoustically perfect Wigmore Hall, a must-play for the world’s best musicians. Toby Saks, UW cello professor, the founder and cellist for the Seattle Chamber Music Festival, had gone to Marlboro and transplanted the idea to the Lakeside School Campus in 1982.

Lakeside is a bucolic campus in north Seattle, and the early programs had all the trappings: supper on the lawn before, balmy summer-night intermissions, and humming walks back to the car lighted by luminaria (candles in paper bags). For the musicians, the festivals were vacations, parties, reunions, relaxed rehearsals (and unpressured performances). For the audiences and board members (I was on the first board, recruited by the founding board chair, Meade Emory), there were parties after every concert and the thrill of hosting musicians at homes.

Summer chamber music festivals have such amenity-advantages. But there are also the drawbacks of thrown-together ensembles, twilight players, abbreviated rehearsals, and forgiving, unsophisticated, wine-warmed audiences. I remember a cello teacher, Richard Aaron, telling me that such concerts usually had a few minutes of magical ensemble, and you had to wait attentively for them to happen. Such was the case.

As the novelty wore off, I began to tire of these performances. The audience is close-knit (and far from diverse), and they would leap to standing ovations after nearly every selection (and still do). I would dislike being challenged by all these folks to rave about the performances. (As did Melinda Bargreen in The Seattle Times.) My view was that about one of three or four works would have the magic, and I soon learned to keep such views to myself.

Much of this changed when the internationally-coveted violinist James Ehnes took the ropes in 2011, selected by den-mother Toby Saks as she succumbed to a fatal illness. It also changed when Lakeside booted out the Festival (needing the campus for summer uses) and it migrated to Nordstrom Hall in downtown Seattle. No more picnics, no more greenswards and trees.

But the music improved greatly and is now consistently fine, since the Festival is able to pay to get outstanding players. Ehnes himself sets a high standard and is diligent about rehearsals and performances and imaginative programming. In the Toby Saks era, there were occasional passionate moments when the magic would appear and the ensembles would come alive. Ehnes is a consummate professional, so the performances can sometimes be understated though impeccable.

The other continuity was provided by executive director Connie Cooper, a master at the kind of schedule- and ego-juggling required, who left bumpily last year. Thanks to Cooper’s steady hand and a strong and generous board, the geographic and artistic transitions came off very well. It was probably time to migrate venues, as Lakeside’s hall and stage were too small and sweltering before air conditioning finally arrived. But the “summer” aspects are now only memories, and Nordstrom’s acoustics (a little “CD-like” to my ears) are much better, particularly for the musicians onstage.

Two performances recently stood out for me. One was a July 13 performance of that rarity, Max Bruch’s “Octet for Strings,” brilliantly led by Andrew Wan, concertmaster of Montreal’s Orchestre Symphonique and one of the Festival’s super-reliable violinists. With seven other sharp players, this unknown work emerged memorably, particularly since the work (doubtless unknown to most of the players) had only one full day of rehearsals.

The other highlight was a July 18 performance of Shostakovich’s popular 8th string quartet, with four superb players led by violinist Alexander Kerr, who was concertmaster at age 26 for Amsterdam’s Concertgebouw Orchestra, among the world’s best. This one was rehearsed Saturday night and all day Sunday, performed the next day. Most string quartets are performed by established quartets who work together many days to buff such works. Bravo for such bravura!

The new executive director, John Holloway, is an energetic innovator who intends to lead the Society into year-round presence, beyond its summer and winter festivals. There is now a sophisticated digital presence with seven cameras. The new Center for Chamber Music in Two Union Square provides a setting for rehearsals (formerly in Toby’s home) and small concerts by visiting Festival musicians. SCMS is about to launch a pre-college chamber music program, the Academy for Chamber Music, aimed at local young musicians. A Music Truck now brings music to parks and other city spaces. This year’s budget, projected at $2 million, is up sharply from the pre-pandemic levels of $1.3 million.

It used to be that chamber music in Seattle was narrowly focused. String quartets and pianists at Meany Center. New music at Town Hall. Two-week and month-long festivals at the Chamber Music Society. Now we have grown a full-form chamber music society of high musical distinction. Goes to show what 40 years of artistic commitment can produce!

David Brewster
David Brewster, a founding member of Post Alley, has a long career in publishing, having founded Seattle Weekly, Sasquatch Books, and Crosscut.com. His civic ventures have been Town Hall Seattle and FolioSeattle.
Previous article
How ‘Neutron Jack’ Welch Unleashed a Cutthroat Era of American Capitalism
Next article
A King County Jail Crisis — and What to Do About It