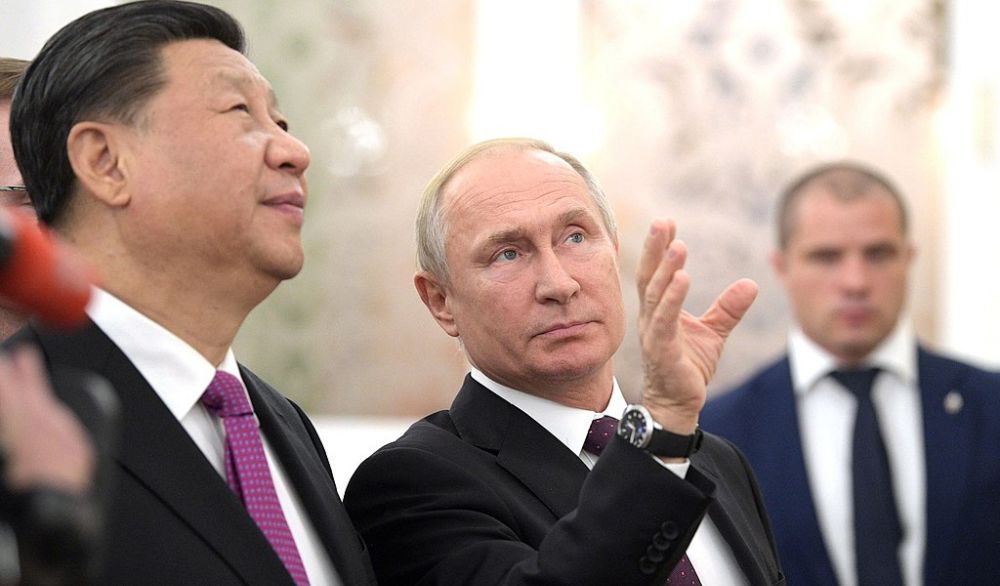 Taiwan: What China’s Xi has Learned from Putin’s War on Ukraine

Russia’s bungled attempt to conquer Ukraine and its retreats in the face of fierce homeland resistance are providing China’s Communist leaders with a preview of what its People’s Liberation Army might face if Beijing resorts to military force to take Taiwan.

Rather than serving as a precautionary tale on Chinese President Xi Jinping’s vow to “reunification” by any means necessary with the rebellious self-ruled island, Xi and his security ministers are likely taking lessons on what should be done differently to avoid the Kremlin’s strategic and tactical failures.

Russian President Vladimir Putin expected his superior forces and weaponry to roll into Kyiv within a few days of the Feb. 24 invasion and install a puppet government of pro-Russia separatists who would be greeted as liberators. Those miscalculations have forced Putin to scale back his objectives from total occupation to expanding the swaths of eastern and southern Ukraine his mercenaries seized in 2014.

Xi and Putin speak in the same imperialist language about the historical bonds and blood ties with their coveted territories. They pursue the same legacy of greatest leader of all time. Both autocrats reject the notion of sovereignty for their neighbors, even though Ukraine has been an independent nation since the 1991 breakup of the Soviet Union and the thriving democracy of Taiwan has enjoyed self-rule since defeated nationalists set up a rival government on the island after the Communist takeover of the mainland in 1949.

Putin vastly overestimated the capabilities of his military. His 900,000-troop standing army outnumbers Ukraine’s 246,000 more than three-fold. China’s 2 million-strong PLA is more than ten times the size of Taiwan’s 169,000 force but its lack of a land border with the island complicates a swift and successful invasion.

In a detailed analysis of Taiwan’s vulnerability, China scholar David Sacks of the Council on Foreign Relations writes in the current issue of Foreign Affairs that Beijing’s military strategists are taking note of Russia’s failures and adjusting their expectations and training for a possible military takeover of Taiwan.

Russia’s failure to achieve air superiority over Ukraine or to keep invading ground forces supplied with food, fuel and weaponry should serve to remind Beijing that patience and preparation are vital if it is to seize the technologically advanced island home to 24 million. Portable air defense batteries, anti-ship missiles and sea mines to thwart mainland amphibious landings and preparing the population for national mobilization are successful practices of the Ukrainian defenders that analysts advise Taiwan to emulate.

Potentially the biggest takeaway for Beijing from the four-month-old Russia-Ukraine conflict is the clearly stated U.S. policy against direct military involvement in Ukraine that could provoke nuclear-armed Russia to draw the United States and its NATO allies into a World War III. China has been investing heavily to expand its nuclear arsenal, estimated to grow to at least 1,000 warheads by the end of this decade.

Western allies of Ukraine and Taiwan, the United States first among them, have been adjusting their strategies as well. President Joe Biden broke with a decades-old commitment to “strategic ambiguity” last month when he said the United States would come to Taiwan’s defense if China attacked the island province to force reunification.

Biden’s comment represented a change in the strategy of keeping Beijing’s Communist leadership guessing whether an invasion of Taiwan would draw U.S. forces into a fight pitting nuclear-armed titans in a war more destabilizing than Putin’s unprovoked attack on Ukraine.

Some foreign policy experts had been lobbying for that shift in recent years as China has become more aggressive toward its neighbors and more strident in its vow to extend rule over Taiwan. Sacks and CFR President Richard Haass appealed two years ago for “strategic clarity” to put China and the world on notice that any attempt by Xi and his military to impose authoritarian rule in Taiwan would be met with resistance by the island’s democratic allies.

The United States could blunt an angry Chinese response if it framed the strategic clarity to defend the island in the context of respecting its one-China policy, Haass notes. That would dissuade Taiwan from declaring independence and Beijing from resorting to pre-emptive military action.

“China likely assumes that global support for Taiwan will be more muted than support for Ukraine has been, as few countries maintain diplomatic relations with Taiwan,” Sacks argues. He adds that China’s greater economic clout will deter many countries from supporting Taiwan and risking further disruption to mutually beneficial trade and global supply chains.

On the battlefield, China experts point out the power of even grossly outnumbered defense forces to fight off invaders threatening their homes and way of life. Taiwan is already girded for potential attacks from the air and sea with its “porcupine” strategy of positioning projectiles and mine-laying equipment across the island to respond to air attacks and deter amphibious landings by the mainland’s navy.

Russia’s struggling effort to score at least a symbolic victory in its bogged-down war will in no way deter China’s determination to bring Taiwan under the Communist regime’s control, nor will it hasten Beijing’s decision on when and whether to resort to force, China watchers say.

“Two obstacles prevent the mainland from forcing ‘reunification’ with Taiwan,” The Economist wrote in April, detailing what Taiwan could learn from Ukraine’s unexpectedly successful resistance to Putin’s massive invasion. “One is the 180-km (113 mile-) wide strait of Taiwan. The other is America’s military might.”

The Strait not only protects Taiwan from a surprise land invasion, it gives naval and air defenses time to detect approaching hostile forces. Chinese fighter jets have been making dozens, sometimes hundreds, of provocative intrusions most months into Taiwan’s Air Defense Identification Zone, the extended areas around the island’s internationally recognized airspace. China has amassed coast guard vessels and 3,000-ton sand dredgers around Taiwan’s outer islands in an escalation of hostility alarming Asian Pacific neighbors. In the South China Sea, which Beijing claims as its territory, China has built military installations on manmade islands to assert its sovereignty over six other littoral states in the 1.3 million square miles of waterway.

At last weekend’s Shangri-La Dialogue in Singapore attended by defense officials from across the Asian Pacific, Chinese Defense Minister Gen. Wei Fenghe came in for harsh criticism over Beijing’s increasingly aggressive moves in the region. U.S., Australian, Japanese, Canadian and other regional allies also called out Xi’s failure to use his influence with Putin to end the Ukraine landgrab that has shattered post-World War II renunciation of force to change borders.

Wei in turn accused the United States of “hijacking” Pacific nations “in a strategy to create conflict.” In a combative speech, he said China would “fight to the very end” to prevent Taiwan from seeking independence.

“Taiwan is first and foremost China’s Taiwan,” Wei vowed, adding China would not hesitate to crush any move by Taiwan to secede.

Carol J Williams
Carol J. Williams is a retired foreign correspondent with 30 years' reporting abroad for the Los Angeles Times and Associated Press. She has reported from more than 80 countries, with a focus on USSR/Russia and Eastern Europe.
Previous article
Barnett & Kaushik: Why Seattle Police Cut Staff Investigating Sexual Abuse
Next article
Coming Attractions: Weed Against Taxes on Weed