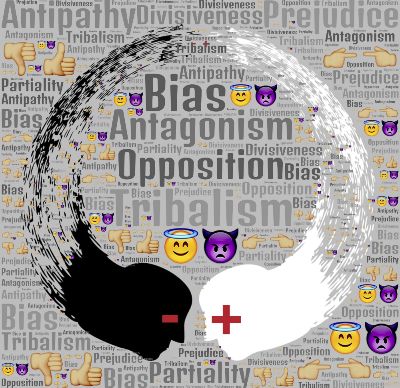 Polarized Frenzy: Is There Room for the Moderate?

To say that there has been a lot of response to the leaked Supreme Court draft opinion on Roe v. Wade is, of course, an understatement.

Some of the stories and comments focus on the leak and leaker and likely motivations. Others focus on the institution of the Supreme Court and its politicization. Still others try to envision America after the Roe v. Wade decision is overturned, as now seems likely to happen.

A fair amount of the commentary from the left and from Democrats appears to see this as the next step in the move toward an American religious autocracy where only white, straight, and conservative men will have any power, place, or voice. Will gay marriage be next to be reversed? Then perhaps inter-racial marriage? Is a civil war on the horizon?

The immediate effect of the leak has been to ratchet our polarization higher and tighter — which may have the intent of the leak. The sense of existential anxiety on each side — meaning the other side is out to utterly destroy you and all that you hold dear — is palpable.

But before we go into complete “this is the end” mode, consider a couple of facts. One, most Americans support some version of choice, although not complete or unlimited choice. In other words, most Americans views on abortion are moderate. Whether that is the morally right view or not, it is a view held by a majority of Americans. Freedom of choice, but with some limitations.

The other fact to be noted is that the laws currently being passed or considered in places like Texas, Oklahoma, and Idaho are not moderate. They are extreme. They completely outlaw all abortions, making it murder, making women who have an abortion and doctors who perform them criminals. Moreover, these laws authorize and incentivize private citizens to report violators. People are supposed to spy on each other.

It seems to me that on this issue, the extremism I’ve noted is best answered with a moderate position — and not one that answers the extremists of the right with a mirror image extremism on the left.

Abortion is a very hard issue, one that is without easy answers. To pretend differently is to be dishonest. There are situations in which it is the best, if painful and tragic, choice. Women or couples ought to be free to make that choice in a variety of circumstances. As a minister, I have often counseled with people struggling with what to do in hard, complicated circumstances. Still, abortion is the ending of a life, and that should not be a decision that is made lightly or as if it is a completely individual and wholly private matter in which the larger society has no stake or interest.

At the present time, we Americans seem to have very limited capacity for dealing with complexity and ambiguity, which is a part of so much of life and of abortion, in particular. Once more Yeats’s magnificent poem “The Second Coming” is apt.“

Things fall apart; the centre cannot hold;
Mere anarchy is loosed upon the world,
The blood-dimmed tide is loosed, and everywhere
The ceremony of innocence is drowned;
The best lack all conviction, while the worst
Are full of passionate intensity.”

As I’ve said, the leak seems calculated to ramp up polarized frenzy on both sides. Though it gets harder and harder to hold moderate positions in America these days, I think that is the ground with which we are most likely prepared to live.

Anthony B. Robinsonhttps://www.anthonybrobinson.com/
Tony is a writer, teacher, speaker and ordained minister (United Church of Christ). He served as Senior Minister of Seattle’s Plymouth Congregational Church for fourteen years. His newest book is Useful Wisdom: Letters to Young (and not so young) Ministers. He divides his time between Seattle and a cabin in Wallowa County of northeastern Oregon. If you’d like to know more or receive his regular blogs in your email, go to his site listed above to sign-up.
Previous article
Post Alley Writers: a Roundtable on the Supreme Court’s Roe Bombshell
Next article
How Abortion Rights Became Central to the Culture Wars