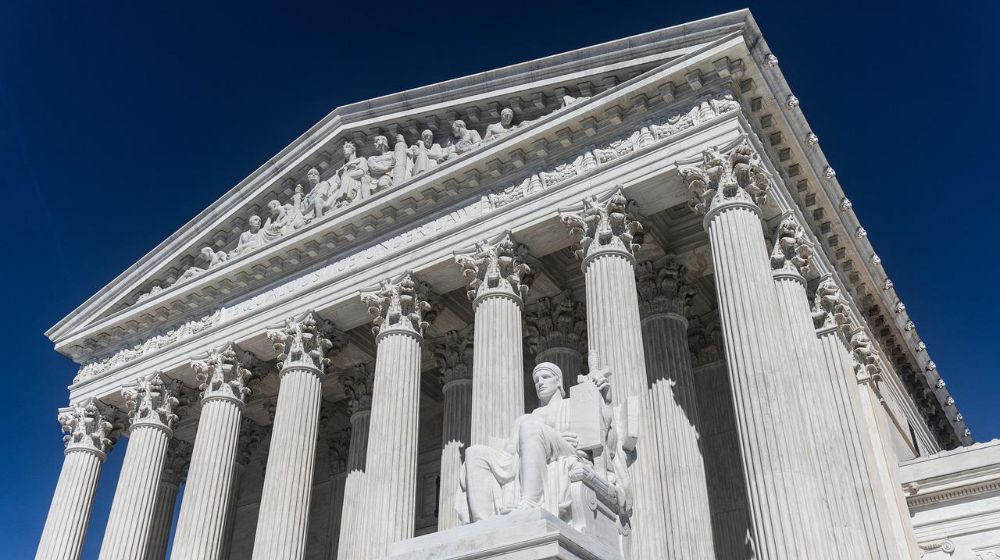 Editor’s Note: We asked some Post Alley writers to give their thoughts on the meaning of this debate.

Mike James: Justice on the Brink is the title of a recent book from Linda Greenhouse, former Supreme Court correspondent for the New York Times. The book traces the path from nearly 30 years ago, when Ruth Bader Ginsburg would say at her nomination hearing that the right to abortion in Roe v. Wade was “essential to women’s equality.” To measure the distance we’ve come, it’s useful to remember that even after Ginsburg’s statement on Roe, the U.S. Senate confirmed her nomination 96-3. Justice Brett Kavanaugh, during his nomination, told the key swing vote Sen. Susan Collins (R-Maine) that Roe was “settled law.”

But it was not settled, ever, as Democrats too easily assumed. It hung by a thread until Ginsburg died.

The case of Casey, the main precedent along with Roe, ruled that “A state may not prohibit any woman from making the ultimate decision to terminate her pregnancy before viability.” Any state laws attempting to restrict that right “must be calculated to inform the woman’s free choice, not to hinder it.” That seemed “settled,” but GOP-led states kept passing laws purposely challenging the Roe/Casey precedent and language in what were called TRAP laws, for Targeted Regulation of Abortion Providers. The states kept losing, until Ginsburg died, leading to Justice Amy Coney Barrett’s confirmation to replace her.

The lesson is old, a perennial: If you believe in a right, a value, remember that nothing is guaranteed permanency in a democracy where definitions and outcomes are determined by votes. There is no resting on laurels, on precedents, particularly not with the most volatile of disagreements. The work of freedom, the defense and advancement of rights, never sleeps.

Jean Godden: The anonymous leak of Justice Samuel Alito’s draft opinion has made clear that a Supreme Court majority intends to overturn Roe v Wade, the 50-year-old precedent legalizing abortion. For many of us, it’s a nightmare close to reality.

Donald Trump’s nomination of three conservative justices — candidates who lied during confirmation about their allegiance to settled law — has done what so-called pro-lifers have been trying to do for nearly 50 years. It’s obvious the three justices, allied with Justice Alito and Justice Clarence Thomas don’t mind branding the Supreme Court a blatantly political institution.

The damage such a Supreme Court decision will make is far-reaching. Not only will it cruelly deprive women of a right to make their own health decisions, it will cast a shadow over the Supreme Court itself and the justices who serve there. How can a nation rely on an institution that has sacrificed its integrity? How can the public depend on the judgment of those who professed to honor past decisions but then appear willing to discard established law at a first opportunity?

But overturning Roe will not end abortions for women living in those states. Most who find themselves with an unwanted pregnancy will seek ways to obtain help. Those who can afford to do so will travel to other states and countries where abortions remain legal. Those newly pregnant will obtain medications to assist with self-abortion. Regrettably there will be others — most of them poor, minority or both — who will resort to back-alley abortions and unsafe remedies. There will be injuries; and there will be deaths.

Justice Alito’s 98-page draft decision opens a Pandora’s Box of possible added consequences. It not only strips one half of the population of their rights, but it calls into question the fundamental right to privacy, the Constitutional Penumbra, implied rights on which Roe was decided in 1973. Abolishing Roe may affect other privacy rights such as contraception and same-sex marriage.

What the Supreme Court decision is about to do will erode American freedom. We cannot be a free nation when more than half of the nation is deprived of the control their own bodies. These weeks while we await the issuing of the final Supreme Court decision are the last days of reproductive freedom in America.

Linda Kramer Jenning: In 1992, several hundred thousand protesters turned out for a march in the nation’s capital in support of reproductive justice and Roe v. Wade.  Many of them carried coat hangers.

The hangers symbolized the tragic deaths of women forced to have illegal abortions. I interviewed a man whose mother died after she had one of those hatchet jobs – a woman desperate because she did not have the resources to raise another child. Another woman told me about how she hemorrhaged after a back-alley procedure and was left unable ever to have children.

Wherever and whenever abortions have been criminalized, woman have died. Making abortion illegal has never stopped women from having them. Witnessing the outpouring of support for safe and legal abortion on that April day three decades ago gave me hope that surely Roe v. Wade would remain the law of the land.

That demonstration was prompted by a case before the Rehnquist Court which threatened to overturn Roe v. Wade. The law survived that challenge, but are any of us surprised that it couldn’t survive today’s Supreme Court?

The 1992 march numbered nearly a half million participants. In April of 2005, more than a million abortion-rights activists joined in the March for Women’s Lives. Clearly, these demonstrations were not enough. Big rallies in the nation’s capital may not have been a winning strategy.

The opponents of Roe v. Wade held their own big rallies, but in addition they proved themselves better at playing the long game – turning more legislatures Republican, electing more Republican governors, and getting control of the U.S. Supreme Court.

I remember hearing Gloria Steinem speak at a conference in 2012. She warned at that time that Democrats needed to focus more on elections for state legislatures. She saw how the GOP ground game was playing out and knew what it might portend.

We will be barraged in the coming news cycles with analyses of how we got to this point, how a law that saved an untold number of women’s lives, that assured women control over their own bodies, could be overturned. It’s important to understand and probe the currents that led to this Supreme Court ruling, but it’s more important right now to look to the future. What will it take to elect state legislatures that will protect reproductive justice for women? What needs to be done to assure that women needing abortions have the resources to obtain them in those states like ours where it is safe and legal?

What can we do so that coat hangers do not once again become a symbol of death?

David Freiboth: If Roe v. Wade is struck down the lefty outrage pointed at the right will be deafening.  But it would be a

deflection to blame Donald Trump and Mitch McConnell when the blame more rests on the shoulders of the self-indulgent Ralph Nader and Bernie Sanders.

The right wing has made it no secret that their long game is to overturn Roe.  It has also been clear for years that the Supreme Court is where the battle will be fought and that the Right would do whatever it takes to produce this outcome by winning crucial elections or playing games in the Senate.

The Left is also open to blame.  Caught in waves of “not liberal enough” dogma, Democrats threw away the potential chance to control five of the current conservatives Justice nominations.  If Ralph Nader hadn’t siphoned enough votes off in Florida in 2000 to make that state ripe for a Republican steal, it is very likely that Al Gore would have won the Presidential election thereby insuring that Chief Justice Roberts and Associate Justice Alito would have not been elevated to the high court.

Likewise if Bernie Sanders presidential candidacy had not undermined Hilary Clinton’s early support on the 2016 elections, it is very likely that she would have come out of the gate with enough momentum to blunt Trump’s nativist uprising. If so, at least two of the justices Trump selected would have gone liberal.

Unlike the Right whose unified strategic focus produced these critical narrow court nominations, the fragmented left got caught up on divisive purity tests that undermined their ability to focus on winning. The failure to protect women’s rights is truly a failure by the Left to focus on the big-picture challenges.

David Brewster: If there is any silver lining in the clouds around the Supreme Court’s abortion issues, it’s that American politics is heading back to reality. The Ukraine war has put war-and-peace world issues back in the forefront. The recession and the pandemic and inflation have tormented the world’s economy. And now the abortion issue is front and center to focus the mind and pragmatic activism. Sen. Patty Murray calls it “a five-alarm fire.”

Our politics has taken a long vacation from real issues, which I trace to the collapse of the Soviet Union in 1991. That’s when we imagined a peace dividend and embarked on the wishful neo-liberal thinking about trade and its supposed way of muting national conflicts. In this fantasy world, the Left has spent too much time heeding the siren calls of socialism, the Great Awokening, and marketized and digital solutions to political problems. The Right has flirted with theocracy, nativism, isolationism, and crony populism. We need a Great Awakening, and Justice Alito may have been the alarm clock.

The last decades have been unserious, fantasy-driven, and vulnerable to over-reach. The Right has explored comic limits with Donald Trump and the Kingdom of Lies. It may now also have prompted a counter-reaction by unwinding of settled protections for abortion. Conservatism, which historically has avoided great shocks to the social system, has been hijacked by its radical fringe. One hopes that a Great Sobering-Up is about to happen.

Last forlorn hope: Republicans have had an easy time inveighing against abortions with impunity, because they were legal (dang that Supreme Court). Now these politicians’ feet will be close to the fire, their bluff called. As Kathleen Parker, a vacillator on the legal issues, writes in a Washington Post column: “If the Supreme Court rules as seems likely, we might not see another Republican president for a very long time.”

Post Alley Collective
Previous article
Well Fortified? A History of Pacific Northwest Forts
Next article
Polarized Frenzy: Is There Room for the Moderate?