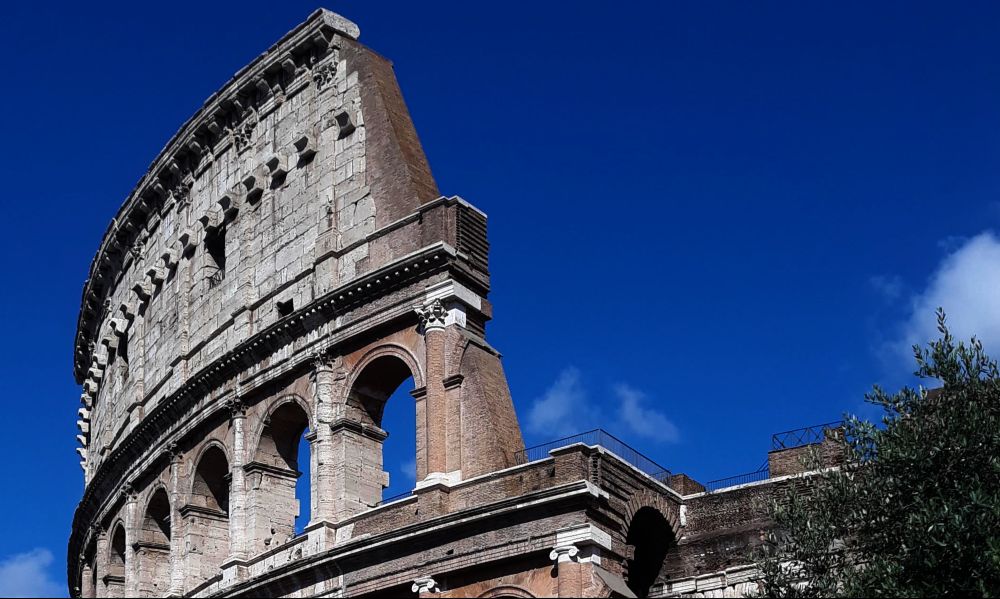 Travel Tips from an Expat in Italy

After two years of a COVID-enforced isolation, we are finally about to receive visitors again. Indeed, there seems to be a pent-up demand, and we are already getting calls and emails from friends. Every week brings a new message from a friend or colleague eager to see Italy, either for the first time or as a return traveler.

High on most people’s list are three cities: Rome, Venice, and Florence. They are the same three that have been on everyone’s list since the Saracens swept up the peninsula in the tenth century and tried to take it by force. Their manners left something to be desired. Our own little village, Santa Vittoria in Matenano, was founded by frightened monks fleeing the rampaging North African tribes that looted, burned, and murdered.

Now, it seems — at least before the pandemic — damage to Italian towns has been mostly done by day-trippers, packing into places that perpetually show up in tour books and must-see lists. Among the more egregious offenses were people swimming in the Trevi Fountain for selfies and a couple making coffee with a camp stove on the steps of the Rialto Bridge. Clearly, the invading hordes of turisti need to step up their game.

So how best to approach our trio of bucket-list destinations as a visitor? The obvious way is not always the most enjoyable. Nor the easiest. Let’s take them one by one.

Now that the gargantuan cruise ships have been chased out, the visitor has essentially only three choices of how to reach Venice: flying, train, or by road from the mainland.

Flying brings one to Marco Polo International Airport on the mainland. From there, it’s possible to take a shuttle bus across the causeway through the lagoon, into the center, and arrive at Piazzale Roma. (An alternative is direct by boat from the airport, with the docks accessible via long elevated corridor from the terminal.) From Piazzale Roma one can catch any one of dozens of vaporetti (walk-on ferries) to lodgings of various kinds.

First-time visitors often dream of waking up to a morning scene of boat traffic on a canal. It is indeed the height of romantic travel. One cautionary note: Do not bring big suitcases. You will have a miserable time carrying them up and down stone steps of bridges crossing those many canals. Moreover, the ferries jostle against floating docks, bumping them up and down and sideways. You’ll need to hop onto a randomly moving platform, so don’t even think about bringing an unwieldy bag.

Venice’s massive railroad station receives trains from all points in Europe, as its one of the most popular destinations in the world. It’s impressive to see twenty-some trains lined up in the parallel rows of tracks and platforms. If you’re lucky, you might see the elegantly painted train of the Compagnie internationale des wagons-lits on a side track, awaiting passengers; it’s the current version of the fabled Orient Express. The station has clean public restrooms for a €1 coin admission as well as a place to store heavy luggage while on the island. Right outside the station is an array of stops for the foot ferries and water taxis. Avoid the latter, unless you can split the cost among a group. The last time I did it, the fare was over €100. Best to use the vaporetti.

One can also drive onto the main island. A little-known secret is that about one fifth of the island is built up with massive parking garages that serve the other fourth-fifths. Think Disney World and not in a good way. Although I plead guilty, driving into a floating city seems rude at best, and environmentally irresponsible at worst.

Budget-savvy travelers know that a good option is to stay on the mainland in Mestre, where most of Venice’s workers live. Insanely lucrative Airbnbs have driven out rental apartments on the island, and the floating city houses only about a third of the population that it did a few decades ago. Mestre has many fine places to stay. Look for lodging near one of two tram lines; they both cross the causeway and take you right into Venice.

There’s a new factor to add to the financial equation. In June, Venice will be charging day-trippers €8 -10 per person, for each day. It’s not clear how this will be levied, but the last time it was tried involved turnstiles and queues. Staying in Mestre might exempt one from the charge, since it’s a part of the Municipality of Venice, but that is uncertain. It’s worth investigating.

Taking a train to Florence is a wonderful experience. Italy’s rail system is amazing, with choices of inexpensive Regionale trains to faster intercity trains, to the sleek and superfast Freccia Rossa trains that hurtle 180 miles per hour. Though more costly, the high-speed trains are certainly more thrilling. By train it’s merely a few hours between Rome and Florence or Florence and Venice. Given the rigamarole at airports these days, one would be foolish to fly domestically.

Many visitors will likely want to drive to Florence, with the idea of seeing other destinations in Tuscany, Umbria, or Liguria – all a few hours distant. But if you have not been to any of the larger Italian cities in a while, you should be aware of the aggressive policies to discourage car use in the center. Virtually all big cities now have Zona a traffico limitato (or ZTLs for short). These are restricted zones that prohibit entering for any purpose without a special permit. If you drive into a ZTL, you can easily be caught – usually by a camera that takes an image of you and the license plate. Clear, indisputable evidence. You will find a costly ticket in the mail a few months later. (You will also be hit with a €50 charge by the rental car company for providing the police with your contact information.) And, by the way, this same ticketing and fining procedure is used on highways. Moral: Pay attention to signs. This may require learning some critical Italian road signs before you start the ignition.

Florence’s Peretola is a small international airport that was remodeled in 2018-19. The son of a fellow expat — Jann Placentia, who has lived in Italy for five years and knows Florence better than I — recently flew into Peretola from London to visit his parents for Easter. He was expecting the usual slog through customs but excitedly texted  that there were now machines to scan passports! This significantly speeds up arrivals. The airport has lots of lovely shopping opportunities as well as supereasy access to the TramVia Line 2 that will whisk you straight to the Santa Maria Novella train station for €1.50 per person. Taxis to and from the airport are a flat fee:  €22 plus extra per bag.

With all three of these cities, it would take at least a week even to scratch the surface of all the wonderful places within them. I’ve been going to Rome for decades and still come across new places and things that surprise and delight me. I do not recommend making a list of a dozen places and trying to do them all in a day or two. First, with travel times and queues, it’s simply impossible. Second, you will exhaust yourself by the end of the day and miss Rome at night – the very time when the Eternal City becomes magical.

By air, most travelers arrive at Rome’s Fiumicino Airport which has recently undergone a total transformation. The formerly confusing arrangement of huge, noisy rooms and grimy corridors has been replaced by an efficient and attractive set of terminals. Lots of new amenities are provided, including small rooms to rent and rest in while waiting for flights. And, as with many international airports now, there are numerous shops and good places to eat.

Arriving by train is another matter entirely. The massive Termini station in the center has always been a scene of chaos and confusion. Areas around many train stations in Europe have been cleaned up. In Rome, not so much. The Termini area is filled with cheap hotels and eateries and the less-than-savory individuals associated with them. Grab a taxi at the station and leave as soon as you can. Don’t fall for an offer to take you to a cheaper cab. And watch your wallet, your bag, and your luggage. Thieves abound.

The third option — arriving by car — I would not wish on anyone. Driving in Rome can be physically perilous and mentally overwhelming. Two-way streets suddenly turn into one-way streets. Roundabouts are choked with every kind of vehicle imaginable, all honking at you to get out of the way. You will be exhausted even before you locate your lodging. We have learned to stay in an outlying location and take the Metro into the center. Sometimes we have stayed at a nearby town and gone into the city on a commuter train. It’s also a good way to see how Romans live. Tourist areas only give you a truncated version.

Tips for All Three Cities

Most Italian big cities popular with tourists offer discount passes that give you entry to certain destinations at a reduced price. Some include transit fares. In Rome, it’s the Roma Pass. In Venice, the ferry ticket kiosk sells day passes that save considerable money. In Florence, there’s the Turbopass. Tourist information centers are good place to go for this kind of assistance.

Many visitors stand in long queues to get into tourist destinations like the Colosseum in Rome. It’s often unpleasant, especially to do it repeatedly. Instead, just take off and meander around back streets. You will soon find quiet, wonderful little neighborhoods with small local shops and cafes. You will see more local life than what is typically found around the monuments. Prices of food will be lower. And you can experience how people live each day. Wandering can be disorienting, but your GPS map will rescue you.

Treat everyone you meet with courtesy and respect. They are not anonymous servants. They are often highly skilled, well-trained people, and they don’t depend on tips to make a decent living, as in the United States. Learn a few pleasantries such as buongiorno (good morning), per favore (please), and grazie (thank you). Use the voice mode of Google Translate for the correct pronunciation.

Note: Many thanks to Jann Placentia for her contributions to the part about Florence.

Mark Hinshaw
Mark Hinshaw is a retired architect and city planner who lived in Seattle for more than 40 years. For 12 years he had a regular column on architecture for The Seattle Times and later was a frequent contributor to Crosscut. He now lives in a small hill town in Italy.
Previous article
Dear Elon: What Twitter Could Be
Next article
All the Difference: How the World’s Fair Changed Seattle 60 Years Ago