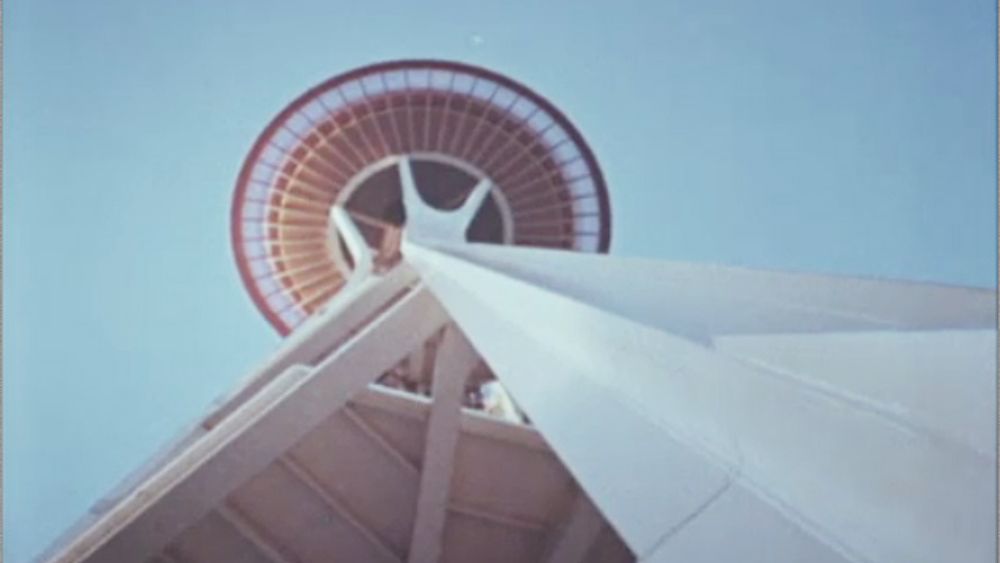 All the Difference: How the World’s Fair Changed Seattle 60 Years Ago

Never dismiss a good idea. Seattle City Councilman Al Rochester had such an idea in the 1950s. Recalling memories of the 1909 Alaska Yukon-Pacific (AYP) Exposition held in his youth, he proposed the city hold another major fair in 1959, 50 years after the AYP.

The anniversary fair didn’t come together until it opened on April 21, 1962.  But come together it did, postponed while Rochester (father of PostAlley contributor Julius Rochester) and others worked to find support and financing.

Biggest boost was the unexpected official sanction by the Bureau of International Expositions (BIE) in Paris. Only one U. S. city could be designated and New York City was also in the running. Given the Big Apple’s prominence, winning approval seemed a long shot.

But BIE members who likely hadn’t heard of Seattle apparently thought the city was a suburb of Washington, D.C. What also worked in Seattle’s favor were reports that the New Yorkers had been arrogant and full of themselves, while the Seattle petitioners were polite, humble and appealing. Whatever the reasons, Seattle’s science-themed fair was credentialed, given the green light to sign up exhibitors.

Next came even more difficult work: Obtaining money and land. Seattle voters quickly said “yes” to a $7.5 million bond issue. But it took the election of another Al — Gov. Al Rosellini — for the state to get on board, matching Seattle’s funds. To sweeten the pot, Sen. Warren Magnuson persuaded Congress to appropriate $12.5 million. Prominent businesses also lined up, supplying funds for maintenance and operations.

The World’s Fair Commission, appointed in 1955 by Gov. Arthur Langlie, considered several sites including Sand Point Naval Air Station, Fort Lawton, and Duwamish Head in West Seattle. Ultimately, the commission selected a plot of land early settlers had called “Potlatch Meadows,” thought to be the scene of Native American tribal festivals. Never mind that in order to clear land for the fairgrounds more than 200 homes and structures — 13 square blocks in the run-down Harrison neighborhood — had to be condemned and demolished.

From the very beginning, planners were clear about intentions that the fair’s major structures would not be torn down afterward (as rules required) but would become a permanent city asset. In fact most planners believed they were actually building what some called “a civic center disguised as a world’s fair.” That clandestine goal got a boost when Mayor Allan Pomeroy simultaneously appointed a Civic Center Committee to augment the city’s “inadequate community facilities for sports, cultural activities, and conventions.”

Aspirations for an eventual civic center helped fuel enthusiasm for the fair. It also led to the addition of the Space Needle. Western Hotels executive Eddie Carlson, who chaired the World’s Fair Commission, hatched the idea of a tall World’s Fair structure when he and his wife Nell were dining at a restaurant atop a TV Tower in Stuttgart Germany.

Well known in Seattle is the story of how Carlson picked up a cocktail napkin and sketched his concept, a saucer-like shape attached to a stick-like tower. Back home, he told others he couldn’t stop thinking about a restaurant in the sky. His idea wasn’t instantly popular. Some scoffed at the notion, likening it to a phone pole in a sombrero or a pylon wearing a top hat. Carlson turned to visionaries like University of Washington Professor Victor Steinbrueck and architect John Ridley. Backup came from architect John Graham, who had already designed a revolving restaurant in Hawaii.

Carlson’s plans met other obstacles: complaints by those who said it would end up like the leaning Tower of Pisa and others who grumbled about being stuck with “a giant white elephant.” But Carlson refused to give up and enlisted five prominent private investors, among them Howard Wright who signed on as the Needle’s contractor. Joe Gandy, president of Century 21 Exposition, persuaded Mayor Gordon Clinton and Council President David Levine to grant approval, hasty approval since time (only 52 weeks before the fair’s opening) was precious.

It was no accident the 1962 fair had adopted a strong science theme. On Oct. 4, 1957, the Soviet Union launched Sputnik into space, beating the United States. The Soviet space shot fueled the space race and provided a boost for the fair’s science and future-based theme, “Man Into Space.” The fair’s logo was an oval with an arrow pointed upwards into the heavens — the male Mars symbol.

With that overtly male emblem and the era’s gender inequities, it was no wonder that women were relegated to lesser roles. Planners were overwhelmingly men; cheerleaders were mainly women.

There was only one high-profile female role: that involving showmanship. World’s Fair planners were told that to be a success, the fair must provide entertainment, especially at night. The planners announced the fair would have a Show Street with entertainment that was “naughty but nice.” There would be song and dance reviews, girlie shows where nudity (gasp!) would be allowed. Nudity in Seattle? This was a city that still had a Board of Theater Supervisors, city censors responsible for ensuring that films shown in the city were “family appropriate.”

On a day when the fair’s campus was in frantic stages of construction and the Space Needle had almost topped out, fair officials awarded Show Street’s major nightclub contract to a complete unknown, Gracie Hansen, a brash fireplug of a woman from Morton, Washington, known for putting on musical reviews for the remote timber town’s PTAs.

Most officials who met Hansen during ramp-up to the fair were dubious. A heavy-set woman, Hansen was loud in speech and in dress. But she knew how to attract the eye with her flamboyant outfits, dripping in feathers and rhinestones.

While some were put off by Hansen’s appearance, planners couldn’t help being beguiled by her enthusiasm. She grew almost magically from her small-town background into her impresario role. She soon anointed Barry Ashton, one of the nation’s top showmen, to produce shows at her nightclub, dubbed “Paradise International.” Her “Nights in Paradise” review, featuring bare-breasted showgirls, topless but stationary (“no jiggling allowed”) attracted sold-out crowds.

Key to the success at Paradise International was scheduling quality vaudeville acts. One critic, when asked for his reaction, never mentioned the display of so many braless bosoms. In press accounts, he concluded, “Well, there was this good dog act.”

Century 21’s scrappy, starry-eyed founders believed the World’s Fair would put the city on the map and they were right. There’s no question they had success on their hands. Limited by the international bureau to a mere six-month run, the fair drew 10 million visitors (including celebrities such as Elvis Presley, the UK’s Prince Philip, and Astronaut John Glenn), hosted exhibits from 35 countries and earned an unexpected profit. It was a watershed moment for the city.

Many years later, as a Seattle Post-Intelligencer columnist, I was assigned a Sunday newspaper article on distinctions between Portland and Seattle, two rivals often called “sister cities.” When I asked Bud Clark, the colorful tavern-owner who had been elected Portland mayor, about differences, the gregarious mayor known for posing as a flasher for an “Expose Yourself to Art” poster and for riding a bicycle to work while shouting “Whoop! Whoop!” didn’t hesitate.

“The World’s Fair,” he responded. “Seattle had a fair in 1962 and we didn’t. It made all the difference between Seattle and Portland.”

It’s no wonder that when long-time residents measure city events, they often use the Century 21 exposition as their yardstick, saying, “It happened before the fair” or “right after the fair.” Century 21 served as a maturing moment for a city outgrowing small town ways. It was a time when Seattle imagined the future.

Jean Godden
Jean Godden wrote columns first for the Seattle Post-Intelligencer and late for the Seattle Times. In 2002, she quit to run for City Council where she served for 12 years. Since then she published a book of city stories titled “Citizen Jean.” She is now co-host of The Bridge aired on community station KMGP at 101.1 FM. You can email tips and comments to Jean at jgodden@blarg.net.
Previous article
Travel Tips from an Expat in Italy
Next article
The Big Gamble: COVID and Children