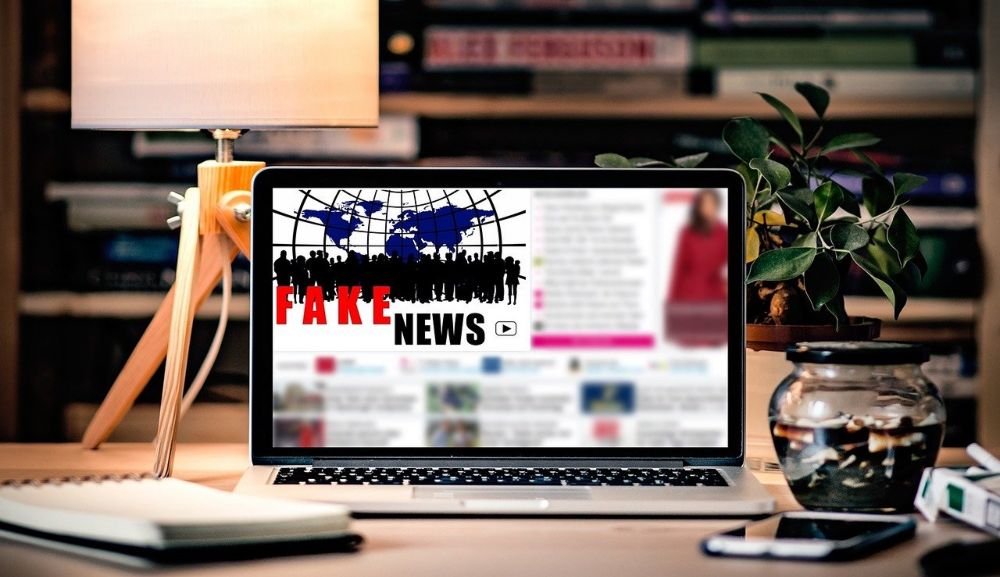 Trust No One: The Toxic Brine of Misinformation

We are in an era of disinformation. That term is thrown around by all political persuasions to accuse their opponents of not being truthful. The systematic dissemination of disinformation, however, is more than just lying. It is a political strategy in a war to take control of public power. Its intended purpose is to create confusion, which leads to rejecting government institutions entrusted to deliberate over verifiable facts.

There is a significant difference between lying about a particular action or product and a disinformation campaign to undermine public trust in a democratic republic. A classic example of the former is how the tobacco industry lied or created doubt about scientific findings that demonstrated that smoking caused lung and cardiac diseases. Up to the mid-’50s, the tobacco industry had succeeded in elevating smoking to be one of the most popular, successful, and widely used items of the early 20th century.

In response to the mounting evidence that smoking cigarettes damaged one’s health, the tobacco industry hired the nation’s leading public relations firm. The industry followed the consultant’s advice and focused its efforts on disrupting the usual processes of knowledge production in medicine, science, and public health. Consequently, the leading tobacco companies embraced the scientific discourse that assumes there is always more to know.

The tobacco industry’s strategy was to exaggerate that principle in order to spread doubt and uncertainty about the known facts. The tobacco industry’s campaign did not attack the validity of scientific institutions to analyze the facts; instead, they accused scientists of not wanting to find the correct data.

Eventually, the tobacco industry lost its battle by paying over $206 billion through a court settlement. However, that punishment was only achievable because it was delivered by an independent court system that fairly weighed the facts.

Borrowing a page from the tobacco playbook, Donald Trump has not directly attacked the concept of democracy; instead, he undermines the creditability of democratic institutions by accusing them of not treating him and his supporters fairly. For example, he attacked Congress for not throwing out Biden’s electoral votes, and he condemned the courts for tossing out his 60 cases challenging the outcome of the election. His repeated message was that the election was rigged.

All politicians and political parties can be justly accused of lying from time to time about their accomplishments or their intent to accomplish things they have no power to do. However, past efforts from major political players have stayed within a sandbox of playing with democratic institutions. Trump stepped outside that sandbox on the night of the 2012 presidential election when he Tweeted, “This election is a total sham and a travesty. We are not a democracy!” He mistakenly thought that Obama had won the 2012 election without the majority popular vote. Four years later, Trump won his presidential election without winning the popular vote, but he didn’t mention that fact. Instead, when the polls indicated that he might lose the 2016 election to Democratic Presidential Candidate Hillary Clinton, he claimed it would have been rigged if she had won. Then, even after winning, Trump made the unfounded accusation that millions of illegal votes were cast for her. That claim never received any factual support.

Trump has insisted that government institutions allowed Biden to steal the election, a claim that he has not substantiated. Consequentially, as he and his supporters see it, not only are the institutions corrupt but so are their illegitimately elected leaders. And what do you do with corrupt leaders? You jail them.

At a campaign rally 12 days before Election Day 2020, Trump called for locking up his opponent, former V.P. Joe Biden, his son Hunter, and tossing Hillary Clinton into the clink. His daughter-in-law Lara Trump excused her father-in-law’s encouraging rally attendees to chant “lock her up” as just him “having fun.” Elected Presidents in other countries who gained authoritarian powers have locked up their political opponents so they could not run for election. President Russian President Vladimir Putin jailing Alexei Navalny for unproven fraud charges is the most famous recent example.

But Trump lost the 2020 election, and his opponents took office. Our democratic electoral process worked. Nevertheless, after the results were counted, Donald Trump Tweeted, “I won this election by a lot…watch for massive ballot-counting abuse…Remember I told you so!” Trump never acknowledged that all 50 states had certified the election results, with Republicans controlling more state legislatures than Democrats.

His campaign of disinformation has been continuous since the presidential election, convincing close to half of the population that he, not Biden, won the election. Two months after the November election, a poll showed that only 55 percent of Americans believed that Biden was legitimately elected. Particularly disturbing is that only 52 percent of independent voters agreed that Biden was a legitimate president.

How did we get to the point where the current disinformation campaign has undermined trust in our electoral process more than any single effort in the past century? Two attempts are currently underway to that answer that question.

Economic Justice and Labor Educator Mark McDermott has introduced a webinar: “We Must Win the War for the Truth to Preserve and Strengthen Our Democracy.” He provides a history of past efforts at disinformation in and outside America. Those efforts are designed to undercut democracy by dividing people, feeding their emotions, destroying their ability to recognize truths, and undermining their capacity to find them.

McDermott uses the following quotes to illustrate how these strategies are pursued.

“If you tell a lie big enough and keep repeating it, people will eventually come to believe it.” Joseph Goebbels, Minister of Propaganda of the National Socialist German Workers’ Party

“The goal isn’t to sell an ideology or a vision of the future; instead, it is to convince people that the truth is unknowable, so you need “to follow a strong leader.” Peter Pomerantsev, a Russian propaganda expert

Paul Loeb, a West Seattleite and the founder of Campus Election Engagement Project (CEEP), said the project has published Do Not Be Deceived: Detecting Disinformation Guide. It advises readers to start reading news by putting its information in context, zooming out to get a broader picture. Also, if you post a story that you later learn is false, go public with your discovery. Your admission can help rebuild trust with your online community.

Overall, Loeb’s guide shows how social media is a spawning ground for disinformation. For instance, in the three months leading up to the 2016 election, the top 20 fake election stories on Facebook generated more engagement than the 20 best-performing stories from major news websites.

Political disinformation efforts date to the Roman Empire and will continue indefinitely, so a democracy must learn to live with it. However, a democratic society can rebuff attacks on its institutions if citizens are educated. As I have argued in Teach Civics In Schools or Face More Insurrections, students should learn how to evaluate the reliability of all information they receive, regardless of the source. Accepting verifiable knowledge pours water on enflamed irrational fears.

Nick Licata
Nick Licata, was a 5 term Seattle City Councilmember, named progressive municipal official of the year by The Nation, and is founding board chair of Local Progress, a national network of 1,000 progressive municipal officials. Author of Becoming a Citizen Activist. http://www.becomingacitizenactivist.org/changemakers/ Subscribe to Licata’s newsletter Urban Politics http://www.becomingacitizenactivist.org/
Previous article
The Long, Remarkable Life of Harriet Bullitt
Next article
Hey Baby – Hot 4U Wants 2B Your Friend!