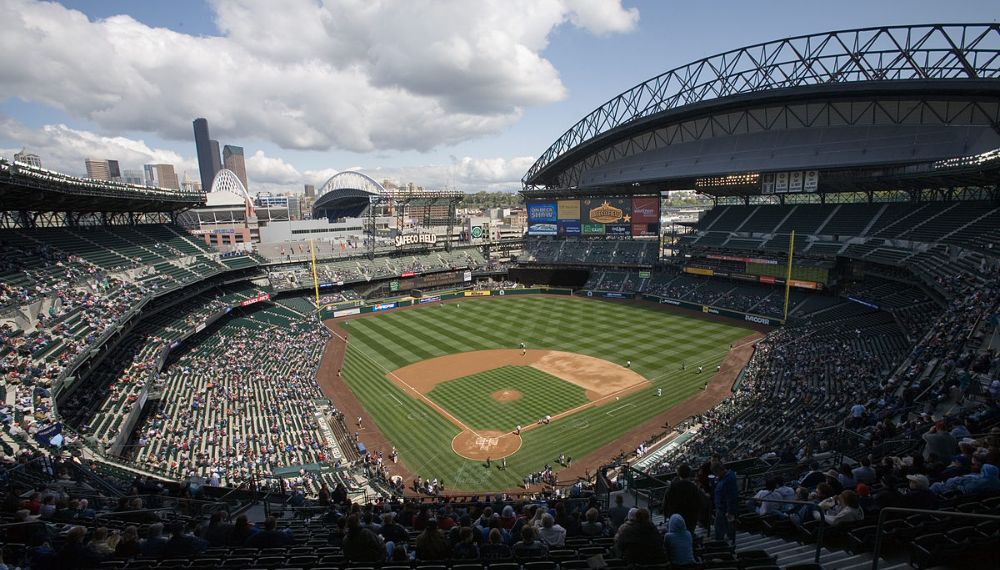 I learned everything I know about baseball from two experts: Nancy Hevly, a former Seattle Post-Intelligencer co-worker, and the late Emmett Watson, the city’s pre-eminent newspaper columnist.

For the better part of a decade, Hevly and I worked on the P-I’s editorial page. Although I left to write a city column, Nancy continued to write editorials and for the rest of her life (she died in March) she remained my great, good friend. When not writing, doing research or cooking Sunday dinner for her extended family, Nancy lived and breathed baseball from spring training through the World’s Series.

Nancy not only loved the Mariners, but enjoyed a close tie. Son Tim Hevly worked first as a Mariners spokesman and now is the team’s vice president for communications. Before the Mariners’ arrival in 1971, Nancy, as a young woman, was a fan of the Seattle Rainiers, the Pacific Coast League team that played at Sick’s Seattle Stadium, not far from Nancy’s childhood home.

My other baseball tutor, Emmett Watson, was the chronicler of all things Seattle, the creator of Lesser Seattle, a spoof of the city’s tourism boosters. But long before his newspaper career, the West Seattle-born orphan was a diehard baseball fan. He had spent boyhood summer evenings listening to radio announcer Leo “That Voice” Lassen describe Rainier games. Lassen narrated in staccato tones, now confidential, now high pitched, adding a sense of urgency and drama to the game:

Freddy Mueller digs in that back foot, taps the plate lightly with his bat, now he cocks it high off his shoulder, he’s got power, hits the fast ball very well…. Shellenback takes his sign, goes into his windup — once around, twice around — here it is. Shelly caught the outside corner of the plate with a fast ball. Strike one. Mueller didn’t like that call. Turns and says something to the umpire… Now he’s ready again… Shelly goes into his delivery — it’s a long, high fly, going for the left field fence…going…going…going…and it’s OVER! Oh, baby, did he ever hit that one.”

Emmett’s childhood ambition was to be a pro baseball player. He played for Franklin High School and The University of Washington, and he moonlighted in semi-pro games, picking up $5-7.50 a night. At last he realized his childhood dream, playing for the Seattle Rainiers.

In his 1982 book “Digressions of a Native Son, Emmett described his experience: “For a brief time, I actually did draw paychecks from a professional baseball- team. I operated from the safety of the bull pen for the old Seattle Rainiers. A man named Bill Skiff inherited me as his second-string catcher.” Interviewed about Watson, Skiff hedged, skipping over Watson’s inability to hit a curveball, and saying, “I’ll tell you about this kid. He does one thing as well as any catcher I’ve ever seen. None of them could squat better than Watson.”

Eventually let go by the Rainiers after blowing a run from third, Watson managed to get a job on the old Seattle Star‘s sports staff, paid to cover the team he’d once played for. From there, he navigated to writing city columns for the Seattle Times and Post-Intelligencer.

It was those two baseball diehards, Emmett and Nancy, who taught me to appreciate — if not know well — the glories of summer ball. Nancy took me to games, usually on nights when P-I staff showed up. She instructed me to purchase food or drink before the first pitch and then watch action and even inaction on the field, staying put except for extreme emergencies. Nancy was a great instructor, helping me understand plays: What’s a balk? What does it mean that the batter is “ahead in the count”? Why did you say the batter couldn’t lay down a bunt? I had a dozen questions but had to ask them sparingly, careful not to interrupt the drama.

It was Nancy who filled me in about basics and even tried to help me understand the “infield fly rule,” something that — tutoring aside — I likely will never master.

For his part, Emmett very occasionally would be without a companion and would ask me to accompany him to a game. It was heady stuff. Not only was Emmett recognized at every turn, but he had a seat in the press box and, on occasion I’d get to tag along, standing to one side, making myself as invisible as possible.

Emmett talked a lot about the philosophy of the game: the complex psychological duel between batter and pitcher. He spoke of the skills involved in managing the bullpen, when to pull the starter, knowing who to send to the pitcher’s mound. It was a science, hard learned and worthy of appreciation. Emmett called baseball “the ultimate head game.”

Both of my tutors (alas now resting in peace) helped me understand why baseball is so beloved. First because it arrives in spring, the end of winter. Each new season is filled with possibilities: past defeats set aside, there are games ahead to be won. Three-hour games offer plenty of time for thought, contemplation, and endless conjecture. There’s the feeling that anything can happen.

Baseball at its heart is a game of numbers and statistics. The game provides ample opportunity to compare one’s knowledge and memory with other fans. There’s the appeal of each game to the senses: the sight of blue sky, the feeling of warm sun, the sound of the crack of the bat and the catcher’s mitt popping, the tastes of cold beer and peanuts. As Nancy and Emmett taught me, other sports are just athletic contests, whereas baseball is love.

Jean Godden
Jean Godden wrote columns first for the Seattle Post-Intelligencer and late for the Seattle Times. In 2002, she quit to run for City Council where she served for 12 years. Since then she published a book of city stories titled “Citizen Jean.” She is now co-host of The Bridge aired on community station KMGP at 101.1 FM. You can email tips and comments to Jean at jgodden@blarg.net.
Previous article
Failure to Meet: What’s Wrong with Washington’s US Senators?
Next article
Russia’s War and a Struggle for Civilization