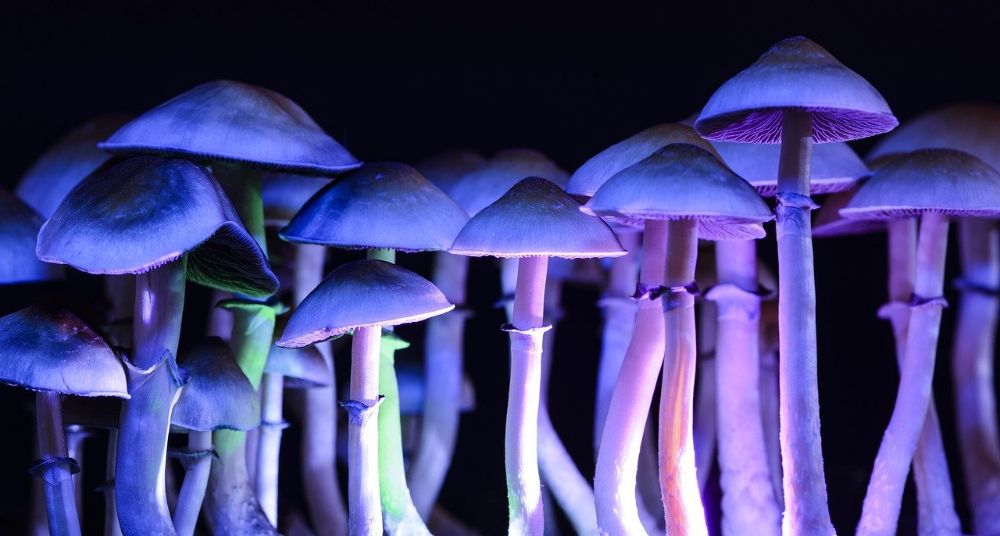 From the dank underground where more than 180 of their species flourish in the wood, psilocybin mushrooms are having a moment, in the national spotlight – not just in the cultural consciousness but in the legislatures of several states seeking to legalize them; from corporations seeking to cash in on their growing popularity; and because scientists are investigating their use for the treatment of many persistent psychiatric illnesses and conditions.

Seattle has long had its own flourishing psilocybin underground, many of whose most enthusiastic activists came into the clear light of day to support Decriminalize Nature, an effort that culminated in Seattle City Council passage last October of a resolution to remove criminal penalties for the cultivation, possession and use (but not sale or distribution) of plant-based entheogens.

They were less immediately successful in the last session of the state legislature, where a similar bill failed to make it out of committee. However, the effort did yield a $200K appropriation for a Psilocybin Wellness Workgroup administered by the Health Care Authority to review regulatory models from other states and gather the latest science and information on best practices from health care professionals, stakeholders and current practitioners.

That input will be submitted in the form of a bill to provide safe and accessible psilocybin treatments to state residents over 21. While its approval is expected in the next full legislative session, psilocybin advocates aren’t leaving anything to chance; last month a political action committee, ADAPT-WA, filed an initiative to create a legal framework for psilocybin-assisted therapy and is raising funds to put-I-1886 on the November ballot.

On the local scientific front, Nathan Sackett, an addiction psychiatrist, will direct the UW’s new Center for the Study of Novel Therapeutics, whose opening symposium on April 15 is the clearest signal yet that Seattle is having its own moment in the psychedelic spotlight. Although prestigious universities and institutes have been researching many kinds of psychedelics and reporting on their work in scientific journals for more than two decades, the federal ban on them imposed by President Nixon in 1970 and their categorization as Schedule 1 drugs, which was previously reserved for heroin and its derivatives, made the research dependent on private funding.

And although the National Institutes of Health granted $4 million to Johns Hopkins to study whether psilocybin could cure tobacco addiction, private funding is still the foundation of most current research. Sackett, a graduate of the UW Medical School, focused on addiction psychiatry during his residency at UW, following which he won a fellowship there to continue his studies.

While declining to name the Center’s present benefactor, he says he will kick off a major campaign to expand its donor base at the April 15 event, focusing on its goal to become the region’s leading center for basic research, clinical trials, and education and training for clinicians and therapists.

“We see psychedelics not as instead of therapy, but as an accelerant for the behavioral change on which addiction treatment is focused,” he says. While addiction is one area the Program will focus on, so are other concerns, like PTSD, depression, anxiety in terminal patients, and other conditions that affect mental health.

One of the clinical trials now seeking volunteers will investigate the effects of psychedelics on first responders suffering from post-pandemic burnout. As Sackett pointed out, much of the current popular interest in psilocybin can be traced to Michael Pollan’s best-selling book, How to Change Your Mind.

“Combine that with this area’s long and storied history as a cultural hub of psychedelic exploration and its current distinction of having one of the highest per capita rates of opioid use in the country, and you’ve got the perfect place and time for this kind of research,” he said. Or, as Pollan and other psychonauts might describe it, the prerequisites for a successful psychedelic experience, set and setting.

Psilocybin, as well as other species of mind-altering mushrooms, were well-known to indigenous Washingtonians long before they came to the attention of a coterie of collegians in the mid-70’s. Paul Stamets, a mycology student at Evergreen, the “alternative” state university in Olympia, found a willing following for the magic mushrooms he cultivated as well as an audience to whom he preached on psilocybin’s expansive effects. Also a market for his books and manuals on how to grow them.

Many of his enthusiastic peers moved to Seattle after graduation, having learned from him how to identify, forage for and even grow them. Some have been tripping ever since, while others haven’t used anything stronger than weed since their own college days. Among the younger crowd, a different psychedelic which is an empathogen rather than a hallucinatory entheogen, rules the rave.

MMDA, or Molly, as club-goers call it, is known to inhibit barriers to intimacy; in the free-wheeling 70’s, marriage counselors, especially in California, frequently used it in couples’ therapy. Ayahuasca, a substance long known to shamans in South America and elsewhere, has a community of enthusiasts here as well.  All of those compounds and more (toad venom, anyone?) are increasingly available in the psychedelic underground, as well as in reputable research labs and medical centers around the country.

Because the future for the medical use of psychedelics is so promising, the pharmaceutical industry is opening its wallets to the many privately-funded drug development companies that are now raising millions of dollars to take various psychedelic compounds through the FDA approval process and get them to market as soon as the Drug Enforcement Agency signs off on them.  But other profit-minded companies seeking to get in on the plant-based medicine gold rush are investing in everything from “wellness” retreats – spas for the mind as well as the body –  to entheogen-based or infused products. Maria Hines, the former owner of Tilth, is planning just such a development on land she purchased for that reason in Mazama.

Big business is already ahead of the several states besides Washington that have or are considering regulating not just mushrooms but other psychedelic substances. Mindblooom, AIM and Field Trip are successfully marketing ketamine, a legal drug originally prescribed by veterinarians, for the treatment of depression, addiction and other negative psychological and behavioral patterns.

Ketamine is not technically classified as a psychedelic; it works by relaxing the brain’s inhibitory architecture, while psychedelics work by overriding it. Oregon, which recently decriminalized most drugs, including psychedelics, is particularly well-positioned to cash in on national and international investment in the rapidly expanding entheogen space and expects to reap $6.85 billion from it within five years.

John Rapp, a Seattle activist, ethicist, and attorney who advises psychedelic churches and non-profit organizations and represents business clients in the cannabis and psilocybin space here and in Oregon, projects that the eventual legalization of psychedelics in this state will equal if not surpass Oregon’s forecast, anticipating substantial investments in land development production, testing, training facilities, clinics and retreat centers.

The psilocybin underground views the psychedelic gold rush with somewhat jaundiced eyes – “Look what happened when they legalized weed – a few big players forced the rest of the growers out of business,” says one grizzled boomer who sent his son to college on the money he made growing and selling marijuana, first in the days of ten-dollar lids and later when an ounce of sensimilla brought in a thousand dollars or more.

“And sure, mushrooms make good medicine for a lot of conditions. But, to use a phrase that’s as old as I am, focusing on mental illness rather than wellness, let alone all the mind-expanding, consciousness-shifting and just plain fun a psilocybin trip can be, is harshing the mellow.”

Jane Adams
"Jane Adams PhD was a founding editor of the Seattle Weekly. Among her twelve books is Seattle Green, a novel . She is a contributing editor at Psychology Today, and coaches parents of adult children."
Previous article
All of the Above: Tiny Houses And More
Next article
Workers United: A Rebirth of Unions?