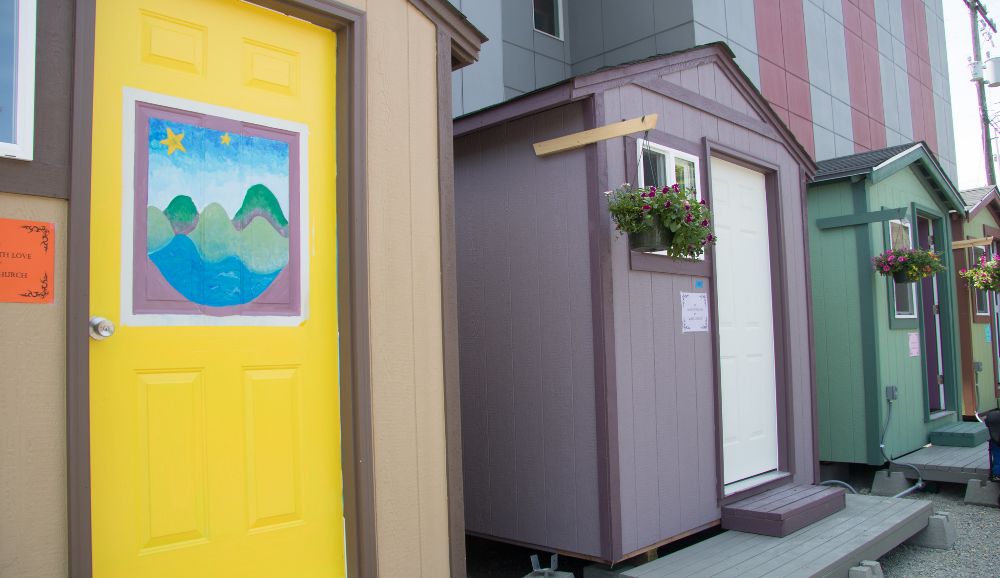 All of the Above: Tiny Houses And More

My good friend John Pehrson, a 95-year-old retired rocket scientist, has lived at South Lake Union’s Mirabella retirement community for over a decade. He has an active and productive retirement, leading the charge to create the green Belltown Parkway, standing up to bulldozers to save historic trees at Seattle Times Park on Fairview Avenue, and envisioning Market to MOHAI, an age-friendly, art-inclusive, mile-long walking corridor between Pike Place Market and the Museum of History and Industry.

He’s an inspiration, but he’s getting frustrated.

Pehrson’s latest project is a tiny-homes village that he and his Mirabella neighbors want to locate at an unused property nearby.  Mirabella residents have raised nearly $150,000 of their own money, plus snagging another donation of $100,000 from local businesses – one heck of a down payment in good will.  It is the ultimate YIMBY project —Yes In My Back Yard.

So far, as Danny Westneat recounted in a recent Seattle Times column, Pehrson has been stonewalled, first by the city and now by the King County Regional Homeless Authority (KCRHA), and its new leader, Marc Dones. Dones recently told me that Mirabella’s idea of supporting a tiny home in their neighborhood “would likely not pass our equity review.” I am baffled by this comment.

Tiny homes are a stopgap measure, and we badly need such temporary solutions. Despite the investment of hundreds of millions of dollars, more and more of our neighbors have become homeless. Thousands of affordable and low-income housing units have been built or acquired this past decade, but this has not kept up with demand. The competition for home buying is fierce, and the competition for affordable apartments is fiercer still.

In 2016, the voter-approved Seattle Housing Levy provided $290 million over seven years for building, preserving, and supporting such permanent housing. During this seven-year cycle, more than 2,500 units will be built or restored. This is laudable, but it falls far short of the need. And it takes time, a long time, to build, or even to renovate permanent housing.

Consider the case of Plymouth Housing, the gold standard for permanent supportive housing, which has acquired or restored 17 buildings with studios and one-bedroom units. Plymouth CEO Paul Lambros has three decades of experience, yet even with his know-how and political connections, Plymouth’s projects take 4-7 years from land acquisition to opening. Plymouth has six projects in the pipeline that will provide approximately 1,000 more units, but it will take years. In the meantime, thousands of people are left out in the rain.

Many good people are dedicated to addressing the needs of those on the street including Downtown Emergency Service Center which offers 24/7 shelters and mental health services at its new housing facility in South Seattle; JustCare/COLEAD build trust by getting to know the unhoused, so they can provide support tailored to personal circumstances; Mary’s Place offers beds and meals for hundreds of women and their families and last year it helped 549 families move to permanent housing.

The list goes on. Fire Department Chief Harold Scoggins and his team created Health One, a multidisciplinary team of first responders and caseworkers trained in mental and behavioral health. Seattle Public Utilities improved environmental health by providing a new program to pump out parked RVs.

And yet, our homelessness crisis drags on, not from our failure to try.

One big step forward came at the end of 2019, when the King County Council and the Seattle Council partnered with cities around the county to form the Regional Homelessness Authority. Everyone involved knew that homelessness is at its root an economic problem, so answers start by building more housing for people with very low incomes, plus more affordable housing across the county. Those of us involved considered the Regional Authority’s primary objectives to be increasing affordable housing supply with coordinated services. We wanted to incorporate harm-reduction strategies such as integrating housing with behavioral and mental health-care across the county.

Our approach followed best practices in other cities, and sought to coordinate the crisis response through the Homeless Management Information System, thereby creating an individualized, by-name list available to service providers for tracking progress. We envisioned an inclusive comprehensive approach that would support educational and job-training opportunities and make more high-quality childcare available. We hired Dones as one of our expert advisers. We got solid advice from him and also from people who have experienced homelessness themselves.

Getting KCRHA enacted wasn’t easy, and arguments among the cities nearly sank the Authority before it was launched. Some cities claimed homelessness was Seattle’s problem, not theirs. Other cities were reluctant to support the Authority because their constituents did not support its harm-reduction philosophy. Seattle wanted every city in the county to contribute its proportional fair share, if not with dollars, then with land for RVs, 24/7 shelters, or permanent housing. A few suburban cities responded: “Not In My Back Yard.”

After months of negotiations, the King County Council and Seattle City Council passed parallel legislation in December 2019, creating KCRHA. But Covid interrupted implementation, and the first person offered the lead position at the Authority turned it down. Finally, more than a year later in April 2021, Marc Dones was hired.

Building permanent homes for everyone is the ultimate objective of the quest to eliminate homelessness. Those of us involved in developing the Authority focused on building more permanent housing first, with temporary options next. This is not an either/or approach. We need both.

The problem is that each new unit of permanent supportive housing costs $350,000 to $400,000 to acquire and build, and they take years to deliver so they cannot address our immediate homelessness problems. A recent report from the consulting firm McKinsey concluded that adding enough housing to address homelessness would “cost between $450 million and $1.1 billion each year for the next ten years.” That’s a sobering estimate, because the budget for KCRHA is less than $200 million per year, which is the most we have ever spent in a year. We will be at it for decades if we attempt to solve this crisis solely by building permanent housing.

Fortunately, there are many good short-term options to get people under a roof quickly, including landlord liaison-supported housing designed to connect landlords who have vacancies with people ready to move inside and pay rent.  Other proven options include dedicated motels/hotels, tiny pallet villages like those set up in Los Angeles, group homes, old-fashioned single-room-occupancy rooms (SRO’s), and tiny home villages like the kind John Pehrson and his YIMBYs want to build and support.

KCRHA’s focus is on building permanent housing utilizing peer navigators to move homeless people from sidewalks and parks. That is one good strategy. But it should not exclude other temporary efforts.

Tiny homes are fast to make and built to last, as I have discovered in volunteering to fabricate them. They can easily be moved, so when sufficient permanent facilities are built, the homes can be moved elsewhere. Sound Foundations NW volunteers build two tiny homes every three days, each costing $4,200 in materials. When installed in a village, each home has electricity and shared hygiene facilities.

Opponents to tiny home villages object because they say the tiny homes are “inhumane.” I disagree. Tiny homes built by Sound Foundations NW are insulated; have electricity for heat, light, and charging phones; each home has two windows, a locking door, a bed, and shelves for belongings. At the villages the residents share toilets, showers, and sinks.  Is it better to leave people outside in soggy tents and have them use doorways for a toilet?

Other objectors say people “stay too long.” Certainly, some folks may find that the tiny home is their best option, but the Low Income Housing Institute reports that the median stay is 141 days, shorter than a standard six-month apartment lease.  Jenn Adams, who spent eight years in a tent and van, says that many people on the streets report that having access to a tiny home is like winning the lottery.

In my view, we need to ramp up the production of tiny homes and the siting of tiny home villages at the same time as we build permanent housing on a fast track. This way, we can get more people out of tents, off the streets and out of parks in a year or two, rather than waiting a decade or more.

This is why we should support John Pehrson and his neighbors who have offered to welcome a tiny home village next to their retirement facility. It’s time for a beer summit between Marc Dones, Sharon Lee of LIHI (who operates many tiny-home villages), and John Pehrson to embrace the Mirabella proposal. The city and county have budgeted for a mere six tiny home villages this year.

My friend’s YIMBY offer should be embraced, not shoved aside. 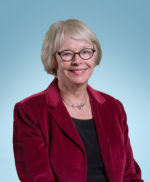 Sally Bagshaw
Sally Bagshaw served on the Seattle City Council, 2010-19, where she was deeply involved in finding solutions for homelessness.
Previous article
We Need to Talk About a Crisis for Young American Men
Next article
A Growing Psychedelic Rush?