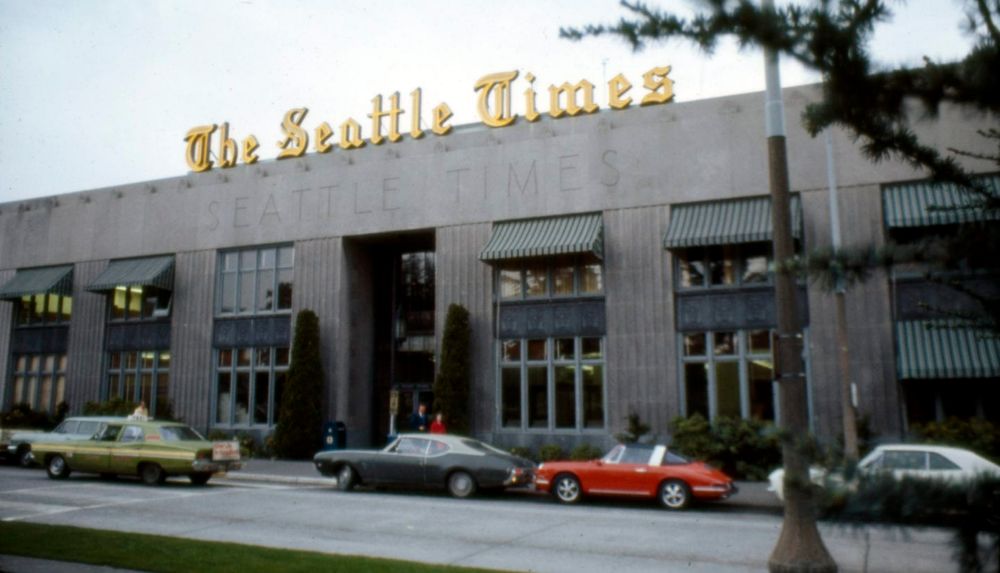 We Regret the Error: 100 Years of Seattle Times Editorials

Last weekend, the Seattle Times issued a highly unusual mea culpa, revisiting and apologizing for its 1942 coverage of post-Pearl Harbor internment of thousands of Japanese-Americans.

Reader reactions no doubt ranged from wokeness-run-amok to too-little-too-late.  But, either way, the multi-faceted and extensive coverage was an earnest and intelligent attempt by one generation of newspaper people to address the journalistic sins of their predecessors.

The retrospective took me back 25 years, when I was an editorial writer and political columnist for The Times during its centennial year under Blethen family ownership. I had been asked to revisit 100 years of editorials, lift some highlights and lowlights, and comment.

To survey some 35,000 editorials would have been cruel and unusual punishment, so I searched the archives by topic, exploring what The Times had written about issues ranging from civil rights to urban renewal and political endorsements.

I learned a lot, and it wasn’t pretty.

Founder Alden Blethen started off in 1896 by blasting the gold standard and endorsing William Jennings Bryan for President.   Interesting.  But it would be 80 years before the paper endorsed another Democrat for President — no newspaper votes for Woodrow Wilson, Franklin Roosevelt, or John Kennedy.

Editorial writers made some good calls, supporting women’s suffrage and “racial harmony,” while wagging fingers at the Ku Klux Klan. But the batting average was terrible.  The paper opposed immigration, opposed state initiative and referendum laws, and a state income tax.  It attacked the Seattle General Strike of 1919, opposed the campaign to preserve Pike Place Market, and mocked the extension of Aurora Avenue northward as a threat to zoo animals, and opposed the 1930s plan to build a floating bridge across Lake Washington – “outmoded as a stone hatchet,” the paper opined. Later, second-generation publisher C.B. Blethen actually crossed the bridge and decided it was a pretty good idea after all. In the late ’40s and early ’50s, The Times indulged in McCarthyite red-baiting – at least until a newsroom reporter, Ed Guthman, successfully went to bat for a UW professor falsely accused of being a communist and won the paper’s first Pulitzer for the effort.

The paper backed the Vietnam war and led the cheers for the WPPSS’ doomed nuclear projects, which ultimately cost ratepayers billions.  It played ball with Republican prosecutor and powerbroker Charles O. Carroll despite his links to corrupt cops. Often The Times‘ newsroom policy was to ignore the existence of Seattle’s vibrant gay communities until the late ’70s, when gay rights ballot measures forced the issue.

My week in the archives led me to one significant conclusion: I was in the wrong job.  If, in retrospect, our editorial stances were so frequently dead wrong, then why write them in the first place?  So I asked to go back to the newsroom – an unorthodox request that was granted without hesitation.

Was The Times‘ lousy batting average any worse than other papers?   I suspect not.  If one were to spend a week in the NY Times archives, I doubt the experience would be much more encouraging.

Why all the bad calls? Wrong-headed editorials could sometimes be blamed on dogmatic publishers; witness 80 years of Republican election endorsements.  More frequently, they simply reflected centrist politics and conventional wisdoms – especially those of the middle-aged white guys who dominated newsrooms and editorial boards.

I loved newspapers and the people who worked for them.  But the people I worked with were no smarter, no more perceptive than anybody else.  The only difference is that reporters and editors are exposed to a broader range of people and perspectives than desk-bound editorial writers. Good reporters learn to listen to and appreciate a range of views.

Also, there were powerful economic incentives to take centrist views.  Newspapers depended on ads that were based on how many people bought your newspaper. Editorial views that strayed from the mainstream risked antagonizing readers and advertisers, which was bad for the bottom line.

Given all this, I salute The Times journalists who decided it’s never too late to correct for the mistakes of their forebears.   That extensive feature won’t sell newspapers.  It certainly won’t undo the horrible injustices incurred 80 years ago.  But the belated critique will educate a younger generation of readers and help scribes and readers to identify today’s social and political blind spots. I tip my hat.