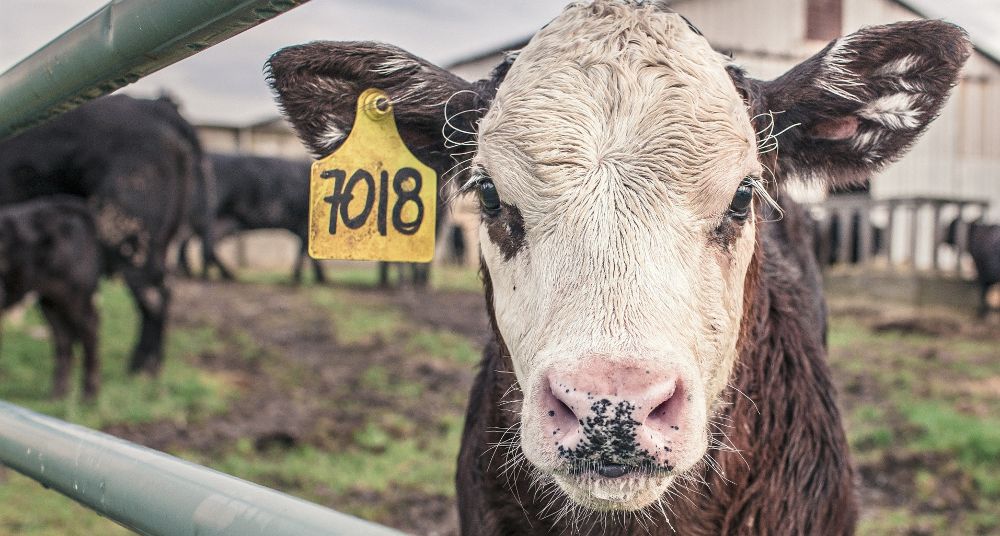 Pundits and climate advocates have hailed a “silver lining” to Russia’s brutal invasion of Ukraine: By driving up fuel prices and pointing up the risks inherent in depending on Russian gas and oil, it will speed Europe’s transition to greater energy efficiency and cleaner, greener renewable sources. But there is another opportunity for a green transition, highlighted by war-driven shortages of an even more vital suite of commodities: basic foodstuffs.

Together, Ukraine and Russia supply about 12 percent of all the food calories traded worldwide, including a third of wheat and 27 percent of barley exports. Ukraine alone provides 15 percent of the world’s corn and half its sunflower oil imports. Most of this trade goes through the Black Sea, now swarming with Russian warships. The U.S. State Department charges (and Russian officials naturally deny) that Russia is blocking Ukrainian ports to cut off grain exports and that it has bombed at least three civilian cargo ships.

Russia is also the world’s largest fertilizer exporter, thanks to its vast gas feedstocks. It recently suspended exports, threatening crops in Brazil, the world’s largest corn exporter, which depends heavily on Russian fertilizer. Even if these exports resume, sanctions and soaring prices may prevent other countries from ramping up crop production and filling the grain deficit.

This picture will only worsen if combat prevents spring planting in Ukraine or if Russia’s fertilizer cut-off severely reduces Ukrainian crop yields. To ensure against a “humanitarian crisis” at home, the Ukrainian government has announced a ban on exports of wheat, oats, and other staples. All this comes at a time when world food prices were already soaring.

Drought and other weather woes and pandemic disruptions had already constricted some supplies, and hunger was already rising in some low- and middle-income countries. On March 29 the head of the UN World Food Program, which gets more than half its grain supplies from Ukraine, warned the Security Council that it will have to cut its allotments to the 125 million desperate people it feeds in Yemen and other war-torn and famine-threatened regions. High costs have already reduced Yemen’s allotment by half.

Analysts shudder at the prospective political consequences. Food insecurity and inflation breed unrest; rapid food-price increases in 2008-9 sparked riots from Haiti to Bangladesh and helped drive the Arab Spring uprisings two years later. Many countries in Africa, South Asia, and the Middle East (where bread is the essential staple) get most—for hard-pressed Lebanon and Egypt, more than 80 percent—of their wheat from the Black Sea breadbasket.

So where’s the silver lining? The fact is, the world wouldn’t need exports from Russia and Ukraine—or, alternatively, from America, Canada, Australia, Argentina, Brazil, or any other particular supplier—if much more of the grain and legumes it grows were used to feed people directly, rather than livestock. About a third of all grain and 60 percent of all crop biomass harvested worldwide go to supply feed and bedding for livestock. A third of all cropland is used to grow animal feed; a much larger area, about a quarter of the planet’s land surface, is used as pasture, primarily for cattle.

This wasteful allocation of resources exposes the world to climate as well as food shocks. Meat production—again, primarily methane-burping, resource-hogging cattle—drives about 14 percent of climate forcing. Add to this the concomitant impacts on water supply, habitats, biodiversity, carbon storage (lost when forests get cleared for pasture and feed crops), and fossil-fuel consumption in mechanized farming and transport and to make fertilizer and pesticides.

For what benefit? Americans on average consume twice as much protein as they need, more than is good for their bones and kidneys. We and the planet would be healthier if we shifted to plant diets. Habits like eating meat die hard, especially if you’re around the object of fixation all the time. But spend a month in India eating delicious vegetarian food and you may find yourself wondering what the big carnivorous deal was. As climate-friendly sacrifices go, it’s a relatively easy one—surely easier, for many people, than giving up air travel and all the opportunities it opens up.

Governments in this country and in Europe spend large sums to nudge their societies away from fossil fuels. They fund or subsidize everything from clean-energy research and solar and wind generation to transit, bike lanes, and electric-vehicle charging stations, even insulation and thermopane windows. But they make no such effort to promote a food transition matching that energy transition. Instead, they subsidize the livestock and meat industries through marketing support and low grazing fees, and by letting them shift the environmental costs of their products onto the general public.

Now war-driven grain shortages give enlightened  another reason to sign onto a dietary transition. Global food supplies, equitably distributed (a big if), would be ample, and food insecurity would be but a memory, along with a significant share of the carbon emissions driving the climate crisis, if those who now eat meat switched to plant-based diets.

Eric Scigliano
Eric Scigliano has written on varied environmental, cultural and political subjects for many local and national publications. His books include Puget Sound: Sea Between the Mountains, Love War and Circuses (Seeing the Elephant), Michelangelo’s Mountain, Flotsametrics and the Floating World (with Curtis Ebbesmeyer), The Wild Edge, and, newly published, The Big Thaw: Ancient Carbon and a Race to Save the Planet.
Previous article
How the GOP Hopes to Retake the State House
Next article
We Regret the Error: 100 Years of Seattle Times Editorials