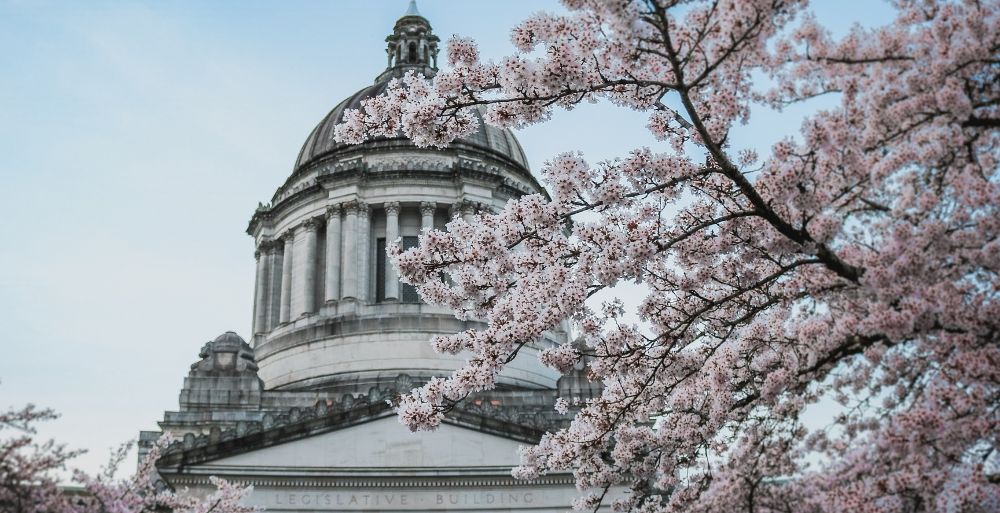 How the GOP Hopes to Retake the State House

A little while back, one of our better sources slipped us the link to an online poll. It only took a glance to tell what it was about — the smart money on the Republican side of the aisle testing potential candidates and messages in a state House district up in Snohomish County. Here’s a key question:

We did some asking around and figured out which pile of smart money was spending, so we can give you an early look at what figures to be one of the fiercest challenges the Republicans have made to the Democrats’ House majority in years.

First, a little history. The last time a Republican held the House Speaker’s gavel, it was only half a gavel, when Clyde Ballard was co-Speaker with Frank Chopp back in 2001, when the House was Tied¹.

Since then, although the Senate has changed hands a couple of times thanks to a couple of party defectors, Democrats have controlled the House consistently. Republicans made inroads in the mid-teens, cutting the margin to 50-48 after a special election in 2015. In 2016 and 2020 the two parties fought to a draw. In both years, Republicans lost a seat in Whatcom County’s 42nd District and took away a formerly Democratic seat in Southwest Washington 19th.²

But that election in between — the 2018 midterms halfway through the Trump White House — was absolutely miserable for the GOP. Progressive Democrats and Trump-averse moderates of both parties voted in droves. Republicans lost seven seats in the House and barely held on to 10 others, leaving Democrats with a 57-41 edge. Since then, R’s have been playing defense against a big and emboldened Democratic majority driven by its progressive wing.

Which gets us back to that poll. It was conducted a few weeks ago on behalf of the Reagan Fund, the soft-money political committee controlled by the House Republican leadership. Along with its hard-money counterpart, the House Republican Organizational Committee, it spent about $4 million during the 2020 cycle.

Republican polling firm Cygnal surveyed likely voters in the 44th District, which includes the cities of Mill Creek and Snohomish. The Senate seat was held until last year by moderate Democrat Steve Hobbs, who was deftly removed to the Secretary of State’s office by Gov. Jay Inslee. One of the House members, veteran Snohomish County politician John Lovick, got promoted.

So Lovick’s replacement in the House, Democrat Brandy Donaghy, has yet to face the voters. Her seatmate, Democrat April Berg, is just finishing her first term in the House. The district got slightly more Democratic in the redistricting process because some of its rural territory wound up in the neighboring 12th District. It’s still among the most competitive in the state, at about 47 percent Republican.³

The folks at the Reagan Fund wouldn’t give us the whole poll. But they were happy to share the result of that question at the top.

That makes it look like the two seats in the 44th might be a real target for Republicans. The poll tested the favorability of the three incumbents and three potential challengers from the GOP:

The results of that question were likely pretty inconclusive, especially since the pollsters got Donaghy’s name wrong. Most people couldn’t reliably name their state representative, let alone a potential challenger, even with a crisp Ben Franklin on the line. So they also tested descriptions of the candidates without the names attached, which is where things get interesting.

Here are the descriptions of Berg and Donaghy, the Democratic incumbents:

Note that the pollsters include the incumbents’ race in the description. The district is nearly 65 percent white and less than 3 percent black. They also included voting-record messaging designed to fire up tax-averse voters and folks on the rightward half of the broad argument over law enforcement policy.

And here are the descriptions of the Republicans: Ryne Rohl, Mark Harmsworth, and Mindie Wirth:

Note that these descriptions are mostly straight biographical summaries, without the politics, except for Wirth. In her case, the pollsters added some language about her work on Referendum 90, the 2020 bid to repeal the new sex education law passed by the Legislature. Voters nixed that repeal, but it played well in Republican areas. Snohomish County voters rejected it 56-44.

So what are the operatives at the Reagan Fund looking for here? Winnable matchups. Because down the road, they’ll have to budget where they should spend the money at their disposal, and they don’t want to bet on any weak horses.

The filing deadline isn’t until May, so the field may not be completely set yet. But here’s what we do know. Rohla, who has been raising money for the race since November, is expected to challenge Berg. On Monday, Harmsworth filed the paperwork necessary to raise money to take on Donaghy. We’re told Wirth won’t be filing. Looks like the smart GOP money has found its horses in the 44th.

1 I arrived in Olympia during the Tie, which I thought would be fascinating to cover. Turned out to be really, really dull, especially since I was coming from covering the Alaska Legislature, which was, shall we say, more colorful.

2 Dueling lessons of demographic change: Parts of Bellingham look more like Ballard every year, with voters to match. Meanwhile, the old FDR Democrats of the 19th have mostly gone to their rewards.

3 Again, we’re using the Redistricting Commission’s metric for generic R/D split, the vote in the 2020 race for State Treasurer.

The author is editor of the political website, washingtonstatewire.com, where this article first appeared.

Paul Queary
Paul Queary, a veteran AP reporter and editor, is founder of The Washington Observer, an independent newsletter on politics, government and the influence thereof in Washington State.
Previous article
Critical Math Theory: Parents Don’t Like it!
Next article
World Food Crisis as Ukraine Halts Grain Exports? There’s A Simple Solution (and a Silver Lining)