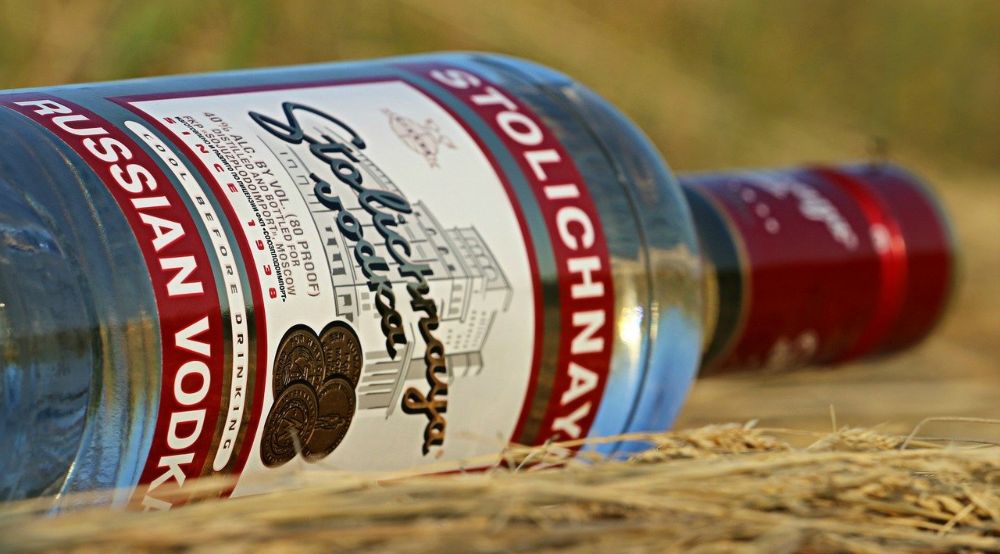 Are Bans on Russian Vodka Hitting the Wrong Target?

America and its staunch allies are fiercely sanctioning everyone and everything from Russia.

If there is a notable target it would be billionaire Yuri Shefler. His success is due to ownership of the one-time famous Russian trademark vodka, Stolichnaya, whose brand is prominently displayed at pubs and bars throughout the world. But the brand, which has actually been made in Latvia for years, recently changed its name to Stoii in reaction to the invasion of Ukraine.

A snapshot view of the boycotts or sanctions against vodka associated with Russia can be deceiving, and the narratives surrounding those are complicated.

Several American governors have ordered their state-run liquor stores to pull Russian-made spirits from the shelf while Ohio’s governor Mike DeWine took action to block the purchase and sale of Russian Standard vodka, a brand imported directly from Russia. The backlash undoubtedly is having an impact on the privately-owned Stoli, which has long been marketed as Russian vodka even though it wasn’t made there. Several bar owners across the country have stopped serving Stoli, even posting videos of themselves pouring out bottles of the liquor, according to the New York Times.

The governors — and the bar owners — should know the full story. It dates back to the early 1990s, during the Boris Yeltsin era when Stolichnaya was the famous Russian brand of vodka. After the breakup of the Soviet Union, Russia’s Ministry of Agriculture collaborated with the employees of a state-owned company to transform the brand into a joint-stock company to produce and market the familiar label.

The operation was beset with bankruptcy plus a $50 million debt. Eventually, Shefler and a group of investors appropriately acquired the company. They paid off the debts and invested $200 million to set up the company’s new name, SPI. It became a highly successful business.

When Vladimir Putin came to power, Shefler, along with Mikhail Khodorkovsky and Vladimir Gusinsky, had to deal with his wrath and intent to seize private company assets and trademarks. The Putin playbook was to bring false charges against Shefler, have him imprisoned and then the state would take ownership of the company. While Khodorkovsky and Gusinsky were arrested, imprisoned and forced to sign over their assets to the Kremlin, Shefler managed to exit the country safely.

But that was not the end of his troubles with the Putin regime. After the seizure of SPI’s vodka brands in Russia by the government, the company was forced to relocate its bottling plant to Riga, Latvia and its executives were forced to quickly leave Russia. They were engulfed in legal disputes over the brand trademark, initiated by the Kremlin claiming state ownership in more than 20 countries. Fortunately for Shefler, the courts in Austria, Lebanon and Brazil all rejected Russia’s injunction petitions against SPI Group.

Likewise, in 2006 and 2011, the Federal District court for the Southern District in New York dismissed claims raised by the Russian Federation’s proxy company, Soyuzplodoimport.

While Shefler prevailed on the legal and trademark issues, his political problems continued. This is when my firm, APCO
Worldwide, a global public affairs and communications company, and I became involved. (I am now retired from APCO and my professional involvement with Schefler was nearly 20 years ago.) For Shefler and other Russian businessman who dared to confront the Putin regime, reaching out to the U.S. was the last resort.

At the time, Shefler resided in Switzerland and London, but had his production facilities in Latvia. Russian officials relied on bogus criminal charges to get the INTERPOL to apprehend Shefler in his travels to Latvia or elsewhere, and turn him over to the Russian government.

His name appeared on the U.S. Department of State’s “blacklist” that would deny him visa rights to visit America. Congressman Tom Lantos (D-VA) senior member of the House Foreign Affairs Committee and chief advocate for human rights, visited the SPI distillery in Latvia, as well as a congressional delegation in 2012, that resulted in the Latvian government allowing Shefler to freely visit his SPI production operations there. Also, Rep. James Sensenbrenner (R-WI), chairman of the House Judiciary Committee at the time, requested a review of the so-called blacklist that led to the State Department’s determination that Shefler was mistakenly put on the list.

He eventually visited Washington, D.C., and I arranged for him to meet both congressmen to express his gratitude. A few years ago, my daughter sent me a photo of a luxury yacht parked at Pier 90 in Seattle. Yes, it was Shefler’s. The presence of the $330 million yacht, one of the world’s largest, was widely reported by Seattle’s news publications in August 2013. It was spacious, allowing up to 24 guests comfortably, plus 52 crew members. While it was docked for repairs, it also generated some revenue. European news media reported that Microsoft’s Bill Gates and his family chartered Shefler’s luxury yacht, at an estimated cost of $2.1 million a week.

Beyond the luxury yacht and extravagant lifestyle, Yuri Shefler built a respected international brand that has been hugely successful. The SPI Group now produces and sells alcohol under 380 brands in 170 countries. That’s before the boycotts or sanctions on Stoli and other vodka brands believed associated with Russia. (Russia’s own vodka production is mostly for internal consumption).

The reality is that Yuri Shefler has been a critic of Vladimir Putin and more recently, Russia’s horrendous attacks on Ukraine. Back in 2013, after Putin enacted a few draconian laws cracking down on the country’s gay community, the vodka makers publicly condemned Putin.

When the vodka was rebranded as Stoli recently, Shefler released a written statement to the Eater website: “While I have been exiled from Russia since 2000 due to my opposition to Putin, I have remained proud of the Stolichnaya brand. Today, we have made the decision to rebrand entirely as the name no longer represents our organization. More than anything, I wish for ‘Stoli’ to represent peace in Europe and solidarity with Ukraine.”

So, if governors across America and other actions against Russian brands impact the SPI-owned vodka brand, it will undoubtedly delight Vladimir Putin, knowing that one of his nemeses is feeling the pain of his actions.

Don Bonker
Don Bonker is a former Member of Congress from Washington’s Third District and former chair of the House Foreign Affairs Subcommittee on Trade. He now lives on Bainbridge Island and consults on international trade issues.
Previous article
Dentistry, Italian Style
Next article
The Church of the Imperfects, the League of the Guilty