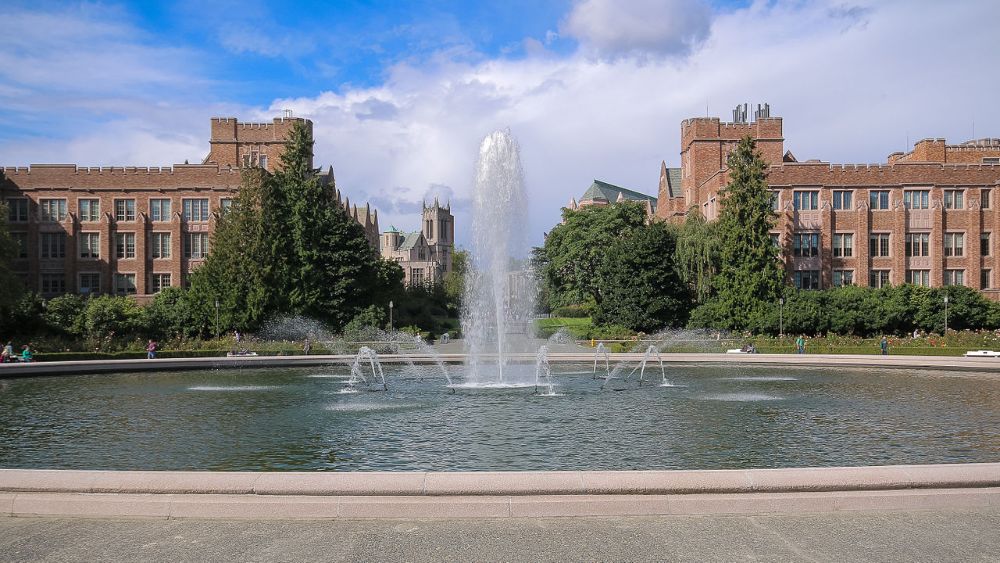 Conservatives have criticized Joe Biden’s nomination of Kemanji Brown Jackson as an “affirmative action” appointment. Of course, that’s exactly what it is: Which is not to say she’s unqualified. (Tucker Carlson may want to see her LSAT scores, but get real.) She’s highly qualified. In fact, all three of the women Biden was considering for the Court seemed like good choices.

And picking a Supreme Court justice from a specific group isn’t exactly new. Our previous President didn’t exactly open his search to all comers. He was explicitly looking only for potential justices who would be willing to overturn Roe, which has been settled law since 1973. Next up: universities’ use of affirmative action.

Those issues are often lumped together, which may make sense ideologically but not otherwise. The current challenge to affirmative action is often discussed in the same breath as the challenge to Roe and the effort to expand Second Amendment limits on regulating firearms. Ideologically, they’re all perhaps related. But constitutionally, they’re not.

In Roe and the later Casey, SCOTUS recognized – or, if you prefer, created – a woman’s clear Constitutional right to have a pre-viability abortion. A state or local government couldn’t (in theory, anyway) interfere. In Heller, SCOTUS recognized – or, if you prefer, created – virtually anyone’s clear individual right to own a gun. A state or local government could regulate gun ownership but not forbid it. In the first big affirmative action case Bakke, brought by a man who hadn’t been accepted by the UC Davis medical school, a fragmented SCOTUS decided that a university could take race into account – as one of an un-named number of factors – in admitting students.

The Bakke court decided and the Grutter court, brought by a woman who hadn’t gotten into the University of Michigan law school, later affirmed that a university couldn’t set a numerical quota and couldn’t use race as the only criterion, but could – if it could prove a compelling government interest — consider race.

Four of the Bakke justices would have been OK with racial quotas. Four others would have been OK with banning any consideration of race. They didn’t even bother with a constitutional argument. They thought that Title VI of the Civil Rights Act made it illegal for any entity that received federal dollars from considering race. Justice Powell split the Solomonic baby for the court. He reasoned that the First Amendment somehow embraced academic freedom, and academic freedom somehow included admission policies, so yeah, universities should have the freedom to consider race.

This opened what was theoretically a very narrow window but was in the real world, some people argue, a wink and a nod for universities to do – short of establishing numerical quotas – pretty much as they pleased.

The plainitffs in the case now before the court have argued just that. Students for Fair Admissions is suing both Harvard the University of North Carolina on behalf of Asian-American students who argue that by admitting less-qualified members of other minority groups, they have discriminated against the more-qualified Asians who can’t get in.

In its petition for certiorari, asking SCOTUS to hear the case, the organization quoted Justice Harlan’s famous dissent in Plessy v. Ferguson, the 1896 case that established the principle of “separate but equal.” Students for Fair Admissions argued that :”The Court vindicated the promise of equality in Brown v. Board of Education [the key 1954 school desegregation decision that decided separate was inherently unequal]. “Yet,” the group said, in Grutter, the court “abandoned the principle of racial neutrality that Brown vindicated. Grutter did so by improperly affording broad deference to university administrators to pursue a diversity interest that is far from compelling. To this end, Grutter endorsed racial objectives that are amorphous and unmeasurable and thus incapable of narrow tailoring. Unsurprisingly then, universities have used Grutter as a license to engage in outright racial balancing.”

As some think universities should do just that. Washington Gov. Jay Inslee made some news earlier this year by signaling some virtue about affirmative action. Washington voters have had two cracks at affirmative action, and have rejected it both times. In 1998, they passed Initiative 200, which banned “discriminating against or granting preferential treatment to individuals or groups based on race, sex, color, ethnicity, or national origin in public employment, public education, or public contracting.” The 2019 legislature modified it to let the state “remedy discrimination against, or under-representation of, disadvantaged groups.” But then voters narrowly repealed the legislation by referendum. Then-Gov. Gary Locke had issued a directive basically saying the state would follow the law as established by I-200.

In January, Inslee repealed Locke’s order. He based his action on an attorney general’s opinion that in turn was based on a state supreme court decision that said “Initiative 200 does not categorically prohibit all uses of race- or sex-conscious measures in state contracting. The measure allows the use of measures that take race or gender into account in state contracting without elevating a less qualified contractor over a more qualified contractor. In narrow circumstances, an agency may be allowed to use a narrowly tailored preference based on race or sex when no other means is available to remedy demonstrated discrimination in state contracting.” Implausible though that might seem under the clear language of I-200, it rests on a state supreme court decision that involved Seattle’s assignment of students from over-crowded high schools.

The court actually didn’t talk about contracting. It was looking at school choice in the light not only of more general constitutional principles but also of education’s unique place in the Washington constitution. The court did conclude that “the act prohibits some, but not all, race-cognizant government action.” It said that “[a]ffirmative action programs which advance a less qualified applicant over a more qualified applicant are now impermissible under Washington law.” However, “[p]rograms which are racially neutral, such as the Seattle School District No. 1’s open choice plan, are lawful.”

This leaves a lot of gray area, which is to say a lot of room for litigation. But it may all go straight out the window if SCOTUS rules that any governmental preference violates the Constitution. And it may be pretty easy for a Supreme Court majority that lies outside the mainstream on other issues – and may be willing, after nearly half a century to scrap Roe – to do just that. Clarence Thomas will certainly vote to do so. He has opposed affirmative action for decades. He has argued that “Whether deemed inferior by the crudest bigots or considered a victim by the most educated elites, being dismissed as anything other than inherently equal is still, at bottom, a reduction of our human worth.” Thomas has voted often with a conservative minority during his 30 years on the court. He is in the minority no longer.

So don’t expect affirmative action to survive this SCOTUS term.

Dan Chasan
Previous article
A Citizen Lobbyist Learns the Subtle Arts of Influencing Olympia
Next article
The Senate on Daylight Saving: Wow! We Passed a Bill!