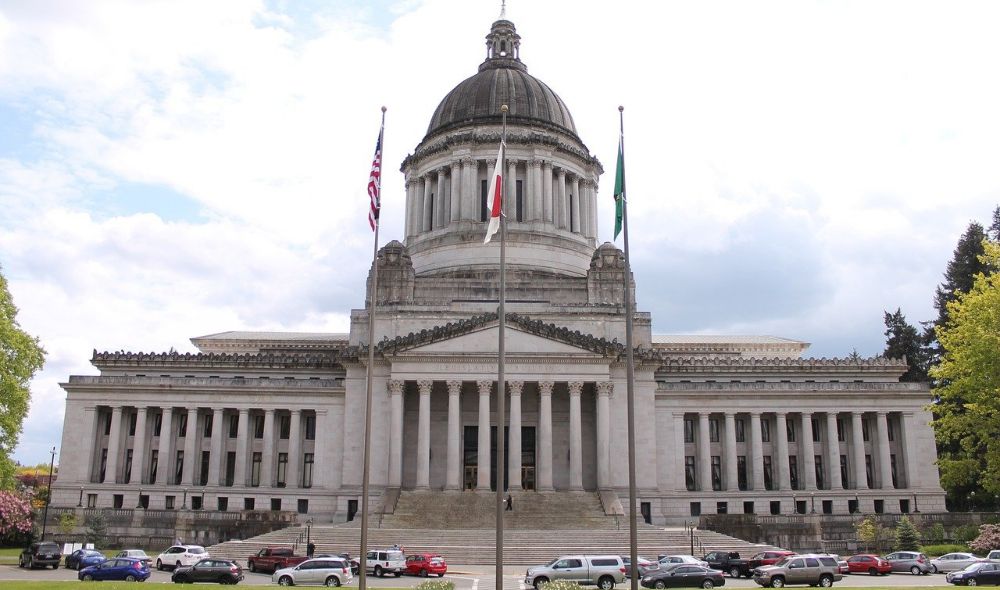 A Citizen Lobbyist Learns the Subtle Arts of Influencing Olympia

I have spent the past 55 years as a citizen lobbyist in Olympia. So what have I learned about what works and what fizzles?

My first visit to the state capital was in 1965, sent to support an appropriation of $20,000 to the University of Washington to conduct research on “crib death.” It was the first grant on the subject to be awarded anywhere. Subsequently I represented the Washington Chapter of the American Academy of Pediatrics and the Washington State Medical Association, but mostly I lobbied on matters of personal concern, never representing the three wonderful institutions that employed me: Seattle Children’s Hospital, Harborview Medical Center, and the University of Washington.

Aware of my amateur status, I sought advice on tactics from the pros. Some illustrative examples:

Guardian against ghosts: In 1969 I sought to have a law repealed requiring that “practitioners of the healing arts” pass an examination in the basic sciences before being licensed.The subjects were: chemistry, anatomy, bacteriology, physiology, pathology, and hygiene. The test was onerous for individuals long out of college, and had little relevance to the practice of medicine. After interviewing the six members of the Basic Science Board, I wrote a paper in a regional journal, Northwest Medicine, called “Guardian Against Ghosts.”

A repeal bill was introduced but blocked from Senate floor action by the Democratic majority leader, Bob Grieve (D-West Seattle). Grieve also was the lawyer for the state osteopathic association, but when I asked him if he saw any conflict of interest he said, not at all. “Hell no, the osteopaths only pay me $500 a year. That’s not enough to influence how I vote.” With Grieve’s support, the Board was abolished the next year.

The Rubber Bill:  When latex condoms first became available in the 1920s, moral vigilantes in state legislatures, Washington among them, were quick to enact laws aimed at limiting their use as a contraceptive. They could only be dispensed by pharmacists. and labelled as a “prophylactic only for the prevention of disease.” In 1971 I prevailed on Sen. Pete Francis, an ever-friendly Democrat from North Seattle, to sponsor a bill to abolish the law. Not mentioned in my testimony was the memory of slinking out of a drug store when a woman clerk asked how she could help me. Rather I said in my testimony, “allowing condoms to be sold in gas stations would have a greater effect on infant mortality than all the newborn intensive care units in Washington State.”

I was worried that the bill might be killed by social conservatives fearful of encouraging youthful sex. Seeking to preempt such opposition, I met with the arch-conservative from Toppenish, Perry Woodall. He never mentioned morals. Rather, to my amazement, he said : “I’ll support the bill; those pharmacists shouldn’t have that monopoly.” The “rubber bill” was enacted and condoms eventually found their way into gas station vending machines.

The Roaring Harleys: The evidence that motorcycle helmet laws reduce the incidence of brain injuries is unassailable. Such a law was first enacted in Washington in 1967. Spurred by the principle that the state should not curtail the freedom of bikers to ride with the air swishing through their hair, the law was repealed in 1977. Several attempts were made to get it reinstated. Each time committee hearings were held, the parade of noisy Harleys riding around the capitol building probably contributed to the emphatic rejections of the bill.

Working in the Harborview Trauma Center provides a different perspective. There are the initial resuscitation efforts, support to shocked loved-ones, and for those who survive, months of rehabilitation. How much does all this cost, and who pays? In 1988 my colleagues examined the bills of 105 motorcycle trauma victims. The average cost per patient was $25,000, 63 percent of which was paid for with public funds, mostly Medicaid. Looking at these figures, a number of conservative legislators lost their enthusiasm for the freedom of helmetless cyclists, and the law was reinstated. As predicated, a reduction in the rate of motorcycle head trauma followed.

Can we talk? I was struck with how easy it was to meet with legislators, and how friendly they were despite their position on the political spectrum. For example, Sen. Linda Smith sat on the furthest tip of the conservative spectrum. At times her fundamental religious beliefs got mixed up with her politics. Yet as chair of the Senate Appropriations Committee, she was responsible for a substantial increase in payments to foster parents. I stopped by to thank her. It should be said with admiration that child welfare and mental health have been exempt from political wrangling in the Washington Legislature.

A visit with Sen. Jack Metcalf, the libertarian icon from Whidbey Island, was similarly enjoyable. I forget what I was requesting, but he was so gracious in explaining why he could not support my proposal that I exited the meeting with satisfaction.

In the early 1990s, however, my lobbying became more difficult. Because my targets were no longer politicians, but administrative staff in the Department of Social and Health Services (DSHS) whose default response to change was “no.”

Improving Foster Health Care: In 2000 I set about promoting attempts to create a coordinated system of health services for children in foster care. It took five years. The problem was that two “branches” of the Department of Social and Health Service (DSHS)  were involved – Children’s Administration, led by social workers who “owned” foster children, and Medicaid, who paid the bills for their medical care. When difficulties arose, there was no number to call for foster parents or health care workers. Worse, there were no care plans for kids with chronic conditions, or any monitoring of the prescribing of psychoactive drugs. I wrote countless letters and held numerous meetings with DSHS administrators all the way up to DSHS Secretary Dennis Braddock, who wrote:

“I have nothing against you, but I need to let you know that a number of our community partners have indicated that they find you difficult to work with. You have a hard-earned, and I believe, admirable reputation for being a pain in the ass in advocacy for children, but many bridges have been burned, and the toll is cumulative.”

Braddock was the best of the eight or so DSHS Secretaries I came across. He was blunt (obviously), readily available, and knew how to deal with his former legislative colleagues. But even Braddock could not compel the two units to collaborate. Mindless as it seemed, the legislative process had to be employed.

A bill to create “a foster care health unit in DSHS” eventually passed. But one more complication arose. An official in the Office of Management and Budget claimed that the new unit would cost $2 million. It was not true; but the claim prompted Gov. Gregoire to consider a veto. Rep. Shay Schual-Berke, sponsor of the legislation, made an impassioned last minute plea to the Governor. She signed the bill.

In 2016 thanks to the efforts of Rep. Ruth Kagi, the Washington Health Care Authority contracted with Coordinated Care, to operate a statewide managed care program that covers medical, dental, and behavioral health. It is now a national model for foster health care.

The law that got lost: In 2013 my then 14-year-old son was involuntarily committed to a psychiatric hospital. His subsequent trajectory proceeded through jails, hospitals, supported living, and a tent under the freeway. I was a regular visitor to courtrooms, jails, and hospitals, and became sensitized to the despair and sense of futility experienced by parents of children in similar situations. No constituency exists to support individuals with chronic mental illness and/or addiction other than their loved ones. But formidable barriers in the legal and medical systems keep families from doing so. Breaking down these barriers has occupied my attention for the past 10 years.

One obstacle is the inability to obtain basic medical information. In 2018 Rep. Christine Kilduff sponsored a bill  allowing hospitals and providers to disclose health care information to “persons with a close relationship with the patient without the patient’s consent. The wording of the enacted law had been carefully vetted to conform with federal HIPAA regulations. It was enacted.(RCW 70.02.205)

A year later,  not knowing the whereabouts of my son, I called Western State Hospital (WSH) to inquire if he was there. “We can’t tell you,” I was told.  After finding that he was there, I asked two social workers if they were aware of “the new law.”  Neither they, nor anyone else at the hospital had heard of it. The law had gotten lost.

I thought my legislator-friends would share my indignation. They did not.  “We’ll fix it next session,” I was told. Officials at DSHS promised to “look into it.” An official in the governor’s office carefully explained why nothing could be done.

I finally turned to House Speaker Frank Chopp, who sits at the top of my legislative all-star team. He never stopped being the idealistic community organizer from Fremont. At the same time he knows that ideals are only realized by practicing a tough brand of politics. (Other players on my All-Star team are Eileen Cody, Lauren Davis, and David Frockt.)

Thanks  to Chopp’s “attention,” DSHS officials “found” the law, and issued regulations to implement it. Chopp also inserted a  provision into the 2020 House Appropriations bill to create a visitors center at WSH, as well as phone and video capacity to connect  patients with their loved-ones. To their credit, the WSH administration embraced the plan. I was pleased with the care my son got at WSH.

Seattle native Abe Bergman is professor emeritus of pediatrics at the UW. 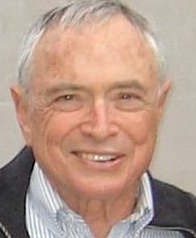