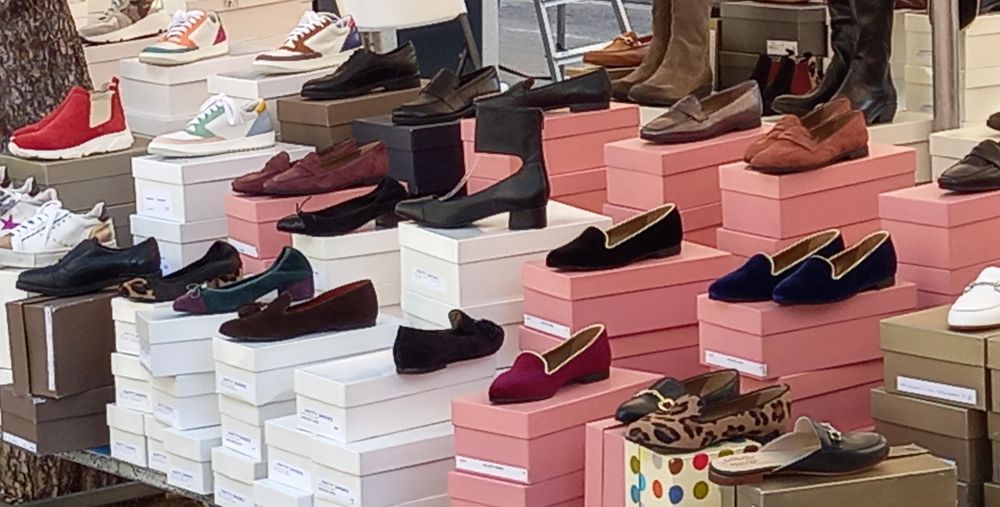 What Italy Can Teach Us About Beautiful Handmade Objects

Most of my life I have gravitated toward objects made by human hands. Perhaps that’s one reason I became an architect. But buildings aren’t the only thing that can be crafted by personal skill with beautiful results. Everyday items can lend themselves to that as well. However, in the last 200 years of industrialization, automation, and recently simulation, handcrafted things have become more difficult to find. That makes them precious and valued.

One reason we chose Italy’s Marche region where we now live is the abundance of handmade items. These are produced by family-owned farms, small factories, artisanal studios, and home workshops — often with traditional methods that go back centuries. During visits to Italy in past decades, some of these were obvious. The art. The foods. The wines and liqueurs. The blown-glass pieces made on Murano Island in Venice are one specific example. All of these are immediately evident to someone spending even a few days in Italy.

But so much of Italian culture and artistry is like the proverbial peeling of an onion. The more layers you remove, the more you find beneath. With some, it takes time to find the luscious center. And you can easily snag yourself along the way on some unexpected impediment. Perhaps in Italy’s case, the onion is not the best metaphor, but rather the artichoke — with its outer thorny leaves protecting the rich-tasting heart.

Like many Americans, I had not known much about the Marche region in east-central Italy. It was merely a part of the country difficult to reach. Indeed, the formidable Apennine Mountains form a psychological and physical barricade from the westerly parts of Italy that are inundated with tourists — Rome, Tuscany, and Liguria. Even Venice, its watery wonderland only a few hours away to the north, seems like a different world.

I recently came across an infographic map that proportionally depicts regions in Italy that are most visited by tourists. It’s a curious diagram in that it is scarcely recognizable as Italy. Of the country’s 20 regions — each with a distinct character and culture — only four dominate the peninsula as a truncated and misshapen boot. A few other regions are recognizable by their shape and size. Most are barely visible dots. Secret hiding places exist in plain sight, in the middle of Europe no less.

One reason for this distribution of attractions is that many travel writers keep writing the same story, over and over. It’s always “Secrets of the Cinque Terre,” “Discovering Venice,” or “Five Great Places to Visit in a Week.” And those are always the same five, no matter the author. Surely, after centuries of attracting tourism, most people can name those places by now without the help of an online travel “influencer.” Maybe some writers should get off their computers and travel to some other spots? What a concept.

The Marche region is one of many parts of Italy that offer delights unknown to most people taking the contemporary equivalent of the two-week “Grand Tour.”  A wide range of handcrafted items in this region alone can be found, sometimes in small, off-the-beaten-path villages. Locals are fiercely proud of their long-held and refined artistry.

Six years ago on a visit, we discovered Montappone, a village that excels in exquisite, custom-made hats. We purchased several that we use for special occasions and every day. Subsequently, we learned about shoe-making artisans in other locations. Shoes crafted of fine, buttery soft leather. Artisanal shoe factories can be found throughout the surrounding, largely pastoral, countryside in the province of Fermo. Sleekly modern retail showrooms carrying specific local brands hug the coastal highways where they have good exposure and easy access.

Wineries abound in all directions. Some have labels that never leave the region, much less the country. The region even has a unique wine, vino cotto, made by people in their homes, using the leftover must from larger producers. From time to time, our neighbors give us their vino cotto in recycled liquor bottles. To me it tastes like a fine, well-aged port. It’s served at community dinners held outdoors in a big piazza every summer.

We can see the town of Montottone from our windows, across the rolling farms and fields in the broad valley between us. That town has a long history of producing practical pottery. Not like the famous, highly decorative ceramic ware from workshops in the Umbrian town of Deruta, but rather dinner plates, serving dishes, pitchers, cups, and bowls meant to be used daily. The basic shapes have remained constant over many decades, but the glazes have been modernized, with intense colors and free-form accents.

The hand-thrown and kiln-fired pieces are a blend of classic and contemporary techniques. We have been slowly building a collection that we bring out when having guests for meals. They are sturdy, basic, and beautiful. We have come to know the Bozzi family, one of the families that have carried on the pottery-making craft for generations. Their workshop is a rabbit warren of spaces carved out of the massive medieval city wall. Walking through it is like going back in time a couple of centuries. One of the original hand-built wheels still sits in a prominent position among all the pieces lined up to cure on thick, wooden shelves mounted to the rough stone walls.

Grottazzolina is a small hilltop town with a hand-made clothing store in its historic center. On a trip in 2016, we met the gentleman who owned it. He was around 90 years old, meticulously dressed, gracious, and energetically talkative. He proudly showed us his workroom in the back, filled with old Necchi sewing machines on tables. I bought a beautifully made raincoat. Sadly, when we returned a couple of years later, we learned the gentleman had passed away. His equally affable son, Alessandro, had taken over the business. We now know him as a friend.

Offida is a town few Americans have likely heard of. Much larger than our village, it has a grand opera house, several excellent restaurants, a well-known winery, a museum, and some ancient monuments. We recently had a splendid lunch of risotto with fungi while overlooking the central piazza where schoolchildren noisily horsed around while waiting for a scuolabus to take them home.

Offida is known in this region for a unique type of lace called tombolo. Various shapes and strips of intricate lace are made on little tufted work benches that resemble stools with long legs. The artisans rapidly work a cluster of small sticks with their fingers to weave designs in white threads of varying thicknesses. This handcraft is, unfortunately, becoming a lost art, as some older women artisans have passed away. A lacemaking village in another region no longer offers its craft after the last person who knew how to make it died.

In one tiny shop, we chatted with a slender, elderly woman who was focused on making a lace item as we entered. She was alert and spry and launched into a lengthy lecture about the ancient craft. Of course, she said her own lace was the best in town. We winked at each other, bought an item, and we definitely plan to return.

In recent years, the village’s traditional lacemakers have added a fascinating twist to their craft. They weave fine filament wire into bracelets and earrings. Artful details are created with tiny beads and colored wires, sometimes mixing gold and silver. The result is delicate-looking but very strong jewelry. I’ve never seen anything like it.

These traditional crafts help make this region a continuous feast of fascinating new discoveries.  We feel fortunate to be surrounded by amazing talents and deep traditions. Now, if only I could find a place that makes an artisanal substitute for chicken enchiladas.

Mark Hinshaw
Mark Hinshaw is a retired architect and city planner who lived in Seattle for more than 40 years. For 12 years he had a regular column on architecture for The Seattle Times and later was a frequent contributor to Crosscut. He now lives in a small hill town in Italy.
Previous article
Why Sanctions Haven’t Worked Before, and Why They May Well Work Against Putin
Next article
A Citizen Lobbyist Learns the Subtle Arts of Influencing Olympia