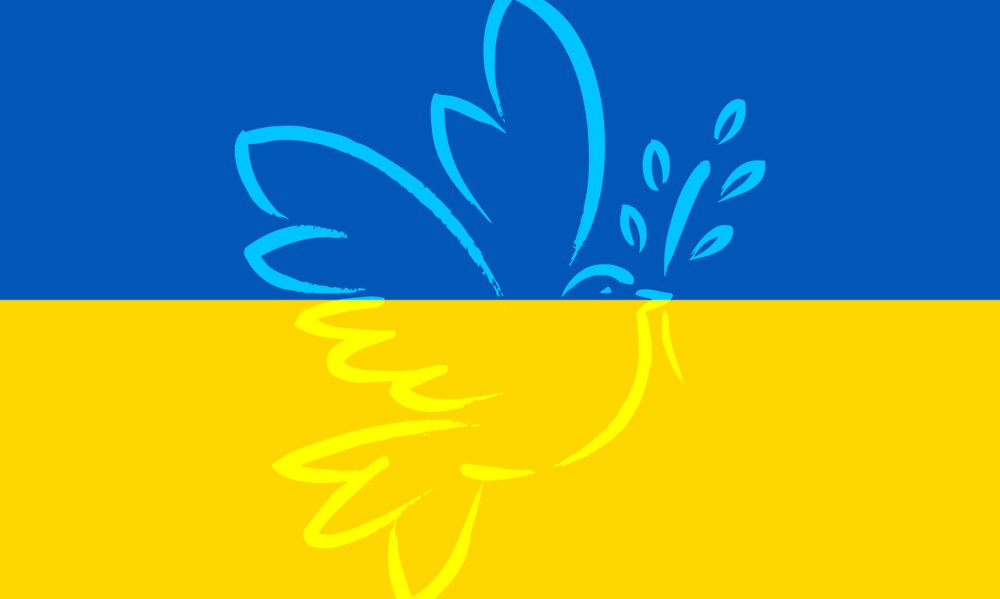 Of “Just” Wars and Moral Responsibilities

Some of the American progressive response to the Russian war on Ukraine, euphemistically called “special military operation” by the Kremlin, has been to deplore all war and lament this one. Of course, all war is deplorable. The scenes from Ukraine are clear evidence of why war is deplorable. To lament the loss of life, destruction and people forced from their homes and lives is an essential minimum.

But not all wars are the same. And a broad brush denunciation of war as evil is not a sufficient response to this one. Nor is it sufficient to claim that Russia isn’t doing anything different than what the U.S. has done under the rubric of the “Monroe Doctrine,” as Bill Maher and Bernie Sanders, among others, have suggested. Not all cats are grey.

There is, in Christian thought, the tradition of a “Just War.” It is a war that meets the following criteria:

The opposition of Ukraine and its military to the Russian invasion meet those criteria. It is for a just cause — defense of the nation, its sovereignty and independence. The lawful Ukrainian government has clearly declared its intent (defensive) and position. The intentions, again, sovereignty and independence of Russian domination, are just. Zelensky and NATO (with US backing) did try all other ways of resolving the conflict and remain open to and available for talks that might lead to the war’s end or at least a cease-fire.

Only the last — “a reasonable chance of success” — might have been questionable, at least at the beginning of the conflict. But it now appears that the massive Russian buildup at the border, clearly intended to intimidate Ukraine into submission, has not led to a quick or easy Russian victory.

What it has led to is speculation that the vaunted strength of the Russian military has been overstated. Here’s an excerpt from Heather Cox Richardson’s post:

“At the very least, the underperformance of the Russian military will enable opponents to exploit the holes it now sees (today, for example, it appeared that Russia’s boasted encrypted battlefield communications system doesn’t actually work).

“More, though, the missteps of the Russian army have significantly weakened the country. Estonia’s chief of defense, Lieutenant General Martin Herem, told reporters “Today what I have seen is that even this huge army or military is not so huge.” Brigadier General Rauno Sirk, commander of Estonia’s air force, said of the Russian air force: “If you look at what’s on the other side, you’ll see that there isn’t really an opponent anymore.”

“Andrei Kozyrev, Russia’s foreign minister from 1990 to 1996, tweeted: “The Kremlin spent the last 20 years trying to modernize its military. Much of that budget was stolen and spent on mega-yachts in Cyprus. But as a military advisor you cannot report that to the President. So they reported lies to him instead.”

One of the problems with the “just” war tradition for Americans is that America has overused it. We have routinely claimed that all our wars were “just,” as in the 2003 Iraq invasion. I dissented from that view at the time. Overuse of the just-war tradition and criteria has now resulted in disuse, at least on the part of progressive Christianity.

But the importance of this tradition is that ethical thought must be capable of making distinctions. To simply say “all war is bad or wrong” is not as egregious as saying “all (our) wars are good,” but it’s about as unhelpful.

Ukraine’s defensive war is a just war. U.S. support for Ukraine and sanctioning of Russian, while refusing to become a direct combatant, is also wise and just. Moreover, it takes considerable courage to exercise such restraint. At least some Republicans have gone from one extreme to another in recent weeks. Lauding Putin then, but now calling for direct U.S. intervention. I applaud the Biden administration for walking a fine line.

But let’s not kid ourselves that it is a helpful or an ethical Christian response is simply to say all war is bad or wrong or to say that Russia’s war is okay because “America has done the same thing.”

Anthony B. Robinsonhttps://www.anthonybrobinson.com/
Tony is a writer, teacher, speaker and ordained minister (United Church of Christ). He served as Senior Minister of Seattle’s Plymouth Congregational Church for fourteen years. His newest book is Useful Wisdom: Letters to Young (and not so young) Ministers. He divides his time between Seattle and a cabin in Wallowa County of northeastern Oregon. If you’d like to know more or receive his regular blogs in your email, go to his site listed above to sign-up.
Previous article
The Problem: Putin’s Brain or Putin’s Braintrust?
Next article
Total Compromise: How William Barr Sold his Soul