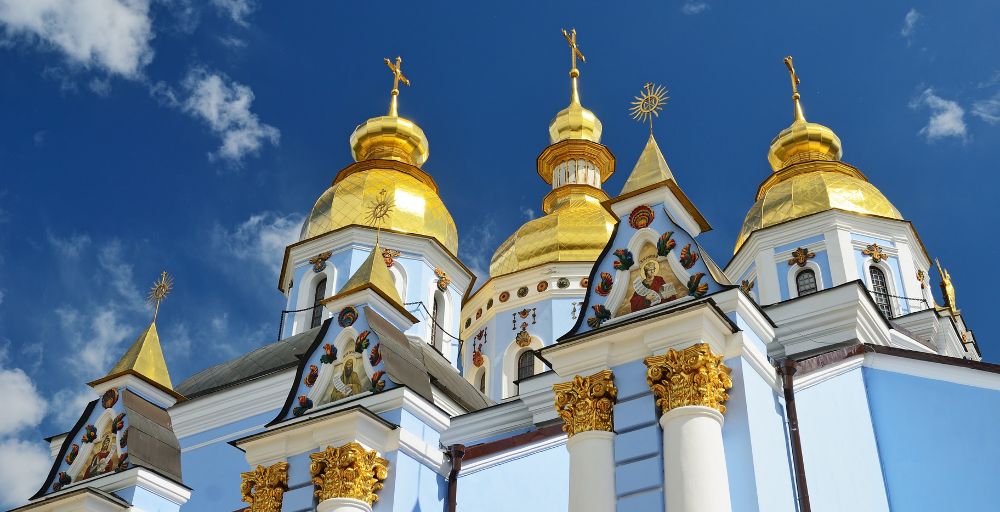 Uncomfortable Dance: The Religious Factor in the War in Ukraine

The relentless march to a war in Ukraine is awful. As always, it will be largely innocent and mostly vulnerable people who will bear the heaviest cost of such a conflict. Is religion a factor, even a player, here? Sadly, yes. And the sooner the West gets on to that the better argues writer and historian, Katherine Kelaidis, in an article carried by the Religious News Service.

Kelaidis writes: “On its surface . . . the current conflict in Ukraine [is a territorial dispute]. But appearances can be deceiving. Make no mistake about it, if there is a war between Russia and Ukraine, it’ll be a religious war. The sooner those in the West recognize this reality and catch up on the details the better.”

Kelaidis argues that, as in other recent conflicts, a particular religion does not speak with a single voice. She points to the diverse faces of Islam and Christianity today and in the recent past. To think that religions are monolithic is inaccurate and unhelpful. Further, the religion at play here, Orthodox Christianity, which is also a divided one with power centers in Moscow and Constantinople. The leaders of the Constantinople branch have tended to embrace modernity and the West, while leadership in Moscow has taken a more anti-modern, anti-western stance. The Orthodox Church in Russia has been embraced by Putin as part of his strategy of a resurgence of Russian nationalism* under his authoritarian regime. The patriarch of the Russian Orthodox Church has been only too happy to cooperate.

Here’s Kelaidis’s longer description of the divisions within Orthodoxy:

“Just like Muslims, Orthodox Christians have spent the better part of the modern age in an uncomfortable dance with the West. Throughout this time, Orthodox Christians have disagreed about what their relationship should be to the liberal, secular, rationalist world. And this conflict has come to a head, breaking along old ethnic and national lines that have so long defined identity in the Orthodox world.

“On one side of the conflict is the Ecumenical Patriarch of Constantinople, the culturally and linguistically Greek cleric who has historically claimed leadership of Orthodoxy. For the better part of a century, the Patriarch of Constantinople has moved toward the West and arguably many of its values. Today’s incumbent on the Apostolic Throne of St. Andrew speaks the language of human rights, religious freedom, and trust in science. This position arises in no small part from the Patriarchate’s own precarious role as a representative of minority religion in Turkey.

“At the same time, the Patriarch of Moscow, having reclaimed much of his post’s former political influence in a post-Soviet Russia, has taken to spearheading not only the traditionalist Orthodox cause, but acting as support and symbol to religious conservatives around the world.” Follow the last link for an earlier article about Putin, the Orthodox patriarch in Moscow, and their political alliance.

In this conflict over the direction and leadership of Orthodoxy, Ukraine is a key battleground and proxy. “Ukraine has been an early and persistent hotspot in this conflict. In 2018, the Patriarch of Constantinople granted independence to the Ukrainian Orthodox Church (a status known in the Orthodox world as autocephaly). The fallout has been significant—though it isn’t obvious to most observers that the fallout is either significant or related.”

It is distressing, though hardly surprising, that a religious conflict so closely mirrors and tracks the political one in Ukraine. But it seems better to be informed about it than ignorant, a mistake too often made in U.S. foreign policy makers in the past. Moreover, the use of the Orthodox Church by Putin has its U.S. analogue in alliance between Trump and parts of American Evangelicalism. For both, aggressive nationalism is the real faith.

And there is another sense, a more familiar one, in which this may be framed as “a religious war.” That is to see it as a conflict of freedom versus tyranny, good versus evil. There’s some truth in that. Putin is a bad dude. But we should be cautious about taking that framing too far for a couple reasons. We do have our part in the mess, as spelled out by Tom Friedman in a current column. Moreover, simple moralizations of such conflicts (think Viet Nam, Iraq, Afghanistan) seem often to do more to obscure than illuminate what’s at stake.

In Putin’s speech to the Russian people he said the following (note the inclusion of the Orthodox Church as a point of unity) as he justified the Ukrainian invasion: “Since time immemorial, the people living in the southwest of what has historically been Russian land have called themselves Russians and Orthodox Christians.”

Anthony B. Robinsonhttps://www.anthonybrobinson.com/
Tony is a writer, teacher, speaker and ordained minister (United Church of Christ). He served as Senior Minister of Seattle’s Plymouth Congregational Church for fourteen years. His newest book is Useful Wisdom: Letters to Young (and not so young) Ministers. He divides his time between Seattle and a cabin in Wallowa County of northeastern Oregon. If you’d like to know more or receive his regular blogs in your email, go to his site listed above to sign-up.
Previous article
The Global Click: Wars on Screens
Next article
The Oligarchs who Didn’t Play by Putin’s Rules