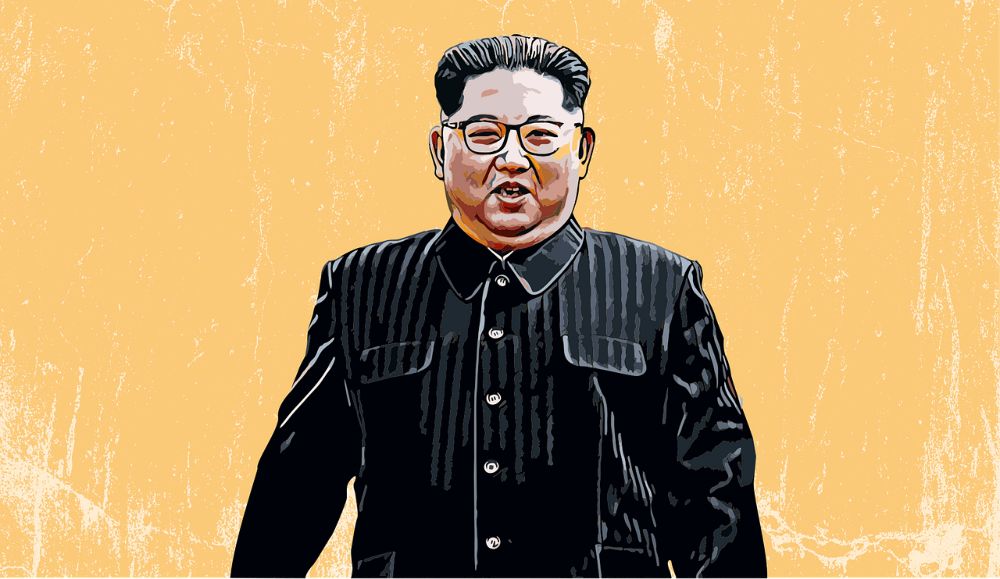 While the World’s Attention is Drawn to Ukraine, North Korea Steps Up Again

With global diplomatic energies focused on the threat of a Russian invasion of Ukraine, North Korean leader Kim Jong-un has reached again for a reliable spotlight-stealer — ballistic missile launches in demand of sanctions relief for his impoverished and pandemic-battered country.

Eleven missile test-firings in January, the greatest barrage yet in North Korean strategic weapons development, succeeded in drawing international attention to Kim’s rogue government, but not in the conciliatory mood the prohibited launches were intended to inspire. The U.S. and its allies condemned the missile launches as “dangerous and unlawful acts” and imposed new sanctions on eight senior officials and suspected foreign facilitators.

Linda Greenfield-Thomas, U.S. ambassador to the United Nations, urged the Security Council to “speak with one voice” in denouncing North Korea’s aggressive actions and imposing punishments that would deter further provocations. Russia and China, both veto-wielding permanent members on the 15-seat Security Council, demurred in approving harsher measures against the Kim regime with which they have economic and political ties.

The stepped-up missile launches after a three-year pause have succeeded in uniting Washington and its Pacific allies in efforts to pressure Pyongyang to return to long-stalled negotiations on denuclearization of the Korean Peninsula. South Korea does not have nuclear weapons, although it test-fired a ballistic missile from a submarine six months ago.

On Sunday, U.S. Secretary of State Antony Blinken met with his Japanese and South Korean counterparts in Honolulu to urge Kim to resume talks if he wants sanctions relief.

“The DPRK is in a phase of provocation,” Blinken told a press conference, referring to Kim’s country by the acronym for the Democratic People’s Republic of Korea. “We continue to work to find ways to hold the DPRK accountable.”

Blinken and Foreign Ministers Chung Eui-yong of South Korean and Hayashi Yoshimasa of Japan “emphasized they held no hostile intent toward the DPRK and underscored continued openness to meeting the DPRK without preconditions,” the diplomats asserted in a joint statement.

Kim’s regime threatened to resume and invigorate its quest for nuclear weapons in 2019, after former President Donald Trump’s failed efforts to sweet-talk and fawn over the North Korean leader to win concessions after previously deriding Kim as “Little Rocket Man.”

North Korea’s economy has been in dire straits for decades, wracked by food and energy shortages and abysmal harvests. The country has been under international sanctions for its violations of nuclear nonproliferation restraints since 2006 but has been unbowed in its prioritizing military buildup over feeding the masses. The country of 26 million has suffered crop failures and widespread starvation for decades as the Communist government invested its scarce resources in strategic weapons development and hero projects like coastal and ski resorts aimed at its miniscule class of elites who can afford them. Living conditions and food supply have taken major hits during the coronavirus pandemic, when vehicle and rail border crossings with China were shut to contain virus spread.

While Pyongyang’s 2022 eruption of missile firings may be primarily a show of aspirational force, the tests serve as a reminder to Western rivals that it has nuclear-capable rockets with the range to hit U.S. bases in Guam and other areas of the Pacific. North Korea’s Hwasong-15 missile, its longest-range rocket last tested in 2017, is believed to be capable of hitting any target in the continental United States.

North Korea analysts caution against Western allies’ reliance on sanctions to deter Kim’s quest for a credible nuclear threat, and likewise warn of complacency in the face of his continued violation of those sanctions and threats of more to come.

In an episode of the podcast “Intelligence Matters” earlier this month, former CIA analyst and current Wilson Center scholar Sue Mi Terry pointed to this year’s record-breaking spate of missile firings as evidence that North Korea is undeterred in pursuing a nuclear threat and the general indifference of those countries in Pyongyang’s sights.

“The more they do this, the more they condition the international community to accepting North Korea, like we did with Pakistan,” Terry told podcast host Michael Morell. She also noted the “ineffectiveness” of current sanctions and China’s willingness to turn a blind eye to prohibited cross-border trade.

U.S. security officials were particularly alarmed by North Korea’s Jan. 30 firing of the most powerful intercontinental ballistic missile launched since 2017. State-controlled media quoted Kim as ordering his military to “promptly examine the issue of restarting all activities that had been temporarily suspended” after his last meeting with Trump in 2019.

In a report issued last week by the Washington-based Center for Strategic and International Studies think tank, researchers with the Korea-focused Beyond Parallel group reported the discovery of a suspected ICBM base near the border with China. It was the second identification of a base for North Korea’s strategic arsenal capable of hosting battalion-size forces, the first identified in 2019 about 40 miles northeast of the capital.

North Korea is reported to have as many as 8,000 underground facilities sheltering strategic weapons and their means of production. A 2017 report by the Pentagon to Congress warned that the only sure way to locate and destroy North Korea’s prohibited arsenal would be to launch a full-scale ground invasion.

Diplomatic interventions like the symbolic new sanctions agreed among Security Council allies and Blinken’s weekend caucusing with Asian counterparts have done little to chasten Kim to tone down the bombast.

“In today’s world where many countries waste time dealing with the United States with submission and blind obedience, there’s only our country on this planet that can shake the world by firing a missile with the U.S. mainland in its range,” the North Korean Foreign Ministry boasted in a statement last week, noting that of more than 200 countries in the world, North Korea is one of only a few with hydrogen bombs, intercontinental ballistic missiles, and hypersonic missiles.”

While Kim’s regime has persisted with saber-rattling language since the January missile barrage, Korea-watchers predict he will hold off on further provocations in respect of the Olympic Winter Games underway in Beijing. Kim sent congratulations to Chinese President Xi Jinping at the start of the competition and, as Russian President Vladimir Putin has likewise shelved any plans to trigger war with Ukraine during the international sporting events, Kim likely understands it would be unwise to darken his closest ally’s moment in the sun.

Carol J Williams
Carol J. Williams is a retired foreign correspondent with 30 years' reporting abroad for the Los Angeles Times and Associated Press. She has reported from more than 80 countries, with a focus on USSR/Russia and Eastern Europe.
Previous article
And Just Like That, An Elegant Affordable Housing Plan Fizzles
Next article
He Did it All: Civic Pioneer T.T. Minor, Entrepreneur and Early Seattle Mayor