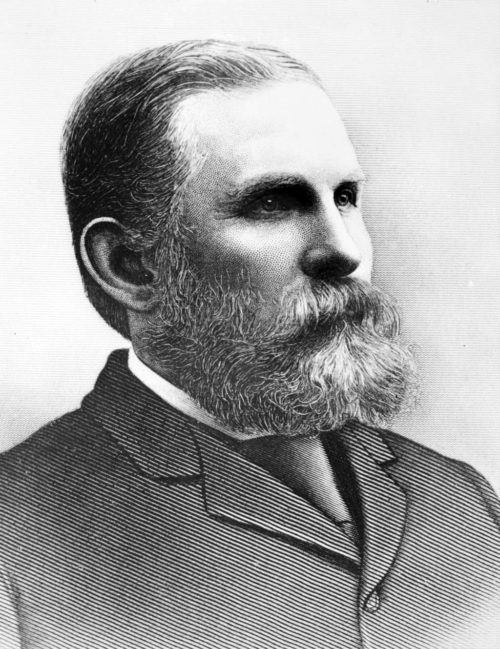 He Did it All: Civic Pioneer T.T. Minor, Entrepreneur and Early Seattle Mayor

Connecticut roots and Mayflower-old Yankee traditions arrived in the Northwest with Thomas Taylor Minor.  The young Minor, born in 1844, avoided college by choosing a military career.  Company G of the 7th Regiment of the Connecticut Infantry Volunteers were pleased to have him.  His meandering military years included service as regimental hospital steward; assistant surgeon with the rank of Captain; time with the 33rd Regiment of Colored Infantry; the 54th New York Infantry as Surgeon; and assaults at Port Royal (the Carolinas), Fort Pulaski and various Florida beachheads and installations.  These wild and intense experiences resulted in T.T. Minor developing an upper respiratory infection, causing him to transfer to New Haven, Connecticut.  Yale Medical School was next, where he graduated with a degree in 1866.

Minor’s spirit of adventure was intense.  His next assignment was an appointment as surgeon to the Winnebago Indians in Nebraska.  That western challenge was augmented by the Smithsonian Institution, which provided him with a list of items needed for its natural history collection.  While practicing medicine among the Winnebagos, Dr. Minor sent hundreds of specimens to Washington, D.C.  The Smithsonian was impressed, and Minor signed aboard the Revenue Cutter “Wyanda” as surgeon.

That northern expedition was listed as a “mapping expedition,” but collecting specimens took the bulk of Dr. Minor’s time.  The cutter, a small ship, did not have sufficient space for medicines or specimens, and the captain and crew were uncooperative.  On the return voyage, the “Wyanda” stopped at Port Townsend, Washington Territory, where Minor got a close look at the green and lush Olympic Peninsula.  He also befriended the staff at Port Townsend’s Marine Hospital, part of a nationwide network providing medical care for sick and injured coast guardsmen.  Offered a partnership in running the hospital, Dr. Minor boarded a ship back to Port Townsend.

A description of T.T. Minor at this time declared that he was “open, educated, personable, with impeccable manners, an ex Union Officer, a naturalist and an eloquent speaker.”  The raw society of seamen, fishermen, and loggers did not bother Minor.  As his presence – and professionalism – became known, he was consulted by patients throughout the Salish Sea, especially on Whidbey Island.  His income grew apace with his admirable reputation.  Eventually, Dr. Minor was called upon to participate in local political affairs, especially with the Port Townsend Republican Party.

At the time, Port Townsend could only be reached by water.  Minor began assessing the viability of connecting his town with the outside world via rail and telegraph.  His first step in widening the community’s world was formation of the Puget Sound Telegraph Company.  Completed in 1872, the line ran from West Seattle to Port Blakely, Port Madison, Port Gamble, Port Ludlow, Chimacum, Port Townsend, and eventually to Port Angeles.  Minor recalls that distance between stations was only part of the problem.  With lines strung on trees, breakdowns and repairs were common.  The dream of a railroad to points south remained a dream – later realized by wagon and vehicle roads — but it was enough to touch off a real estate boom in Port Townsend, still visible today.

Companionship was an important factor in remote western towns.  Besides the boisterous male workforce, some women gravitated to Port Townsend and other Puget Sound communities.  T.T. met and married Sarah (Sally) Montgomery from Olympia.  They were married in Portland, Oregon on 20 August, 1872.  Upon returning to Port Townsend they moved into a grand house overlooking the Salish Sea and constant water traffic flowing to and from South Puget Sound.  Servants and Chinese cook were hired.  T.T. bought a block north of the hospital, which became a small farm with a cow and extensive vegetable garden worked by an English gardener.  T.T. returned to civic roles; two daughters were born; and he oversaw installation of the town’s first telephone system.  The work load became burdensome, causing Dr. Minor to again branch out.  Elected mayor in 1880, politics slowly replaced hospital duties.

Port Townsend’s dreams of becoming the commercial center of Puget Sound, were just that — dreams.  Tacoma and Seattle, both with deep harbors and direct paths to eastern markets, achieved eminence and political power, and soon T.T. began investing in Seattle properties.  Eventually, he moved to the larger town, opening an office in the Marshall Building at First and Commercial Street – Seattle’s “Skid Road.”  One of his investments was on the nob of First Hill.

Joining other eminent citizens such as Henry Villard and Judge Burke, he helped bring a pioneer-built local railroad to life – the Seattle, Lake Shore and Eastern Railroad Company.  He also helped establish the Seattle school system, including serving a term on the local Board of Education.  The organizational meeting of the King County Medical Society was held in his office. And in 1887, Thomas T. Minor was elected mayor of Seattle.

In November, 1889, Minor and several friends went duck-hunting in Skagit County.  The party attempted to canoe from Stanwood to Brann’s Point on Whidbey Island.  They were last seen crossing open water.  Twelve foot tides had been known to roar through local passes during winter.  The canoe was eventually found, but T.T. Minor’s body was never recovered.  Seattle went into mourning: black crepe was hung in downtown Seattle; flags at half mast; a moment of silence was observed and representatives of local service organization showed their colors.

What remains are Seattle’s Minor Avenue and T.T. Minor School (closed amid controversy in 2010) and now converted to the World School at 1700 E. Union on Seattle’s Second Hill.

Junius Rochester
Junius Rochester, whose family has shaped the city for many generations, is an award-winning Northwest historian and author of numerous books about Seattle and other places.
Previous article
While the World’s Attention is Drawn to Ukraine, North Korea Steps Up Again
Next article
Failure to Howl (The Issues left Unspoken)