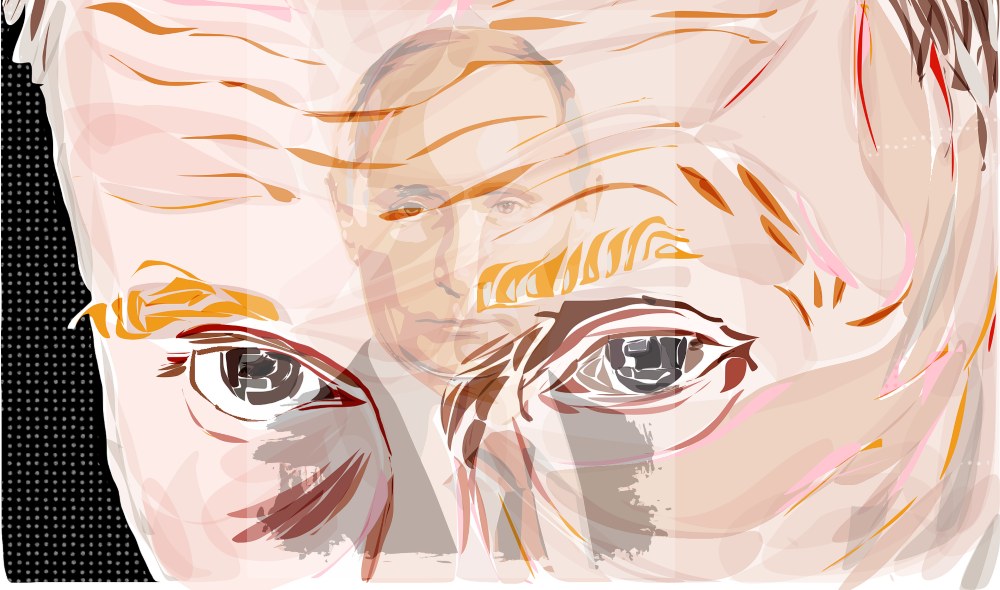 Putin Puzzle: What does he gain by Invading Ukraine?

So why does he need a bloody invasion of Ukraine to expand Russia’s “sphere of influence?”

Putin portrays the 100,000-plus Russian troops he’s deployed to Ukraine’s borders as a defensive move to counter NATO encroachment into former Kremlin-dominated territory. What Putin is trying to deter with his massive buildup isn’t a threat to Russia’s security from the Western defense bloc, rather the risk posed to his autocratic regime should Ukraine become a stable democracy in prosperous alliance with European neighbors.

An ominous standoff has intensified since Russian Foreign Minister Sergei Lavrov and U.S. Secretary of State Antony Blinken met last week and failed to defuse the threat of armed confrontation in Ukraine and the risk of it spreading along the Russia-NATO front that stretches from the Baltic to the Black Sea.

Putin has threatened a “military-tactical” response if Washington and NATO spurn his conditions for defusing the crisis he has created. At the meeting in Geneva last week, Lavrov reiterated Kremlin demands that NATO pledge — in writing — never to admit Ukraine into the alliance, retreat from 14 member nations admitted since 1997 and withdraw troops and armaments from countries bordering Russia. Blinken dismissed those demands as nonstarters.

Washington and NATO provided written responses on Wednesday, urging a “diplomatic path forward” while rejecting compromise on core principles like Ukraine’s right to decide its own defense and economic alliances. Blinken said the U.S. side offered to resume talks on a new START missile reduction treaty. NATO Secretary General Jens Stoltenberg called for confidence-building measures like a civilian hotline and more transparency around both sides’ military exercises.

The Biden administration has vowed punishing sanctions on Russian officials and the country’s access to international trade and financial institutions if Putin’s forces set one foot across Ukraine’s borders.

While a Russian invasion against its smaller and militarily weaker neighbor might succeed in toppling the government in Kyiv or seizing more territory in eastern Ukraine, it would come at great cost to Putin in mass casualties and economic turmoil. The Ukrainian army, while still no match for Russian forces, is stronger than in February 2014, when Russian paratroopers invaded Crimea and annexed the Ukrainian peninsula to Russia in violation of international law.

Most Russians, especially those of military service age, regard Ukraine as a friendly neighbor with whom they have no conflict. Russian political analysts report a business-as-usual atmosphere in Moscow despite the outside world’s riveted attention on the threat of war.

“Concert venues and cafés in Moscow are packed, and compliance with the COVID restrictions is lax. In Moscow, no one I know believes a war is imminent,” Maxim Trudolyubov, editor of The Russia File, wrote Thursday for the Kennan Institute column. “Some believe President Putin’s troop buildup near Ukraine is a negotiating tactic… Some people simply refuse to take it seriously.

That disconnect between Putin and citizens tuned out from hostile global politics is fueled by state-run media portrayal of the war threat as a scheme by Western adversaries to oust Putin and plunder Russia’s natural resources.

Western security analysts struggle to identify what Putin expects to gain with another aggression against Ukraine. The Russian government has endured eight years of international opprobrium for its 2014 seizure of Crimea and backing of Russian separatists

occupying two eastern provinces of Ukraine. At least 14,000 have been killed in sporadic fighting that has destroyed much of the Donetsk and Luhansk regions’ industry.

One factor emboldening Putin in his quest to undermine the unity of Western adversaries is the recently completed $11 billion Nord Stream 2 pipeline poised to begin sending natural gas from Russia to Germany. NATO allies, including the United States and Britain, have been wary of the project since its inception seven years ago as it gives Moscow power to weaponize energy supply to heavily dependent Europe.

Germany, which relies on Russian gas supplies for more than half of its energy needs, had been balking at NATO and U.S. threats to shut down the pipeline to pressure the Kremlin to stand down from conflict with Ukraine. On Thursday, German Foreign Minister Annalena Baerbock told the Bundestag parliament that shutting the pipeline was among a range of punitive responses under consideration if Russia invades Ukraine. Gazprom, Russia’s gas monopoly, supplies 40% of Europe’s natural gas needs.

Concerns persist, though, that Russia could retaliate against sanctions by cutting off energy flows to Western Europe, currently delivered through pipelines crossing Ukraine as Nord Stream 2 remains idle awaiting final certification. If Russia cuts off gas to the West, Ukraine will lose vital pipeline transit income, giving the Kremlin a two-fold victory.

To understand Putin, a 69-year-old career KGB operative forged in the era of Communist repression, one has only to read an impassioned dissertation published last summer in which he contends that “true sovereignty of Ukraine is possible only in partnership with Russia.”

“Our kinship has been transmitted from generation to generation. It is in the hearts and the memory of people living in modern Russia and Ukraine, in the blood ties that unite millions of our families. Together we have always been and will be many times stronger and more successful. For we are one people,” citing the unifying power of their shared Christian Orthodox faith.

That’s not how most Ukrainians see the relationship. Putin’s attempt to block Kyiv’s path to eventual NATO membership is seen as a naked attempt to dismantle Ukrainian sovereignty by thwarting its collaboration with Western democracies with market economies that offer more opportunity than oligarch-controlled Russia.

Putin has already demonstrated with recent deployment of Russian forces into Belarus and Kazakhstan that he considers former brother republics of the USSR extensions of his empire. A disputed election in Belarus last year drove President Alexander Lukashenko, Europe’s last dictator, into closer collaboration with the Kremlin masters of repressing dissent. Similarly, Putin swiftly sent in Russian troops at the request of Kazakhstan President Kassym-Jomart Tokayev in early January to put down mass protests of soaring gas prices and discontent with the country’s governance. At least 225 protesters died and 12,000 were arrested in the brutal crackdown that halted unrest but did nothing to address simmering public disaffection.

“He does not want another democracy on the borders,” Evelyn Farkas, former deputy secretary of defense in the Obama administration, told NBC on Tuesday. She said Putin is calculating what he can get away with at the least price to pay to get what he wants — control over Ukraine.

Putin must be stopped from further land grabs and destabilization of Ukraine because if he gets his way this time, he will next train his sights on Latvia, Lithuania and Estonia, three former Soviet republics now members of NATO and the European Union, Farkas warned.

“What is at stake here is the complete disruption of the international order,” she warned, which would undermine the U.N. Charter and post-World War II covenants prohibiting the changing of borders by force.

Carol J Williams
Carol J. Williams is a retired foreign correspondent with 30 years' reporting abroad for the Los Angeles Times and Associated Press. She has reported from more than 80 countries, with a focus on USSR/Russia and Eastern Europe.
Previous article
Political Quake: What Seattle Sen. Reuven Carlyle’s Decision not to Seek Reelection in 2022 Means
Next article
Department of Stupid Questions: Why is Russia-Ukraine Mostly About the U.S.?