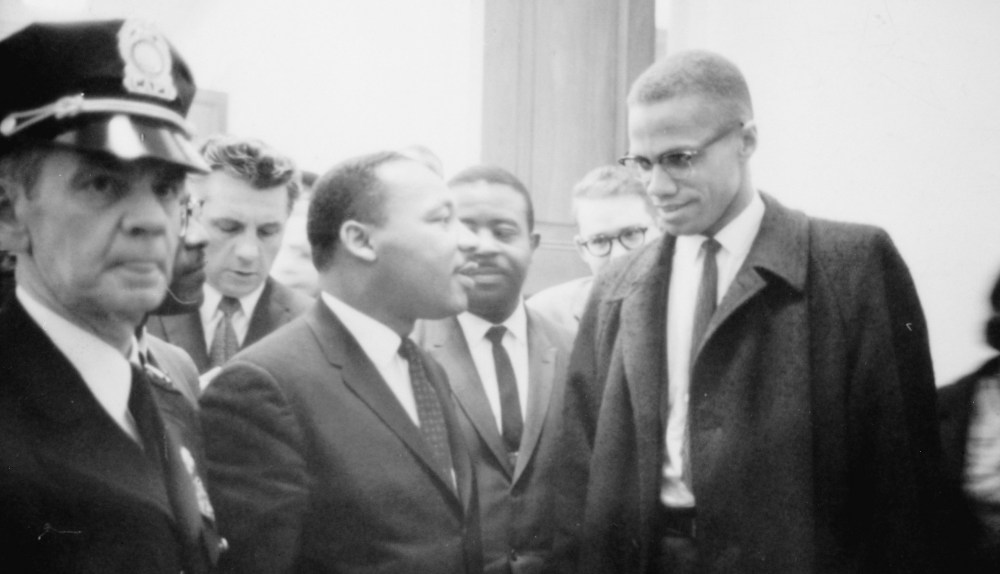 Memories of Martin Luther King and the Pentagon Protest March

The phone rang at the home in Washington, DC where organizers of the March on the Pentagon were headquartered prior to the event the following day, October 21, 1967. There as a volunteer, I had been previously working in the New York office of the “Mobe” (National Mobilization Committee to End the War in Vietnam), the organizers of the march.

It rang several times and no one else being around, I answered. A most mellifluous voice, about the sweetest I had ever heard, asked, “May I speak to David Dellinger [the Mobe’s coordinator]. Would you tell him that it’s Dr. King on the line?”

Two and half years earlier, March 26, 1964, President Kennedy had been dead only four months, and new president Lyndon Johnson was quickly moving forward with sweeping civil rights legislation. On that spring day while I was visiting Washington DC, I was a spectator in the US Senate’s public gallery observing the debate on this issue. It was deadly dull, and I dozed off now and again in the stuffy room. After an hour or so one of the entry doors to the gallery opened and a group of African Americans in suits and ties entered and sat. It was Dr. Martin Luther King, Jr. and his entourage, there to bear witness. I was not dozing anymore.

Some time passed, the entry doors opened again and I saw another group of well-dressed African-Americans. Leading them was Malcolm X.  As I remember, the two groups sat catty-corner from each other. The atmosphere was electric, each aware of the others’ presence. It was the champions of non-violence and “by any means necessary” sitting in that august chamber.

After some time, they departed, or perhaps I did first. I learned many years later that King and Malcolm X briefly spoke with each other that day at the Senate, after each had departed the gallery. It was the first and only time these two young men, champions of human rights, were to meet.  Malcolm was assassinated the next year, King in 1968.

Dr. King came out against the war in Vietnam in a powerful speech given at New York’s Riverside Church in April, 1967, but he did not participate in either the speeches at the Lincoln Memorial in October, nor the March to the Pentagon that followed. Some say he was not involved because of his antipathy towards the undisciplined hippie movement, specifically the theatrical escapades of Jerry Rubin, lead organizer of the march, and his co-conspirator Abbie Hoffman. At the steps of the Lincoln Memorial a group of young men, me among them, was selected to act as a protective circle around the speakers. We were hapless as security, and a member of the American Nazi Party broke through our porous ranks and attacked a speaker, Clive Jenkins, a British labor union leader. Welcome to America, Clive.

At some point during the day I was helping to collect money from the sale of a commemorative button made especially for the demonstration, a project I had assisted on in New York. Volunteers were sent out with buckets of buttons and returned with cash in these same containers from their sales.  The money-collecting point where I was located was a van with its passenger seats removed, parked on the outskirts of the gathered crowd which was estimated to be between 70-100,000 people. (To this day I wonder how much money never made it back. I want to believe very little, but am also reminded of human foibles amidst the optimism and ingenuousness of the 1960s.)

So much cash was coming in that there was no time to count it. We just dumped it on the floor of the van and sent the volunteers out with more buttons. During this time the great wave of marchers to the Pentagon, 50,000 or so, had set off across the Potomac. As the sales effort neared an end, I was tempted to imitate Scrooge McDuck, the millionaire skinflint uncle of Donald, and try to swim in the piles of bills and change on the floor just as he did in his comic book vault.

When the woman in charge of sales decided to call it a day there was a need to deposit the money somewhere. I assumed at the time this had been pre-arranged, though I wondered how all this loose change and bills would be carried in and counted at a bank. Who was going to put all that coinage in wrappers? How was this large amount of money to get safely to its destination? There ensued a rather comical discussion of whether we should seek the help of the police, the very “pigs” many of us had come to revile. It was finally decided that rather than compromising our values by asking for a DC Police escort, we would err on the side of law and order in opposition to our anarchistic tendencies by gaining the assistance of the US Park Police, who seemed at the time to be less “cop” than other cops.

With the money matters arranged I was ready for the real action.  Joining other stragglers I made my way into Virginia and to the Pentagon, arriving, as I remember, at dusk. I came upon an astonishing site and sight — exhilarating, frightening, surreal, and eerie. In the north parking lot of the Pentagon, close to the building itself and under the bright lights of the witnessing media, were thousands of young people arrayed against an unbroken line of US Army soldiers. Behind them were scores of US Marshals.

By the time I arrived, there had already been many arrests, well over 600 by the dawn of the next day. At one point, a small and determined group had actually been able to charge through the lines of troops and marshals and made it into a lobby of the Pentagon where they were soon arrested. When I arrived, the crowd had thinned considerably over the hours and there was nothing resembling the original tens of thousands. Yet those that remained included the most adventurous and committed. The Pentagon was the very heart of the nation’s military/industrial complex, to us demonstrators the symbol of the machine that waged the war in Vietnam.  Much was written soon after this day about the despicable actions of the protestors, how among other things they spat on the soldiers and physically assaulted them.

I saw no such thing in the area of the crowd in which I stood. For a long period of time I was as close to the line of troops as you are to this page. We would verbally confront them to try to get them to come over to our side. Rumors spread that some did. In all the time I was there I did not see any troops in the line try to physically harm us, though I have read in other eyewitness accounts that such abuse did occur.

What I did witness repeatedly was the unnecessary brutality of the US Marshals Service. From time to time, especially when the media’s lights were out or when they departed later that night, small groups of marshals would charge the crowd, beating and arresting people. Perhaps there were occasional physical provocations by the crowd, but none that I saw. It was the marshals who seemed out of control, not us.

I went on the US Marshals Service website as I was writing this article and here’s the headline on their pages about this day: “U.S. Marshals and the Pentagon Riot of October 21, 1967.” These forces of law and order saw the event as a riot. They then have the temerity to describe in their “history” of the event the following paragraph:

“The October 1967 Pentagon riot, the first national protest against the war, exemplified the agonizingly divisive debate over Vietnam. Ironically, the demonstrators helped the federal government confirm its own commitment to civilian control. Civilian Deputy Marshals, not soldiers, arrested them. The Deputies were fulfilling the historic role of U.S. Marshals, for each arrest affirmed the enduring concept of civilian supremacy in the United States.“

I do not know what went on before I arrived, so cannot comment on it. I’m sure it was a pretty wild scene. I only remember that in the hours I was camped out in front of the Pentagon, the only rioting that I saw were the US Marshals’ actions. Perhaps they were still pissed off at the demonstrators and on tenterhooks from the “riot” that took place hours before.

As dawn approached, the crowd grew smaller and smaller. Soon I left. I admit that I feared being arrested. I had been awake for four straight days and was exhausted. I don’t remember the walk back to DC or how I got back to Brooklyn.

I have one regret from that exhilarating day. I should have had more sympathy for the troops on the line at the Pentagon. Not the officers or non-coms, rather the troops with their MP bands on who had been enlisted from the ranks especially for this duty. Almost all were our age or younger. Some may have wanted to break the heads of the “hippies,” many not. Some may have sympathized with us, some not. I’m sure the great majority would have much preferred to be home with their families, girlfriends and pals rather than standing in line all night protecting a big fortress from a bunch of kids.

The saddest part is that among those young men, draftee or enlisted,  some were likely bound for battle in the disaster that was the War in Vietnam. Some might have never come home.

Note: For a superb accounting of the March on the Pentagon and the events surrounding it, read Norman Mailer’s The Armies of the Night, for which he won a National Book Award. 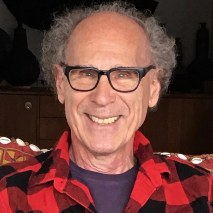