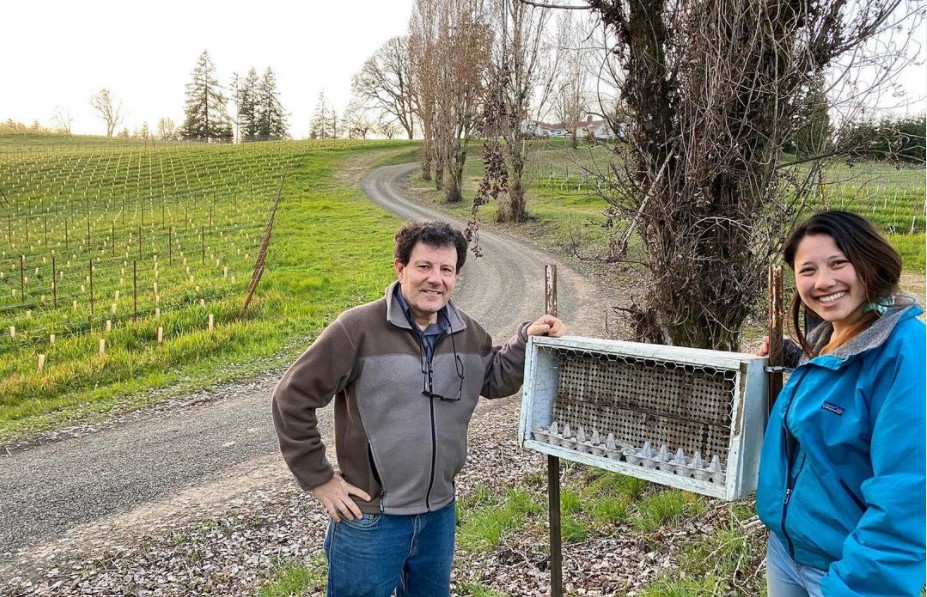 Here’s the real question: Long before he announced his candidacy for governor of Oregon, why didn’t Nicholas Kristof realize that he could have a lot of trouble convincing anyone, never mind Oregon’s Secretary of State Shemia Fagan, that he was a bona fide resident of the Beaver State?

I would very much like to ask Kristof about that, and an array of other things, but alas, his press secretary seems to believe that Post Alley is too Seattle-centric for her tastes and would prefer – at least for now – that only Oregon publications be allowed to speak with the 62-year-old Kristof. Not many have, however.

“We will get back to you as soon as I meet with the team tomorrow,” Melissa Navas told me Monday, January 10. She has not yet done so, and has declined to answer repeated messages and phone calls.

As you’ve likely heard, Kristof, who after 37 years as a reporter, editor and distinguished opinion columnist at The New York Times left the paper in mid-October 2021 to explore a bid for Oregon governor, was disqualified by Fagan earlier this month from running because he did not satisfy the residency requirements for the office.

One must be a resident of Oregon for three years to get on the ballot, though to Kristof’s credit, residency requirements are hardly clear-cut.

Still, Kristof, a Democrat who occasionally went home to Yamhill in Oregon’s Willamette Valley, where he says he has owned land for nearly three decades and started paying Oregon income taxes in 2019, nonetheless kept his New York driver’s license throughout 2020 and even voted for Joe Biden in New York’s general election that same year.

For those reasons, mainly, Fagan gave his candidacy a thumbs down on January 6.

Still, Kristof and his campaign operatives have long contended that he should qualify as a resident based on his deep roots in the state. He and his wife, Sheryl WuDunn, have owned Kristof Farms, just north of Yamhill since 1993. Kristof is a 1977 graduate of Yamhill-Carlton High School. He has also written frequently about Yamhill and the plight of the region’s farm workers and other lower-income residents.

Kristof’s residency case gained new life earlier last week when the Oregon Supreme Court said it would hear it. According to the Associated Press, the court’s Chief Justice is demanding that Fagan accept Kristof’s candidacy in the May 17 Democratic primary or offer a good reason for noncompliance.

Kristof, who filed the petition with Oregon’s highest court after getting the bad news from Fagan, understandably wants the court to move quickly. Ballots for the state’s primary elections must be finalized by March 17.

Kristof is quite upset by Fagan’s ruling.

“A failing political establishment in Oregon,” he tweeted on January 7, the day after Fagan weighed in “has chosen to protect itself, rather than give votes a choice. We will challenge this decision in court, and we are confident we will prevail, because the law is on our side.”

Jack Shafer, a senior media writer at Politico, called Kristof on the carpet for his statement.

“The ‘failing political establishment’ Kristof was referring to was, of course, the Democratic Party under whose flag he is running,” wrote Shafer on January 7.  “But no matter. For Kristof, as for Trump, the near enemy of his party colleagues is far more treacherous than the far enemy of the opposing party. At a Thursday press conference, he offered this Trumpian non sequitur about the opposition coming from his own party. ‘Instead of working to end homelessness, they’re working to end my candidacy,’” he pouted. “The secretary of state might be a running dog of Oregon’s political establishment, but her (Fagan’s) argument against Kristof’s candidacy seems entirely rational.”

Melissa Navas, meanwhile, interrogated me in our conversation Monday as to what my intentions might be if chosen by “the team” to interview Kristof and whether I intended to write the story for media sites in Oregon as well.

I tried to no avail to assure the 39-year-old press secretary that Post Alley’s large reportorial staff wrote stories about people, places and issues throughout the Northwest, and even had a correspondent as far as away as Italy.

“I’m reading a food story right now,” she replied. “Is that what would you write about?”

Before signing with the Kristof campaign, Navas, a former journalist who wrote about K-12 education and health for The Oregonian, served as the deputy communications director for Multnomah County and coordinates messaging for the Board of Commissioners, Office of Diversity and Equity, and Government Relations.

She was also press secretary to both Oregon Governor Kate Brown and Governor John Kitzhaber.

Knowing her experience in politics and journalism, I asked her whether she’d ever heard of Joel Connelly, a longtime political reporter in the Northwest and frequent Post Alley contributor,

“How about David Brewster?”

Ellis Conklin
Ellis Conklin spent decades as newspaper man, mainly in Los Angeles, Seattle and St. Louis, having worked at the Los Angeles Herald Examiner, United Press International as a national feature writer, and the Seattle Post-Intelligencer. At long last, he and his wife settled in Manzanita, Oregon. Here, Ellis continues to root for his beloved San Francisco Giants.
Previous article
US, NATO and Russia Spar as Crisis over Ukraine Mounts
Next article
Memories of Martin Luther King and the Pentagon Protest March