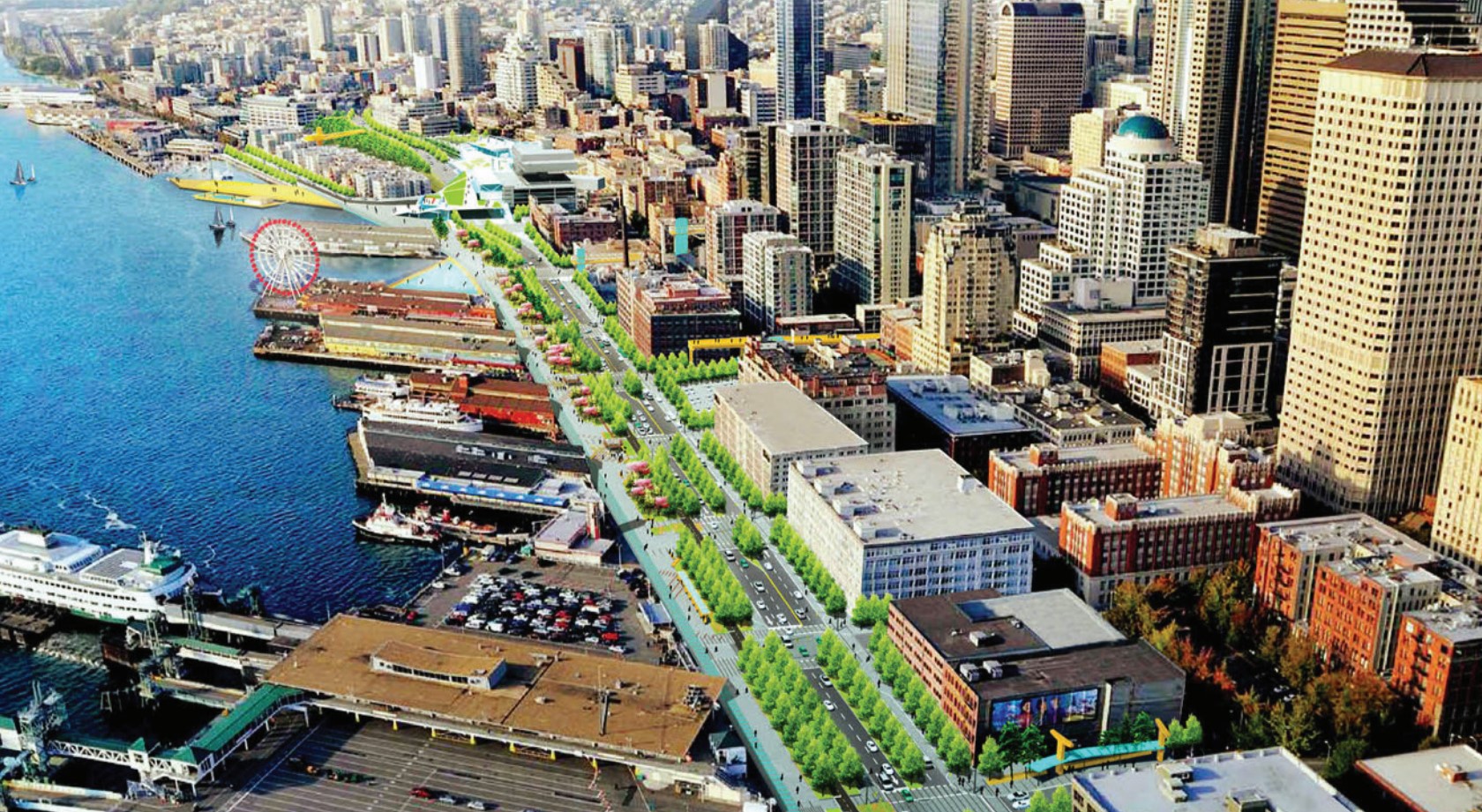 Alongside the squalor and destitution that have struck parts of downtown Seattle during the coronavirus pandemic, the city’s development of the Central Waterfront Park is steadily moving forward. A few days ago, it got a shot in the arm from philanthropic gifts, including $5 million from Amazon that nudged the total park budget up to $750 million.

Sidewalks higher up in the downtown coming back to pedestrian life will never be the same. On some parts of the Pike-Pine corridor, they’ll be widened and paved and planted better, according to city plans for the waterfront park and its extensions eastward into the city’s downtown.

While waterfront park construction continues on schedule and design moves ahead, camping on sidewalks has spread through Seattle.  Behavior is getting worse. Enforcing laws is a job that will take time, training, dedication and management.

Why so little progress on streets and sidewalks? Words like “security” and “civility” don’t make for good sound bites or policy initiatives. Better are “activation,” and “eyes on the street,” courtesy of urban designers. These ideas work, but it takes people on the job and the public budget to pay for them.

And it takes philanthropy, which has been at work in cities such as New York, where the Central Park Conservancy rescued a large, neglected park. When the budget for Boston’s Big Dig (Central Artery/Tunnel Project) broke down in mega-failure more than two decades ago, and Beantown could not budget for park construction on the lid, that city got its own “friends” group to support the planned Rose Kennedy Greenway. Now that conservancy idea has spread to many cities.

Seattle’s philanthropic community is young, but they are rich. So much profit has flowed to Amazon this year that a few million dollars more for waterfront infrastructure—including east-west city streets and sidewalks in the Pike-Pine corridor—is a teardrop in the corporate tank.

Earlier this month, Seattle Mayor Jenny Durkan called a press conference at Amazon’s Climate Pledge Arena on December 9 to announce a new gift of $5 million from Amazon (which has already anted up $7 million through the ongoing assessments of Seattle’s own Local Improvement District or LID for waterfront construction). The gift didn’t get a lot of attention, though the Seattle Times published a summary of waterfront construction and budget goals, reporting on the Amazon gift.  That gift brings total donations to well over $80 million and reassures park supporters that there will be enough dedicated to popular destinations like playgrounds and to ongoing security and maintenance.

There is plenty to celebrate beside gifts from Amazon. Bus rapid transit has clearly survived Covid. Train stations are populated again. Amid the worst winter storm of December, shoppers put on face-coverings, dropped off their scooters, and found taps for beer. Traffic was back on downtown streets, stalling in intersections where angry pedestrians glared over their masks. According to seasonal tradition, drunk teens and merrymakers with strollers flooded Pike Place Market, where Santa recently took requests. This year he was sitting in the open air.

Clair Enlow
Clair Enlow is a freelance journalist writing about architecture, planning and history. She’s a Loeb Fellow and an honorary member of AIASeattle.
Previous article
EastHUB: A New Initiative for Arts and an Eastside Theatre
Next article
Julie Anderson Jumps Early in The Suddenly Important Race for Secretary of State