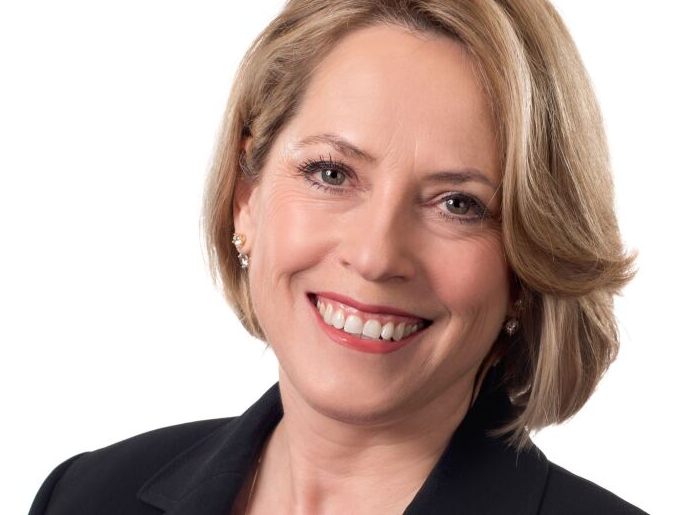 Pierce County Auditor Julie Anderson has jumped into next year’s quasi-open race for Secretary of State, offering herself as a professional, nonpartisan alternative to the nakedly political appointment of Democrat Steve Hobbs.

As you’ll recall, the resignation of former Secretary of State Kim Wyman gave Gov. Jay Inslee a historic opportunity, and he made the most of it. Inslee not only replaced the last statewide Republican officeholder on the West Coast with a Democrat, but he also rid himself of one of his most troublesome obstacles in the Legislature. In doing so, he leapfrogged Hobbs over several arguably more qualified candidates, including Anderson.

Elections officials have come under intense scrutiny and pressure in recent years, especially during and after Donald Trump’s defeat last year. Loren Culp’s ridiculous assertions of fraud in the 2020 governor’s election were obviously hogwash, but we shouldn’t forget that a great many Republicans are still aggrieved that former Secretary of State Sam Reed didn’t help Dino Rossi out back in the day.¹ When the race is close, it matters who oversees the count.

As I noted when the Hobbs appointment went down, his path to winning the second half of Wyman’s final term next November is a little rocky to start with. He’s not beloved by the progressive wing of the Democratic party and hasn’t shown much firepower as a statewide candidate, finishing fourth in the 2016 primary for lieutenant governor.

Anderson’s entry into the race makes it all the more likely that Hobbs will face fire from all sides. State Sen. Keith Wagoner, R-Sedro-Wooley, is already positioned to his right. A challenger from the left also seems likely.

But Anderson’s bid could make this race unique. She’s running on nonpartisan competence and expertise at the most prominent aspect of the Secretary of State’s job: elections administration. That’s essentially the pitch used by Wyman — who ascended to the job from Thurston County auditor — in her successful re-election campaigns. In nearly every other circumstance, a nonpartisan candidate for statewide office would have a snowcone’s chance at the state fair, but this one could be different for a few reasons, starting with Hobbs’ lackluster appeal.

A base of power. Pierce County voters have backed Anderson four times. Unopposed in 2018, she got 235,069 votes. Hobbs got 202,427 statewide in his bid for light gov two years earlier. Using the crowded 2020 primary for lieutenant governor as a rough guide, she’d need about 400,000 votes to get through the primary next year.

The top-two primary. A crowded primary could favor her chances, especially if Hobbs and a candidate of the left split Democratic partisans, and even more especially if someone from the Loren Culp wing of the Republican party jumps in on the right and dilutes Wagoner’s support. It’s not hard to imagine a Wagoner-Anderson general election matchup in which she becomes the default Democrat or a Hobbs-Anderson showdown where she could peel off votes from both the left and the right.

She’s editorial-board catnip. At least in the primary, Anderson will be shut out of the partisan endorsement process because she’s not carrying either flag. But she should do really well with editorial writers and various good-government groups. Among other things, she recently advocated eliminating her current job as an elective office, arguing that the county executive should appoint a professional.

The support of other auditors. Among the keys to Wyman’s repeated victories as a Republican in a Democratic state was the support of Anderson and other elected auditors from around the state, who were featured in a campaign ad that seems to have been scrubbed from the Internet when Wyman joined the Biden Administration.² Happily, it hadn’t been deleted altogether:

Anderson is in a position to ask for and get similar support, which may carry considerable sway when voters check the pamphlet next year to remind themselves exactly what the Secretary of State does.

But of course, there’s always the money problem. Anderson starts in a significant financial hole that could get much, much deeper. For reference, Wyman and her last opponent, Gale Tarleton, each raised about $1 million in 2020. Anderson’s last race for auditor cost about $17,000. Hobbs can repurpose the $300K war chest he built as chair of the Senate Transportation Committee for next year’s campaign. As Anderson dryly pointed out to me, she hasn’t been in a position in recent years to approve lucrative highway projects to deep-pocketed donors.

Also, as a nonpartisan, she won’t be getting any party money. The state party can give candidates for statewide executive office $1 each for the 4.8 million registered voters. (The money on the Democratic side comes mostly from these millionaires and billionaires.) That would be insanely rich for that race; the Democrats gave Tarleton, Wyman’s last opponent, slightly more than $200,000 in 2020. But if Anderson’s bid starts to gain traction, we’ll see how much the party values keeping the office in the “D” column.

1. Reed, a Republican, certified Democrat Chris Gregoire’s razor-thin margin of victory over Rossi in the 2004 governor’s race, despite a variety of issues with King County’s count that would make a contemporary voter-fraud conspiracist’s head explode. Even though I directed coverage of that election for The Associated Press, the Wikipedia entry is still a bracing reminder of what a shit-show it was.

2. Wyman’s online presence has been exhaustively depoliticized in general. She is barred from endorsing or otherwise dabbling in this race by the Hatch Act because she’s a federal employee.

This article is reprinted from the author’s substack blog, The Washington Observer.

Paul Queary
Paul Queary, a veteran AP reporter and editor, is founder of The Washington Observer, an independent newsletter on politics, government and the influence thereof in Washington State.
Previous article
Seattle Waterfront Update and Working on Reviving Downtown Streets
Next article
The Northwest Spotted-Owl Wars: No Happily Ever After