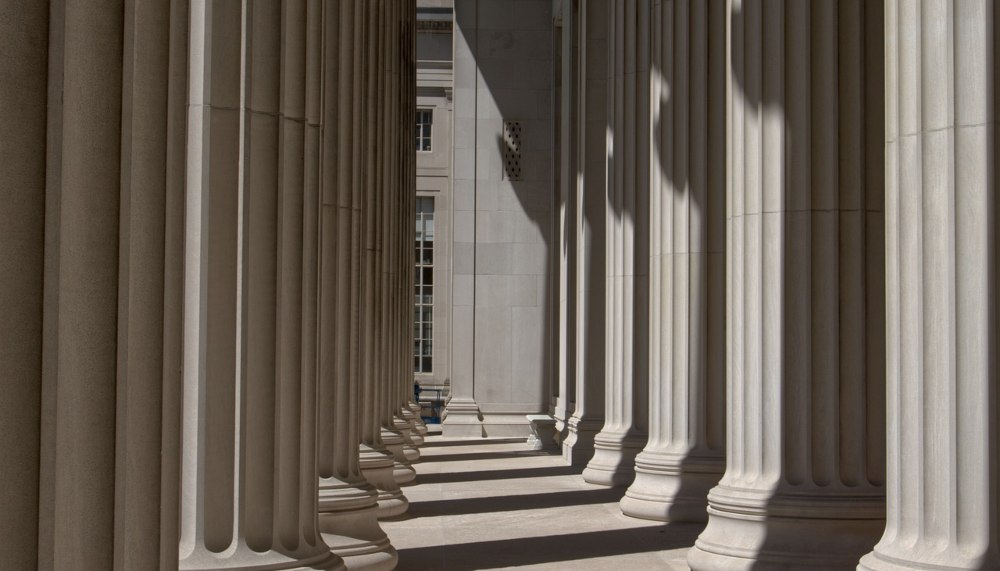 Roadmap: How Trump Plans to Ensure a 2024 Win

Ex-President Donald Trump did not accept an election loss in 2020, but he may not have to in 2024. Trump supporters have begun planning a play for winning the presidential election no matter what the popular or electoral vote would indicate. The vehicle that will place him or a Trumpite Republican in the White House is the Independent State Legislatures doctrine. This is how the play could unfold in four acts.

is pretty much completed. The audience has been prepped to expect that if a Republican loses the next presidential election, it will be because of fraud. For this audience, the fraud allegation is understandable because it has already happened in 2020.

For the last year, the chant of “the election has been stolen” has been repeated almost daily by Trump, Fox News, other right-wing media outlets, and a small but loud section of Republicans in Congress. Last August, a Yahoo News/YouGov poll showed that they have successfully convinced two-thirds of Republicans that “the election was rigged and stolen from Trump.” And 28 percent of independent voters think Trump won the 2020 election. To some degree, all major potential Republican presidential candidates have signed off on that lie, hoping thereby to secure the Trump Republican base in the primaries, should Trump not run.

is underway now. Republicans have begun rolling out candidates that they can count on for controlling key state offices that oversee federal elections in their states. Reuters found that 10 of the 15 Republican candidates running for secretary of state in five battlegrounds states question whether Trump lost the 2020 election. The five battleground states are Arizona, Georgia, Michigan, Nevada, and Wisconsin. Joe Biden won all of them in 2020, winning three states by less than one percent, and Nevada and Michigan by less than three percent.

Except for Wisconsin, the secretary of state oversees the elections. These candidates for that office could toss the voters’ majority vote for a Democratic winner to their Republican-controlled state legislatures if they declare there has been fraud or voting irregularities. The legislatures can then overturn the popular vote if they believe it was tainted in some manner. Trump asked various state officials to do the same when he lost by a close vote in the 2020 election.

Republicans control both houses in four of the battleground states and the governorships in Arizona and Georgia, which would make these last two states the most vulnerable to having a vote for a Democrat president overturned by the state legislature. Nevada has both chambers and the governorship in the hands of Democrats, which makes it the least vulnerable. Nevada also has the fewest electoral votes (6) of this group. While Michigan and Wisconsin have Democratic governors, they are both up for reelection and face tough elections. Past court decisions indicate that a governor may not halt a state legislature from replacing election results.

Until statewide elections are held in 2022, Trump’s organization may not have enough Trump politicians in power to override the coming presidential election in the swing states. Nevertheless, Boris Epshteyn, a former special assistant to Trump, said the Republicans will focus on secretary-of-state elections. “It’s vital they have the right ideals,” Epshteyn said. “That includes, first and foremost… making sure widespread voter fraud doesn’t happen going forward.”

builds on the assumption that the last presidential election did see widespread voter fraud. The Trump machine hauls out their big gun: the Independent State Legislatures doctrine. It rests on shaky legal ground because it’s vague and has been largely ignored in the past. But it has not been outright rejected, so it has been used as one way to interpret the Constitution’s Article II, which says, “Each State shall appoint, in such Manner as the Legislature thereof may direct, [presidential electors].”

Hayward H. Smith explores the history of this doctrine in the Florida State University Law Review. He concludes that the founding fathers’ original understanding of Article II did not identify independent powers to state legislatures that the doctrine is based on.

Smith describes how the Supreme Court in 2000 sketched a rough outline of an expansive interpretation of Article II to support an “independent legislature” doctrine. They decided to give that state’s electoral votes to George W. Bush, not Al Gore, in the 2000 presidential election. Smith writes that the Supreme Court’s decision meant that when a state legislature directs the manner of appointing electors pursuant to Article II, it operates with independence from its state constitution. Hence the state legislature is independent of the state constitution and possibly even of state court rulings.

In essence, the Supreme Court’s ruling in 2000 federalizes the legislature’s responsibilities instead of having the state legislature subject to a state’s Constitution or a state judiciary. This interpretation would strengthen placing limitations on state’s rights which have run counter to the principles embedded in the U.S. Constitution.

If this doctrine is followed, the state officer or body overseeing the next presidential election could request that the state legislature intervene to direct the “manner of appointing electors.” Removing one set of electors, say from a Democrat to a Republican, is possible if there is a “sense” of massive fraud. However, any court challenge of that action would have to go through the federal courts, which would take enough time to halt the installation of a new president. Consequently, the Supreme Court would be asked to act immediately to avoid a constitutional crisis.

belongs to the Supreme Court Justices. How will they handle this explosive issue if the election is a close count? In the 2000 Bush decision Chief Justice Rehnquist, Justice Scalia, and Justice Thomas signed off on a concurrence statement that said any “significant departure” by a state court from the legislature’s elector-appointment scheme “presents a federal constitutional question.” Smith sees this as a super-strong independent legislature doctrine. Justice Thomas is still on the Court. Could he convince the other justices that state legislatures have the authority to change the electors AFTER an election has been held?

Justice Ruth Bader Ginsburg wrote an opinion a few years ago that the Constitution’s mentions of “the legislature” meant each state’s legislative process. It would entail the process of how both houses must pass bills, the governor must sign them, and the state’s Supreme Court must not rule them unconstitutional. The chance that two of the six conservative justices would support Ginsburg’s liberal definition is non-existent.

Instead, if this issue comes before the Supreme Court, they would most likely repeat the Republican-dominated Supreme Court’s procedural approach on the Bush v. Gore case. In that instance, the clock was ticking on the need for Florida to select their electors before a deadline. The Supreme Court stopped a recount that had been initiated after a ruling by the Florida Supreme Court. That effectively killed Gore’s chance for closing the gap of fewer than 600 votes from Bush’s total.

Trump has won many of his court battles by dragging out the appeal process so that the final decision is often moot. For example, a state legislature could switch electors from a Democrat to a Republican presidential candidate. To alter that action would require filing an appeal; however, there could be no time to reverse that decision. So, the new electoral votes would go to D.C. to be confirmed by a Democrat-controlled Congress and chaired by Democrat Vice President Harris. All of whom have vowed to follow the laws, not partisan politics.

It is far from certain that Trump’s efforts will unfold as planned. However, wearing blinders does not make this scenario any less probable. Democrats must coordinate a campaign like the Republicans to win elections for secretaries of state positions, state legislators, judges, and governors in crucial swing states. That is where the election will be won or lost.

If the Democrat Party continues to focus on just big-ticket legislation providing a better future for everyone, they could be blindsided by the independent legislature doctrine. That could over to the Republicans an election victory that the Democrats won by a popular vote.

This article first appeared in The Medium.org.