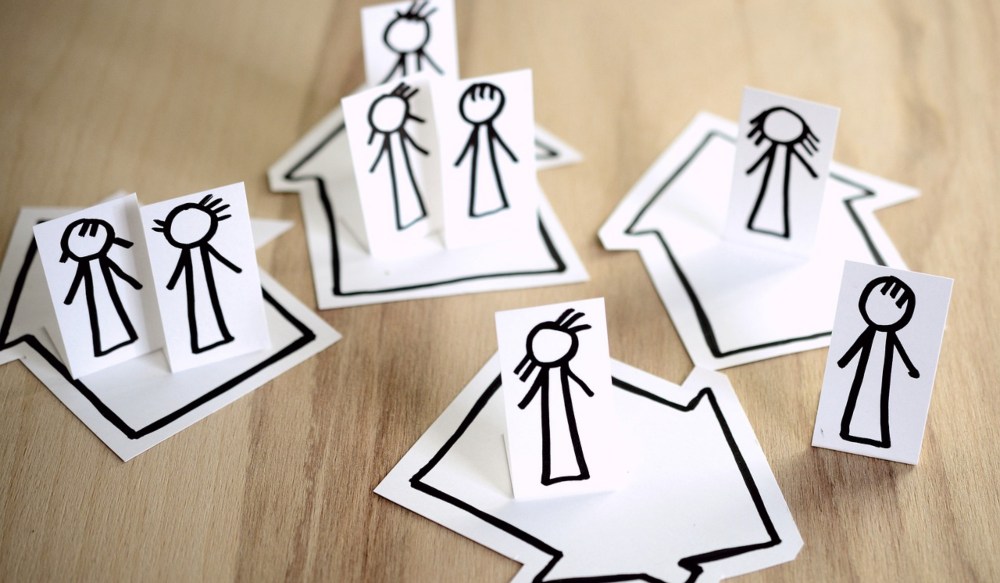 How Seattle has Led the Way on Paid Family Leave

The United States has set many examples — first written constitution, first skyscraper, first subway, first public school, and first daily newspaper. But this nation lags light years behind the rest of the world for the way it treats families. Of the world’s nations, 186 have some form of paid parental leave. Just seven nations do not: Papua New Guinea, Suriname, Tonga, Micronesia, Nauru, the Marshall Islands, and the United States.

This year that shameful omission seemed about to end. Paid family leave was one of the bright spots in Biden’s Build Back Better bill, along with climate-change measures, universal pre-K, child care subsidies, extended child tax credits, and Medicare expansion.

Families mattered at last. That is until Sens. Joe (“just say no”) Manchin and Kyrsten Sinema (who backed paid leave until she didn’t) found the package too costly. As the two deciding votes in the Democrats’ razor-thin majority, they wanted the BBB package slashed and parental leave eliminated. They said it would result in deficit spending despite the Democrats’ plan to pay for it with new taxes.

While the nation has been disgracefully derelict at providing parental leave, Washington, along with six other states and a number of municipalities, does offer such a benefit. It was Seattle that first led the effort, influencing similar legislation in King County, the Port of Seattle, and finally the State of Washington. Seattle’s example even inspired corporations like Microsoft to offer leave.

Full disclosure: I know enough about paid parental leave to be dangerous. When I served as a Seattle City councilmember, I got an earful about the city’s lack of paid parental leave in 2014, just days after the council passed the city’s ground-breaking $15 minimum wage. Marco Lowe, head of the city Office of Intergovernmental Relations, used our brief elevator ride to lobby me. “You need to do something about paid parental leave,” Lowe insisted. “This year alone we’ve had seven babies in our small department. With no parental leave, I’ve had a devil’s time piecing together unused sick leave and vacation time so new parents can have time off.”

No paid leave to have a newborn? The city had some good benefits, but, unbelievably, no provision for paid parental time-off. Deliver a child and you were expected back at work the next day. Parents faced bleak choices: use any saved-up time-off or take unpaid leave. Either way there was no assurance your job would be there for you when you returned.

Already I had a stack of emails from city workers who had seen their careers and finances upended when they welcomed a newborn. One city employee told me she was still in debt three years after the birth of her first child. She used up her sick leave and then took several unpaid weeks off. Although still paying the price, she didn’t regret the decision to care for her son in his early days.

Another woman told me how, after childbirth, she’d developed serious medical complications that forced her to take unpaid time to recuperate. Then her child became ill and months passed before she could earn a paycheck.

I knew I had to work on the problem. Thanks to the city’s modest consulting budget, I was able to hire a research firm to study what others were doing and what was possible. When the study was completed, we found grim results. The Towers Watson study showed paid parental leave (PPL) was not commonly offered, and only 14 percent of U.S. companies allowed any paid time off.

The situation for cities and firms was equally dismal: None for New York, Minneapolis, Cleveland; none for Massachusetts or Illinois; none for Boeing, Group Health, REI, or the University of Washington. The handful that did offer benefits varied: San Francisco gave 12 weeks, but only after an employee used up all other time off; Chicago gave birth mothers six weeks and non-birth parents two weeks.

My aide Monica Ghosh, central staffer Christa Valles, and I wrestled with costs and worked our way through a tangle of details. The full benefit, we decided, would go equally to all employees, moms and dads. It would follow the birth of a child or adoption of a minor child and could be supplemented with other days off. After completing our plan — a modest four-weeks paid leave for starters — we had a rude awakening. Mayor Ed Murray, although generally supportive, had unthinkingly failed to make any provision in his 2015 budget. We refused to let his oversight dampen our resolve. Instead I persuaded my council colleagues that it would be wrong to wait another full year and that we could find the dollars needed to start in 2015.

More than just the council had to be won over. First it would be necessary to get approval from more than two dozen labor unions that represent city workers. Working with David Bracilano, city director of labor negotiations, I managed to get union leaders to agree. Nevertheless, unions insisted on factoring it into their contract negotiations.

On Feb. 23, 2015, Mayor Murray and I stood under the Chief Seattle seal and jointly announced the leave benefit, effective in mid-May. It was a proud day, making Seattle one of the pitifully few municipalities to offer paid family leave. After my retirement at the end of 2015, the City Council and Mayor Murray were able to stretch the paid leave benefit for city workers from four to 12 weeks. That’s when the Washington Legislature got on board and authorized paid parental and family leave beginning in 2020. It’s now statewide.

Today the status of family leave nationwide remains precarious. Due to Manchin’s earlier objections, it was excised from the proposed Back Better Bill. Manchin says that he’ll work out a stand-alone bipartisan version — good luck with that.

Meanwhile, with so much at stake in enacting Biden’s signature agenda, House Speaker Nancy Pelosi has been listening to advocates like Reps. Richard Neal and Rosa DeLauro and Sens. Patty Murray and Kirsten Gillibrand. The speaker has added back four weeks of paid parental leave to the bill upping the price tag from $1.75 trillion to $1.85 trillion and hoping for House approval before Thanksgiving. The addition could help win support from the House Progressive Caucus but, once it is sent to the Senate, the BBB bill will face opposition from those so-called family-values-loving Republicans and from Manchin’s axe.

That leaves us with questions: Will the U.S. continue to be the outlier, unable to offer any paid family leave? Must we have a perpetual black eye when so much of the world provides so much more? (Canada offers benefits up to 50 weeks and the United Kingdom, 31 weeks. Globally the average paid maternity leave is 29 weeks.)

Nevertheless, a modest four weeks of paid leave — assuming Pelosi and Biden can navigate the Build Back Better package past naysayers and Trumpsters — would be better than none, a lifeline for so many families. It would be (excuse the pun) a baby step toward becoming part of the enlightened, developed world.

Jean Godden
Jean Godden wrote columns first for the Seattle Post-Intelligencer and late for the Seattle Times. In 2002, she quit to run for City Council where she served for 12 years. Since then she published a book of city stories titled “Citizen Jean.” She is now co-host of The Bridge aired on community station KMGP at 101.1 FM. You can email tips and comments to Jean at jgodden@blarg.net.
Previous article
Election Protector: Kim Wyman takes it National
Next article
Mosqueda’s City Budget Cuts: Something to Hate for Everyone