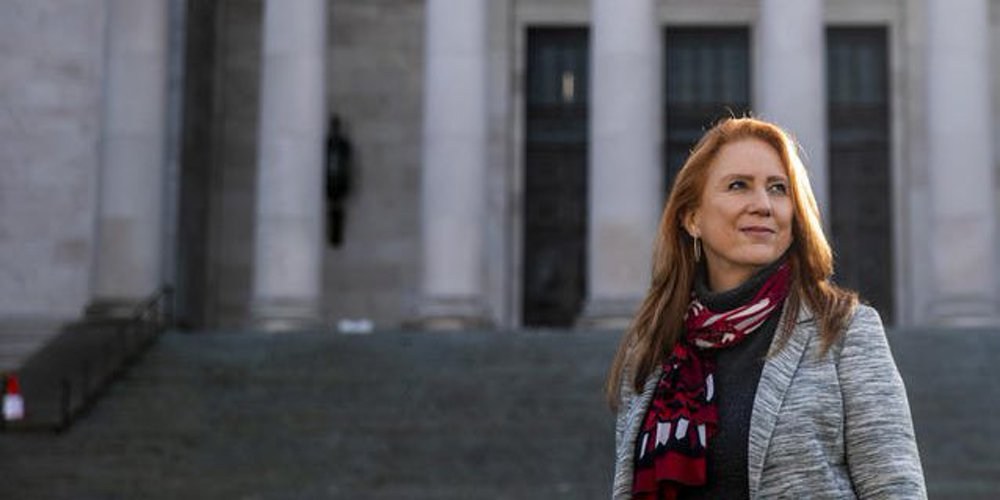 President Joe Biden’s selection of Washington’s Secretary of State, Kim Wyman to be the top election official at the Cybersecurity and Infrastructure Security Agency (CISA) was a surprise but may prove mutually beneficial.

Today’s relentless attacks on our nation’s election system are indeed a threat to the cornerstone of our democracy.  That is why picking a Republican to be the Senior Election Head of a Democratic Administration’s Department of Homeland Security, which oversees CISA, may be a Godsend to get us through this perilous moment.  The CISA Director Jen Easterly praised Wyman’s “decades of experience, unparalleled expertise,” noting that her “unimpeachable integrity [has] earned her bipartisan respect at every level of government.”

That tribute is well deserved.  Wyman, the only elected Republican currently to hold a statewide office, has continued her Republican predecessors’ (Ralph Munro and Sam Reed) tradition of serving in a bipartisan and honorable way. Over the course of her tenure, Wyman has expanded Washington’s vote-by-mail system, including fully paid postage, a wide network of ballot drop boxes — all the while maintaining strict security measures.  These initiatives have led to more convenient public voting and historic voter turnouts.

Wyman’s own thoughts echo what Democrats are aspiring to do these days.  In a recent statement, she said, “When I began working in elections 28 years ago, I resolved to work toward a system where every eligible person had the opportunity to register, vote, and have their ballot counted fairly and accurately.”

Due to Trump’s relentless claims of fraud in our election system and the mobilization of Republican efforts in various states to realign their election systems to insure a more partisan outcome, the pressure is mounting on those who serve as Secretaries of State.  Kim Wyman is one of a few nationally who stand out, resisting such pressure, putting integrity above partisanship.

She has frequently been critical of challenges to the 2020 election, prompted by the former president and his surrogates (including GOP governor candidate Loren Culp in this state), sharing her concerns on KIRO Radio’s Gee & Ursula Show, that “it concerns me  because people start losing faith in our election system, they start losing faith that the people who are elected in that system are legitimate, and it undermines the representative form of government that we have here in this country.”

In her new role as head of the Senior Election Security Lead at CISA, Wyman has pledged to protect “the integrity of our elections, and to work closely with local and state election officials nationwide to bolster this foundational pillar of our democracy.”

Across the country, the office of Secretary of State has sparked activism among Republicans anxious to do Donald Trump’s bidding in future elections.  Back in 1972, I ran for Secretary of State.  Campaigning around the state, my hope was to impress audiences, rambling on about the many duties of the office, but there was scant interest at the time.

Replacing Kim Wyman, who will officially resign on November 19, will be Governor Inslee’s call.  Both Republicans and Democrats will be haggling to get Inslee’s ear.  Caleb Heimlich, chair of the state Republican Party, said that whoever Inslee appoints should be a Republican, like Wyman, “to listen to the will of the voters” who chose a Republican Secretary of State last year.

Inslee will have no lack of interest on the Democratic side, including several county auditors, King County’s director of elections, past nominees for Secretary of State, state legislators, and others eager to hold a statewide office.  Of course, the governor’s evaluation will prioritize who has the experience and ability to continue the high standards set by Wyman in overseeing the state’s election system.

Also, Washington state has become a leader nationwide, notably mail-in ballots, drop off boxes, and the necessary safeguards to guarantee easy access to registering and voting.  Who is most suitable to be something of a national figure as Washington state becomes the best model for how we conduct our elections?

Finally, it is a partisan office with the tradition of operating in a non-partisan manner.  Whoever the Governor selects, that person must be viewed as bipartisan but also have the capability of winning a statewide office.  Otherwise, the Republican Party will likely retain the office of Secretary of State in 2023 and beyond.

If Kim Wyman had chosen to stay in office, she would likely face a backlash from her own party.  A GOP consultant, Chad Minnick, recently said if Inslee chooses a Democrat for the position, “it will fuel anger among those Republican voters who already think elections are rigged and rife with fraud.”

Fortunately, Wyman made the right choice for both Washingtons.

Don Bonker
Don Bonker is a former Member of Congress from Washington’s Third District and former chair of the House Foreign Affairs Subcommittee on Trade. He now lives on Bainbridge Island and consults on international trade issues.
Previous article
Inside the Funeral of Colin Powell
Next article
How Seattle has Led the Way on Paid Family Leave