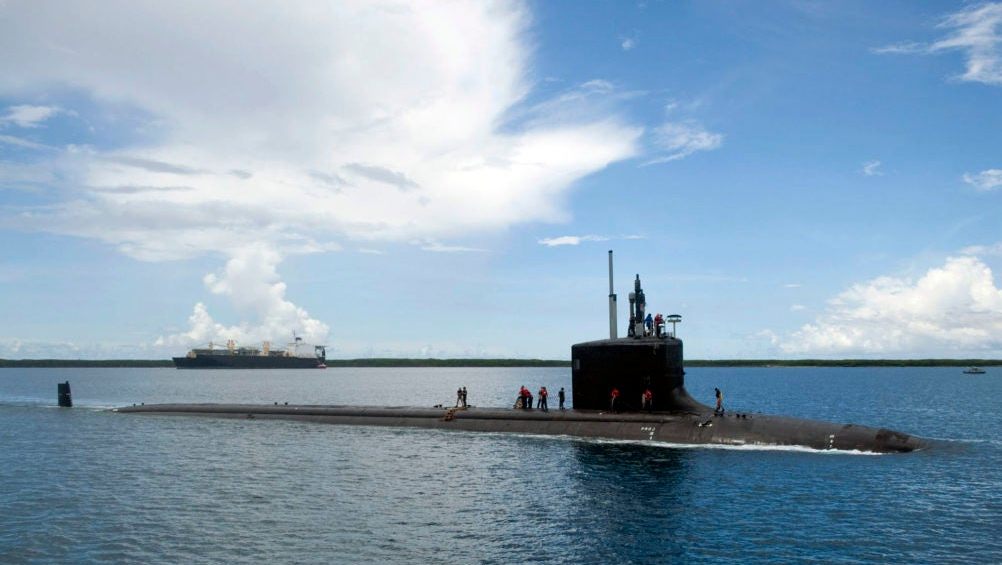 A diplomatic crisis spanning four continents erupted when Australia announced it was scrapping a $66 billion deal to buy conventionally powered submarines from France in favor of nuclear-propelled vessels to be built with technology from the United States, the undisputed global leader in modern undersea warfare.

French President Emmanuel Macron recalled his ambassadors from Canberra and Washington. Foreign Minister Jean-Yves Le Drian said France had been “stabbed in the back.” China denounced the new alliance of Australia, United Kingdom and United States — AUKUS — as a threat to Asia-Pacific security. Although the subs are to be armed with conventional Tomahawk missiles, not nuclear arms, non-proliferation advocates warned of an accelerating arms race and the risk of provoking a new Cold War with China.

But as the benefits of arming Australia with nuclear reactors to provide longer submergence capability, higher speeds and stealthier propulsion, become apparent, the heated reactions in Paris have tempered.

Macron and President Joe Biden spoke by phone on Wednesday, when it was agreed the French ambassador would return to Washington soon. White House readouts on the call alluded to increased U.S. support for anti-terrorist operations in Africa’s Sahel region led by French forces and to a promise of deeper involvement for France in defense matters of the Indo-Pacific. France maintains 8,000 troops in the region and 1.5 million French citizens live in its overseas territories.

AUKUS burst on the scene on Sept. 15 with announcement of the nuclear submarine agreement,  blindsiding the French, whose defense and foreign ministers had hailed “the importance of the future submarine programme” after a meeting with their Australian counterparts just two weeks earlier on Aug. 30.

Australian Prime Minister Scott Morrison defended the decision to cancel the 2016 contract with France for 12 Shortfin Barracuda diesel-electric submarines, whose construction delays and cost overruns were pushing the price tag of the original $40 billion contract into the range of “far superior” nuclear vessels. The nuclear subs are to be built in Australian shipyards according to U.S. blueprints and technical assistance and training of builders and crew by the U.K. Royal Navy.

“This was a decision about whether the submarines that were being built — at great cost to the Australian taxpayer — were going to be able to do a job that we needed it to do when they went into service. And our strategic judgment, based on the best possible intelligence and defense advice, was that it would not,” Morrison told a news conference on Sunday.

The switch to nuclear subs is aimed at meeting the challenge of China’s burgeoning naval fleet and the Communist-ruled country’s increasingly aggressive actions in territorial disputes in the South China Sea and East China Sea.

China’s navy is the world’s largest in ship numbers but lags the United States and Britain in nuclear-powered vessel performance and “quieting,” a vital feature assisting subs in evading detection by hostile forces, writes Andrew S. Erickson, a professor of strategy at the U.S. Naval War College and visiting Harvard scholar, for Foreign Policy magazine this week.

“Australia’s submarine force has been trying to cover vast distances for years using only conventional propulsion techniques. The continent-sized island has the world’s largest exclusive economic zone,” he notes of the country’s challenge in patrolling its territorial waters.

Erickson describes the U.S. Virginia-class SSN subs to be built for the Australian Navy as “a modern engineering triumph.” They are the achievement of an American Navy that has built and operated more than 200 nuclear submarines that have logged 6,200 reactor years and 150 million miles.

While France has reacted with alarm and anger over their scuttled contract, other members of the North Atlantic Treaty Organization have refrained from taking the side of their European ally, likely in recognition of the enhanced security in the volatile Indo-Pacific on the other side of the world provided by AUKUS.

“The United States is and will remain indispensable for Europe’s security,” Norbert Roettgen, chairman of the German parliament’s foreign affairs committee, writes in the economics weekly Wirtschafts Woche. “Preventing Chinese dominance based on maritime military superiority is of paramount strategic importance… and ultimately also in Europe’s interest.”

Asian Pacific nations wary of China’s growing military threat are largely seen as supportive of the move to bolster Australia’s strategic significance. Japan and South Korea, constrained by law and history from acquiring nuclear military might, will benefit from the enhanced regional capabilities to respond to any escalation of Chinese aggression.

New Zealand, with its no-nukes policy, and Canada have not been asked to join AUKUS. But both are members of the Five Eyes Intelligence and Oversight Council that collaborates with Australia, the United Kingdom and the United States — the other three “eyes” — in information-sharing and monitoring of security matters of concern.

Taiwan, Vietnam, Philippines and other Pacific states with claims to territory welcome the emergence of AUKUS to deter China’s incursions and construction of military posts on the disputed islands.

China is ramping up development of nuclear-powered vessels and believed to be aided by design and engineering technology shared by Russia for the construction of floating nuclear power stations. The larger concern of national leaders in the Indo-Pacific is whether China will expand its fleet of stealth nukes before Australia deploys its new SSNs in about a decade.

Although the Australian nuclear subs won’t be armed with atomic weapons, the expansion of the global nuclear submarine club from its long-restricted six members — U.S., Russia, U.K, France, China, and India — has raised concerns that it could encourage other aspiring nuclear powers to pursue both power-generating capability and nuclear arms.

In writing for the Bulletin of the Atomic Scientists, Ian J. Stewart of the Washington-based Center for Nonproliferation Studies calls the U.S. and British commitment to provide Canberra what it needs to build a nuclear submarine fleet “an unprecedented transfer of strategic capability to another country” and one “sure to irk China and accelerate the spiral toward a Cold War-style standoff.”

Carol J Williams
Carol J. Williams is a retired foreign correspondent with 30 years' reporting abroad for the Los Angeles Times and Associated Press. She has reported from more than 80 countries, with a focus on USSR/Russia and Eastern Europe.
Previous article
Grrr: Attorney General Bob Ferguson Versus the Growlers
Next article
Venice is Back in Business. Sort of