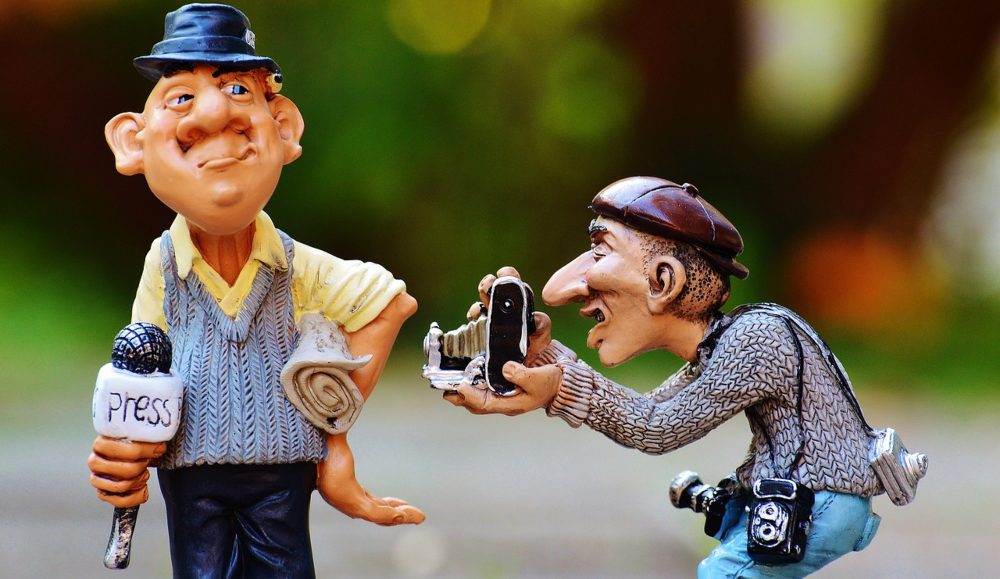 As a devoted subscriber to daily newspapers, I’ve been missing a favorite writer. Nicholas Kristof, a New York Times opinion columnist since 2001, has vanished from that paper’s editorial pages. The mystery absence was resolved July 19 when the Times reported that Kristof is taking a leave of absence while exploring a run for governor of Oregon.

If Kristof does decide to take the plunge, what he would face is well defined by Floyd McKay in this week’s savvy PostAlley report. McKay, a former news analyst at Portland’s KGW-TV, makes it apparent that the governor’s race (with term-limited Gov. Kate Brown leaving in 2022) will be crowded with well-placed Democratic contenders.

Nevertheless, Kristof earlier told Willamette Week, a Portland paper, that “many of his friends” were urging him to run for governor. Kristof explained that his persuasive friends were arguing that “we need new leadership from outside the broken political system.”

The two-time Pulitzer Prize winner had already moved back to his childhood home in Yamhill, Oregon. He and his wife Sheryl WuDunn are replacing the old sheep farm and cherry orchard with apple trees and wine grapes. And oh, by the way, Kristof registered to vote in Oregon as a Democrat last December.

A journalist running for office — what could go right? Or wrong?

High-profile journalists as politicians haven’t been a huge factor nationally, not since publishers Horace Greely and William Randolph Hearst were intent on running for U.S. president in late 19th and early 20th centuries. Peak of journalistic ambition was reached in 1920 when Republican Warren G. Harding, editor of the Marion (Ohio) Star, defeated the Democratic presidential candidate, James M. Cox, editor and publisher of the Dayton (Ohio) Daily News.

That’s not to say there haven’t been a few journalist-as-politician ventures in recent decades. Think of Pat Buchanan, Ralph Nader, Al Franken, Steve Forbes, Norman Mailer and, not to be forgotten, Sarah Palin. In the interim, Seattle watched a crop of journalists run successfully. Among the first to jump from covering news to making headlines was KING-TV news analyst Charley Royer, who became Seattle’s longest serving mayor (12 years). Next up was Norm Rice, a radio reporter who served 11 years on the Seattle City Council before manning the mayor’s chair for two terms.

Seattle City Council, too, has seated its share of newsies. Back in the 1970s, there was Bruce Chapman, a Seattle Times opinion writer who left the council for an appointment and two terms as Washington Secretary of State. Next journo to run successfully was the Seattle Sun’s Nick Licata, followed by KING-TV commentator Jim Compton, radio journalist and Seattle Police spokesman Tim Burgess as well as Sally Clark from Seattle Gay News. (Full disclosure: The author of this article served 12 years as a councilmember after writing columns for the Seattle Post-Intelligencer and Seattle Times.)

Also memorable among local journalists aspiring to office was radio talk show host John Carlson. In 2000, the right-leaning Republican (a co-founder of the Washington Policy Center) ran against incumbent Gov. Gary Locke and lost decisively. Since then, Carlson has resumed his journalism career. He currently has a morning talk radio show on KVI and contributes to local publications, including Crosscut.

Frankly it is no surprise to discover that many of those who work in the media covering government have felt the temptation. Who among us hasn’t once thought, “I could do better”?

But — from one who has been there — I can report that, if Kristof does choose to run, the journalist will face multiple hurdles. Watching someone govern isn’t the whole story. There really are two distinct jobs, and running for office is as different from holding office as hawking used cars is from constructing a French soufflé.

Candidates must begin by organizing, hiring a political consultant, a campaign manager or two, a treasurer, and a fundraiser. Money, as they say, is the essential. Unless your name is Michael Bloomberg — and even then — you’re going to spend hours, days, weeks — every spare moment — asking others for money and endorsements. Columnist Kristof likely has a hefty electronic contact list that he’ll need to work day and night.

Those running must to be ready to explain anytime and anywhere why they are in the race, what they offer that others don’t and what they intend to do if elected. In other words, the candidate must forget modesty and regularly tell the voters how good they are. And, because there are fact checkers everywhere, what they say must be the exact truth. No fudging a resume.

Candidates who have been journalists — or more dangerous yet, opinion writers — must be prepared to explain every word they’ve ever written, even dumb things said in one’s youth or with partial information. Opponents will find whatever’s been printed and candidates will have to explain.

Old opinion pieces are risky enough, but personal behavior is even more fraught. A difficult personal relationship — a bit of long-ago insensitivity — will surely be discovered, will be “embellished” and publicized. A candidate must think about the worst deed they’ve ever done: perhaps a youthful DUI, a plagiarized paragraph, the snub of a busy-body. Even one’s friends will “leak.”

If running a campaign sounds hard, that’s because it is. Perhaps it’s long past the era when candidates were expected to shake hundreds of hands and kiss babies. But those running will need to pose for selfies and hear pleas to address social injustices, free innocent relatives from prison and so on. There will be meet-and-greets, coffee hours, town halls, fundraisers, and candidate debates. Candidates need to meet the public and stay on script.

Campaigning is the hardest work I ever attempted (did I mention I’m the mother of two children?) and I’m pretty certain running for the top office in politically-split Oregon poses some especially difficult challenges. It will be interesting to see if Kristof does decide to brush away doubts, turn in his press pass (at least temporarily), and opt for a grueling year of dawn-to-dusk activity. Don’t say I didn’t warn him!

Jean Godden
Jean Godden wrote columns first for the Seattle Post-Intelligencer and late for the Seattle Times. In 2002, she quit to run for City Council where she served for 12 years. Since then she published a book of city stories titled “Citizen Jean.” She is now co-host of The Bridge aired on community station KMGP at 101.1 FM. You can email tips and comments to Jean at jgodden@blarg.net.
Previous article
Why Blue Cities are so Outrageously Unaffordable
Next article
Realtors Spend Big On State Elections