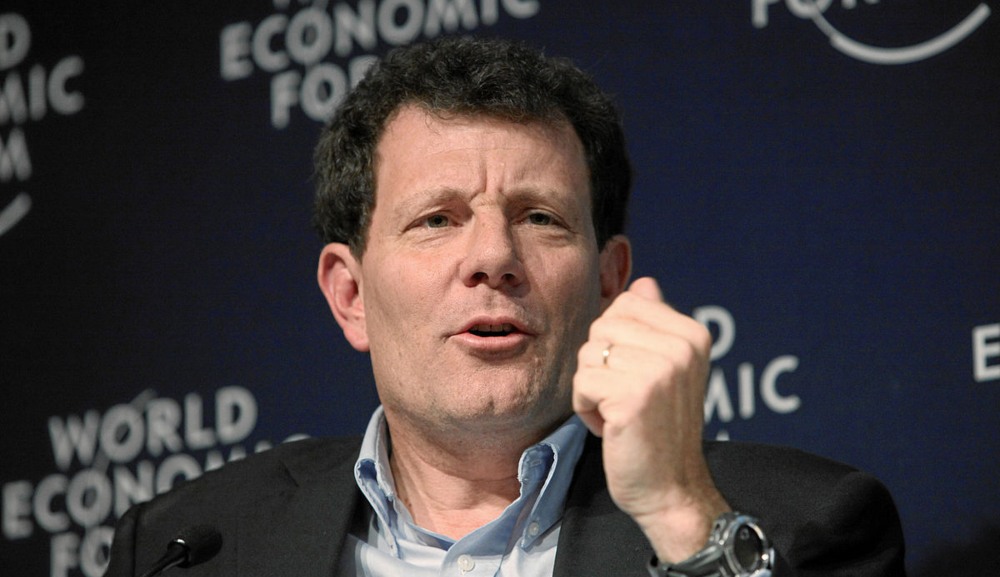 Nicholas Kristof — The Next Governor of Oregon?

Oregon politics, staggered by months of protests and violence in Portland and a deep and widening statewide gap in partisanship, desperately needs a happy headline. Is this it — this one from Willamette Week on July 18? “New York Times Columnist Nicholas Kristof is Exploring a Run for Oregon Governor.”

Kristof is serious about the exploration, according to Oregon friends who know him or have heard him talk. He and his wife, Sheryl WuDunn, moved from New York City in 2019 to the Yamhill County farm where Kristof was raised and regularly visited in recent years. He has taken a leave from his Times column while he explores the race.

Kristof, 62, is a serious man and one of the nation’s premiere journalists, with two Pulitzer Prizes (one shared with WuDunn), and five major books. He is certainly not a gadfly; friends describe him as very intelligent, with an intellectual and analytic approach to issues, a good but not flashy communicator. He is willing to take on issues others avoid: sexual slavery and pornography, opioids and drug addiction, starvation in remote, poor nations. When he writes, he pulls no punches.

He meets the first criteria to be elected governor in Oregon: He identifies as a Democrat. Although born in Chicago, he was raised on a small farm near Yamhill, on the northern edge of Pinot Noir country. He has kept close contacts with old high-school friends, some of whom have struggled with opioids, a topic of his latest book. He did internships with the nearby newspaper, the McMinnville News-Register, and the Oregonian. But his entire professional career has been outside Oregon.

So . . . local boy makes good—by leaving? Now he’s back to run the place? That’s a likely front line of attack for his opponents in 2022. Oh, yes, his degrees are from Harvard, Magdalen College (Oxford), and the American University (Cairo). A priceless C.V. for a journalist or a professor—both of his parents were professors at Portland State University—but not so much amongst ordinary voters.

Nick Kristof’s phone calls will be returned by people with influence . . . and money. A framed copy of a 1997 column about child mortality in the developing world hangs in the gallery of the Gates Foundation. The column is credited by the foundation with helping to focus it on global health. His awards and honors run for pages, yet he is not seen as a “celebrity” nor does he appear to run in those circles.

He would enter the race with the potential of significant funding, but mostly from outside Oregon. Within the state of Oregon he is not widely known. The Times has about 14,000 Sunday subscribers in Oregon, plus many more online. Kristof is active on social media, but it’s impossible to know how many of his Facebook friends vote in Oregon. I checked just a few Facebook accounts, including Kristof’s, on July 19 when the news broke. Kristof referred to the Willamette Week story and wrote, “Hmm. Interesting bit of news from Oregon. Folks, so what do you think? Greetings from Yamhill, and I’d genuinely welcome your input.”

That Facebook post quickly produced 1,600 comments and 245 shares. As would be expected, most were supportive, even enthusiastic. The major caveat: “we need you more in journalism.” Jack Ohman, the former Oregonian cartoonist now at the Sacramento Bee, also asked for “thoughts” and got a bunch: 88 comments, a heavy proportion from Oregon. Again, supportive, with a heavy tilt toward the need for new faces in Oregon politics, but some modest concern about Kristof’s lack of governmental experience.

Note that there’s only one male face on that calendar. Also note that state Treasurer Tobias Read boasts an impressive list of early endorsers, including some notable female leaders. And note further that Oregon will gain a new Congressional seat in 2022, so one or two of these gubernatorial prospects may peel off to run for that opening.  So the field is fluid, to say the least.

Oregon politics has changed dramatically since I covered the beat from 1964 to 1986, in the “Oregon Story” days of Tom McCall, a broadcast journalist who became a very popular governor. But Kristof is not Tom McCall, and this is not 1966. McCall was a liberal Republican, in an era when such beasts actually walked the earth. Also, McCall ran two other races and worked in political office before he declared for governor. McCall’s world was television, which made him into one of the best-known people in Oregon. By contrast, Kristof is a New York print journalist and author. The rebirth of Tom McCall, much yearned for by fossils of my generation, is not likely.

Politics in Oregon half a century ago was largely funded by wealthy individuals in both parties. Most of them are gone. Particularly in the Democratic primary, the heavy cash now is from public-sector unions—the state teachers’ union (OEA) and the broad state and local employees’ union (AFSCME), plus a relative newcomer: the Service Employees International Union, bolstered by growth in homecare workers. SEIU has grown from 52,000 people 10 years ago to 72,000 people today, and it’s a sign of their clout that SEIU’s Melissa Unger is a potential candidate for governor.

Kristof will also need to deal with Oregon’s residency law, which says he must be a resident for three years “prior to election.” He told a group of Portland Democrats recently that his lawyer assured him he was alright on that. I suspect others will check.

I don’t have a horse (or a vote) in this race, although I am a huge fan of Kristof’s work, and we share Yamhill County farm backgrounds, albeit by a quarter-century. Because of that age gap, I ended my political reporting as he was beginning at the Times; so, we have never met.

Looking realistically at Oregon Democratic politics, Kristof’s best bet is that the primary is loaded with candidates, and that most are liberals from around Portland. That could split the field and enough voters might go for an outsider against a bunch of liberals already in office. Oregon’s primary is in effect a winner-take-all affair, since Republicans have won few statewide offices in the last 40 years and no governor’s race since 1986.

True, Kristof has no voting record to attack but his outspoken views are there for anyone to read, including recent pieces on Portland’s angst and anger. He must lean heavily on social media to tap an impressive list of small donors from inside Oregon, to counter larger gifts from outside. Perhaps most importantly Kristof must surrender privacy he has been able to protect and learn to suffer fools lightly and with a smile. Anyone really aspiring to be governor must have his or her spouse or partner in agreement, for life in the fishbowl is relentless and unsettling.

Nick Kristof has the tool kit to be an outstanding public servant—he really is, already, for the outstanding journalism he pursues. But a columnist has only one boss, his editor, who can also stand between him and angry detractors. A governor—even a candidate for governor—is naked against the scorn. Even veterans of other offices are often surprised by how incredibly personal being a governor can be, and how lonely.

Honestly, I’m intrigued by the prospect of a new face in Oregon politics A Kristof-WuDunn partnership in Mahonia Hall and amongst Oregonians in all walks of life is fascinating to contemplate. But they must be willing to accept the burdens of this unique office.

Floyd McKay
Floyd J. McKay, emeritus professor of journalism at Western Washington University, covered Pacific Northwest politics as a reporter and opinion writer for four decades, primarily in Oregon. He was commentator/news analyst at KGW-TV (King Broadcasting) from 1970 to 1987. Previously a print reporter, he returned to print and online reporting and commentary from 2004 to 2017 with the Seattle Times Op-ed page and Crosscut.com. He is the author of Reporting the Oregon Story: How Activists and Visionaries Transformed a State (Oregon State University Press, 2016). He lives in Bellingham.
Previous article
State of the Race: Final Pre-Primary Handicapping — Mayor, Council
Next article
Three Books: The Final Days of Trump