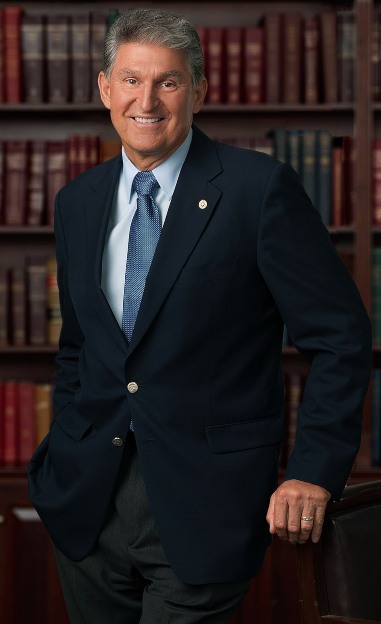 It seems clear that for too long the Democratic Party has allowed itself to be held hostage by a U.S. Senator from West Virginia who does not give a rat’s ass about his party, his colleagues, his president, or anything else for that matter, except himself.

You know it and I know it — Joe Manchin is loving every minute of his twisted time in the spotlight. He’s got his party by the balls, for he knows full well that if his Democratic caucus kicked him out, Mitch McConnell – aka, Doctor No – would be on the phone so fast your head would spin, offering Manchin anything he wanted, including half the state of Kentucky.

And, say, Manchin were to retire. West Virginia voters, at least those not hopelessly hooked on opioids and unable to cast a ballot, would replace him with a Republican so extreme as to make Missouri’s Josh Hawley look like a Marxist. Face it, Joe Manchin is no Democrat, and his Senate colleagues must soon decide at what price will they be willing to pay for their threadbare majority.

How much longer will the party of Roosevelt, Kennedy and Obama, be forced to tip-toe around a man whose loyalties are not at all aligned with President Biden or members of the Democratic caucus? In the August issue of Harper’s magazine, Andrew Cockburn makes a persuasive argument that Manchin is nothing more that a huge speed bump, “the poster child for obstruction … a bulwark against progressive reform.” I say his fellow Democrats might just as well tell him, “Joe, you’re not needed, so why don’t you just take your ball and glove and go home.”

In 2020, Donald Trump took nearly 70 percent of the vote in West Virginia, which separated from Virginia in 1863 after choosing Lincoln’s path to remain loyal to the Union without abolishing slavery. The 73-year-old Manchin is the last Democrat standing in one of America’s most impoverished and, for what it’s worth, unvaccinated states, where, as Cockburn notes, “almost a third of the state’s children are in families that are either hungry or behind in housing payments.”

No, Virginia, it really wasn’t that long ago when a picture of FDR still hung in working-class households next to John F. Kennedy. West Virginia, who motto is “Mountaineers Are Always Free,” is now redder than blood. All three of its congressional seats are Republican. The state House and Senate are Republican-held. The governor is a Republican. Bill Clinton was the last Democrat to win a presidential election, winning both in 1992 and 1996.

“In particular, Manchin’s unequivocal pledge to stand by the filibuster rule – which he justifies with appeals to a vanished tradition of bipartisanship – dooms much of the vaguely progressive agenda with which the Democrats squeaked to victory last year, leaving them with little to show voters in 2022 or 2024.”

“As a newcomer to the state legislature in 1983 … Manchin reportedly held hostage a bill curbing hospital costs pending passage of an obscure measure favoring physical therapists, the profession of one of his uncles.

Hewing to a straightforward pro-business agenda, he ran for governor in 1996 and was soundly beaten in the Democratic primary by Charlotte Pritt, a coal miner’s daughter with a mildly progressive platform.”

Pritt lost the general election by 6 points, defeated by old GOP dinosaur named Cecil Underwood. To this day, Cockburn points out, Pritt, a longtime NRA member who was nonetheless viciously attacked by Republicans as being anti-gun rights, still believes that Manchin was hugely responsible for her loss.

The sore-loser didn’t even endorse her following his defeat in the 1996 primary. “It’s the only time he ever lost, and to a woman!” Pritt told Cockburn.

After losing to Pritt, Manchin ran successfully for secretary of state in 2000, and then won the governorship in 2004. He was reelected in a landslide four years later, and in 2010, he won nine-term senator Robert Byrd’s vacated seat in a special election.

“Pritt, who stayed active in politics but never won another election, insists that Manchin ‘has always been a Republican.’ Rank-and-file Democrats in the state may yearn for a progressive agenda – Bernie Sanders absolutely crushed Hillary Clinton in the 2016 presidential primary – but they have no voice in the state party and get little or no support when they run for office, even in districts where they might have a chance of winning.”

When Denny Longwell, a former United Steelworkers official, ran for the state senate in 2018 in a largely Democratic district, he received no money, no help, no support from the state party. Manchin did nothing for him, either.

As Cockburn writes, “Like many West Virginian activists I spoke to, he (Longwell) does not regard Manchin as a survivor of the party’s electoral decline, but as an active agent of its downfall.”

Indeed, Joe Manchin is no friend of the Democratic Party, and maybe it is time to bid him farewell – no matter the political consequences.