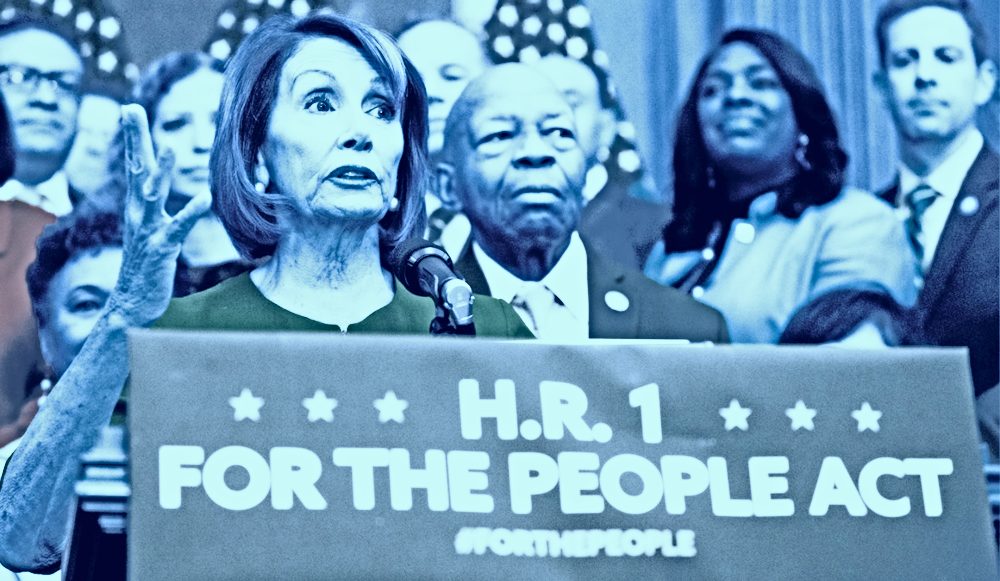 For the People? Stop Dreaming, Dems and Do Things that Can Get Done

“Politics,” said the early twentieth century father of sociology, Max Weber, “is the slow boring of hard boards.” That is to say, politics is tough, grinding work that requires tenacity and focus. Do the Democrats have what it takes?

A friend passed along a recent article from Politico by the veteran journalist, Jeff Greenfield. The title is “The Democrats Need a Reality Check.” It’s a good piece. I encourage you to read the whole thing. In the meantime, it might be summarized by saying, “Republicans are working the system as it is, while Democrats are wishing for a new system.”

Take House/ Senate Bill 1, “For the People,” as an illustration. It is a far-reaching voting rights/elections bill that is the Democrats answer to what Republicans are doing in statehouse after statehouse to clamp down on voting. While “For the People” sounds great, it stands no chance of passing. And even if it did pass, it might fail in the courts as the Constitution assigns control over elections to the states.

So the Democrats are making eloquent arguments for a bill that will never pass, while the Republicans are passing everything they can. Therein lies the problem. I am reminded of Jesus’ observation in the Gospel of Luke: “For the children of this age are more shrewd in dealing with their own generation than are the children of light.” (16: 8). Reinhold Niebuhr was fond of quoting that verse to the idealists, pre-WWII pacifists and ideological purists of his own time.

The results of the 2020 election gave the Democrats the White House and, by the narrowest of margins, the Senate and House. They seem to think that was a landslide, signaling green lights as far as the eye can see for an ambitious progressive agenda. My hunch is the American people want something more modest: a government that can actually get one or two things done, like make progress on the pandemic and pass and put into effect an infrastructure bill. Big lurches to the left or right are not in the cards. Yet the Democrats, intoxicated by the high-sounding and virtuous claims of their own rhetoric, seem intent on plans and strategies that are in serious need of a reality-check, to invoke Greenfield.

Several weeks ago, when it was clear that the “For the People” bill was going nowhere, and the Dem’s were shouting about doing away with the filibuster, Amy Walter of the Cook Political Report and a regular on the PBS Newshour suggested that the Democrats might be better off focusing their energy on getting great candidates and winning elections.

Now there’s a novel idea. Stop trying to do something — eliminate the filibuster — that you don’t have support for even in your own party; stop talking about bagging the Electoral College or packing the Supreme Court —  neither of which are gonna happen, and focus on getting great candidates for office and winning elections. What a concept!

Joe Biden has been in the business of politics — the “slow boring of hard boards” — for a long, long time. Is he a match for another cunning, veteran political player, namely Mitch McConnell?

There are lessons here for Seattle and Seattle politics. While some of the loudest may be calling for “defunding the police” and bringing Amazon to heel, my hunch is that most Seattle voters would just like to see a city that takes care of business and gets some things actually done, like making progress on homelessness and encampments, and fixing the streets and bridges.

In leadership, you have to show yourself capable of doing the basics before people will take the risk of trusting you with bigger stuff. In the ministry we called this “paying the rent.” 2020 to 2022 is the Democrats window to pay the rent, to show they can do basic things now, and so gaining trust to do more ambitious things later.

Anthony B. Robinsonhttps://www.anthonybrobinson.com/
Tony is a writer, teacher, speaker and ordained minister (United Church of Christ). He served as Senior Minister of Seattle’s Plymouth Congregational Church for fourteen years. His newest book is Useful Wisdom: Letters to Young (and not so young) Ministers. He divides his time between Seattle and a cabin in Wallowa County of northeastern Oregon. If you’d like to know more or receive his regular blogs in your email, go to his site listed above to sign-up.
Previous article
In One Sale, Sixty Percent of Washington’s Wine Industry has Changed Hands
Next article
Stranger and Stranger: Behind Seattle’s Only Newspaper’s Endorsements