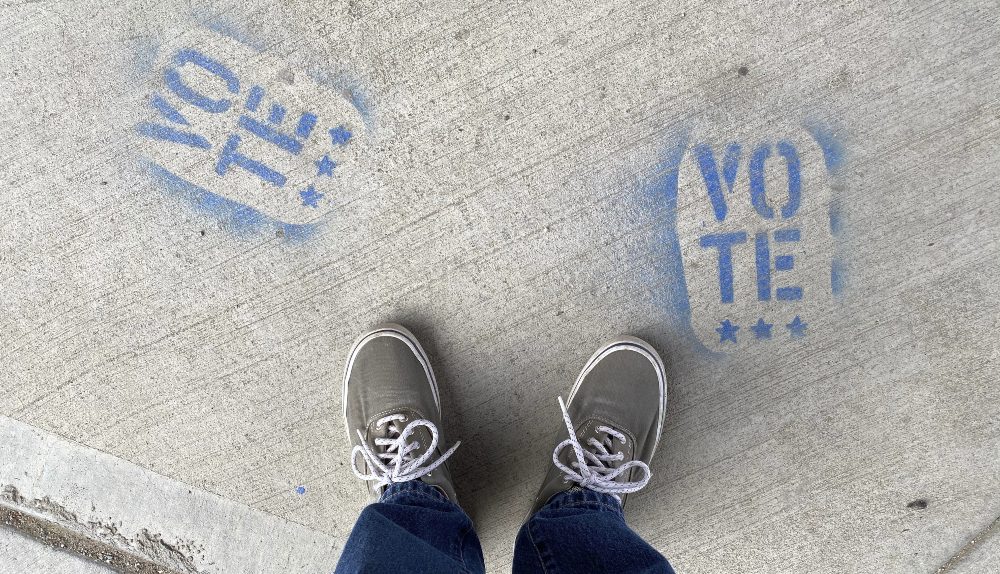 A Referendum on Seattle: Ten Issues Mayoral Candidates Could Run On

The Whidbey-based presidential historian Robert Merry favors the theory that most national elections are not forward-looking so much as referenda on the past few years. The 2020 election, for example, was a referendum on Trump, just as the 2022 might be a referendum on democracy. In Seattle the 2019 city council elections started out as a referendum on the shrill socialist Kshama Sawant and then, thanks to Amazon’s political tone-deafness, a referendum on corporate sway.

Sometimes the election is a referendum on the office holder, or it can be on a broader problem (climate, crime, inflation). A referendum election focuses the voters’ minds, as happened in the New York mayoral race where the winner (who happened to be an ex-cop) made the election into a referendum on police and crime, while his opponents were all over the map.

How might this apply to the coming mayoral election in Seattle, particularly the primary on August 3? There are not incumbents to prompt a judgement. The city council has only two races, both citywide seats, and the Teresa Mosqueda race is already a yawner for the incumbent, while the open seat (vacated when Lorena Gonzalez opted to run for mayor) will likely be a donnybrook battle between a businesswoman moderate (Sara Nelson) and a far-left provocateur (Nikkita Oliver). Current Mayor Jenny Durkan chose not to seek a second term, so an overt referendum on Durkan’s tenure is off the table.

Many of the hot national issues — voter repression, COVID, infrastructure, lingering Trump, China challenges — have little salience here. Seattle’s hot economy and dominant progressive politics mean most of those issues are settled locally or irrelevant to our politics.

Even so, there are some good possibilties for focusing this year’s referenda. A basic rule in politics is to frame the main issue (or villain) to be addressed in such a way as to position yourself as the best person to fix it. The framing is key. So what are the possible framing referenda, locally?

An example would be to find a way to get a new West Seattle Bridge, fast (rather than the drawn-out process we’re going through), or to settle on an effective plan for homelessness. With a glance toward Biden’s bipartisanship pitch, some of the mayoral candidates position themselves as dealmakers. Candidate Jessyn Farrell for instance cites her brokering of past transit deals. Candidate Colleen Echohawk stresses her experience in making peace treaties and her connections far and wide. Bruce Harrell positions himself as “strong,” claiming to be able to make tough calls in resolving endless impasses.

Many make the case that Seattle has lost its way by becoming too corporate, too expensive, too hostile to single family homes, too controlled by external forces and owners, too mean-spirited, too hog-tied, too unsafe. Candidates Casey Sixkiller (with his stories of boyhood in the city) and Art Langlie (evoking the pull-together civic spirit of a Jim Ellis generation) both sing from this Golden Oldie songbook. Farrell talks about tending to basics like parks and infrastructure. A sub-theme is ways the COVID hibernation has reminded us of deeper values, such as family and work-life balance. Another theme will be dealing with crime and homelessness and reform of the police.

Seattle likes to remake itself, so here’s the chance to “build back better.” Push right through the hesitations and political obstacles with bold programs. The urbanist side of this (no single-family zoning) is advocated by Andrew Grant Houston. Some favor building back downtown so there are more owner-operated, ethnic-owned, and high-character stores. Accelerate the build-out of rail transit (Farrell); establish a minimum basic income program (Sixkiller). View all new programs through the equity lens (all the candidates). Revive Seattle’s entrepreneurial zest.

Seattle politics is stymied by the conflict of a progressive, labor-dominated council and a mayor who is normally elected with strong business and labor support (as happened with Greg Nickels, Ed Murray, and Jenny Durkan). Now, business and labor cannot agree on a candidate or an agenda, so that produces an argument for trying a mayor who is firmly in the Scandinavian-progressive camp (decarceration, ethnic empowerment, labor reforms for all businesses, reining in police, rent relief, tax the rich). This is the main theme of Lorena Gonzalez, as well as the council majority and powerful local leaders such as Rep. Pramila Jayapal, a Gonzalez backer. It also suffuses young voters and local media. Echohawk seems to have shifted gears to this approach, and Farrell has at least one foot in this camp. Labor, split into the pro-jobs and pro-equity camps, now tilts strongly in the latter direction. Keep in mind that in general elections in Seattle, the more liberal candidate almost always wins (though not four years ago, when the liberal/urbanist Cary Moon lost to center-left Durkan).

Consider: Downtown will take a long time to recover. Amazon and others are bailing on Seattle. The city has outpriced the market and outpriced the middle class (a civic mainstay). Rival cities have mastered the art of wooing and creating new businesses. Workers have been freed from headquarters and high-cost cities. China is a rival rather than a market for the Northwest. Seattle’s homelessness crisis is out of control. Our political stalemates and regulatory mazes stymie strong solutions and have created a “vetocracy.” Wake up! cry some candidates like Harrell and Langlie and Sixkiller. But once awake to the danger, where are the substantial programs that can get enacted in a city that can’t make hard decisions or stick with them?

Four of the last five Seattle mayors have only lasted one term, and few have established a durable political base or a workable council majority. Farrell talks about scoring early mayor-council victories as one way to create momentum. Gonzalez and Harrell talk about their city hall experience, knowing the levers of influence. But none is likely to enter office with broad popularity, an issues mandate, or demonstrable managerial moxie.

The themes of urbanism arose as a way to justify mass transit, combat sprawl, address climate change, build bike lanes, and attract the creative class workers in technology. The theme is still a feature of The Stranger and Publicola, but only one long-shot candidate, Andrew Houston (an architect), has fully embraced this pitch (four years ago, finalist Cary Moon, an architect, ran almost entirely on this agenda). Most other candidates favor limiting single-family zoning (bound to be litigated) and (re)building more transit. The main density zones, downtown and Capitol Hill, are now tainted with corporations and white privilege, and other areas such as Ballard and West Seattle have been lined with unattractively boxy apartments, so the bloom seems off this rose.

These arrangements may be key to rebuilding infrastructure, but Seattle has so stigmatized “private” as capitalist monopolies — and so many civic-minded companies have sold out to absentee owners — that this is a tough theme to revive. It used to be the tune of the Chamber of Commerce, before equity supplanted the business message. Perhaps only Art Langlie really embraces this approach, one that built modern Seattle, and it may be a feature of the next mayor to widen his or her base, but it is a toxic campaign theme.

Both President Biden and newly elected New York Mayor Eric Adams are trying to pull the Democratic Party away from what Adams calls “the fancy candidates” and toward working- and middle-class issues such as day care, free college, affordable rents and housing, jobs, and safe, clean neighborhoods. Democrats like to run on these issues but then govern by doing favors to the affluent base. Gonzalez is clearly pitching herself as the friend of the working class, and will have strong labor union support. She has found a substitute punching bag for Amazon by defying (and goading) the Downtown Seattle Association. Others such as Sixkiller and Harrell and Langlie appeal more to the middle class, drawing a contrast to the “gentry left” of white progressives.

The summer of Black protest has produced candidates for whom racial justice is the broad social referendum. Five of six leading mayoral candidates, except Farrell, are ethnic minorities. The lens of racial justice is now applied to many new issues (arts, transit, nonprofits, parks, schools, media, philanthropy), often to the exclusion of other competing values. Whether the failure of slogans such as “Defund the Police” signal the erosion of this urgency remains to be tested at the polls. But Seattle seems bent on leading the parade, rhetorically at least, for diversity, equity, and inclusion. With nearly all candidates delivering the same sermons and passing the same litmus test, none really can stand out.

Civic discourse in Seattle is now quite tame and monocratic, and campaigns have been professionalized by consultants and so have become much safer and poll-tested. So it is not surprising that none of the above referenda have taken hold. Moreover, candidates who might articulate a broadly popular and fresh reform agenda mostly shy away from running for such a high-pain/low-yield office as Seattle mayor.

To be sure, the next mayor might not grow into articulating such an organizing and galvanizing appeal. Over time the city, complacent with its magnetic reputation and strong economy, may demand it. I suspect we are in for another four years of conflict and drift and dismay. After that, if Seattle hits an air pocket, we might have a clear referendum election. In politics, timing is everything.

David Brewster
David Brewster, a founding member of Post Alley, has a long career in publishing, having founded Seattle Weekly, Sasquatch Books, and Crosscut.com. His civic ventures have been Town Hall Seattle and FolioSeattle.
Previous article
Under Abandonment: A Gripping Account of Last Summer’s East Precinct Debacle
Next article
Goodbye to the Germy Handshake