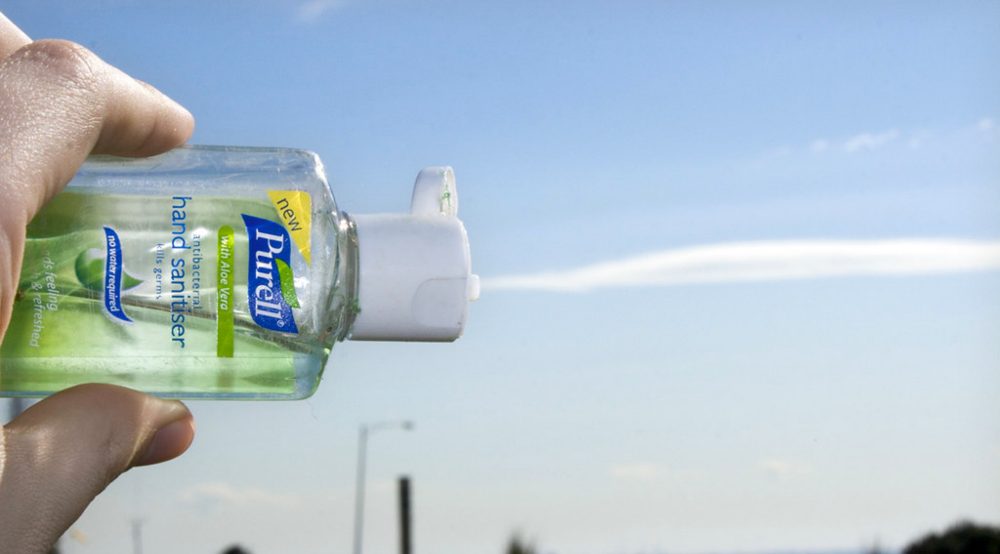 Goodbye to the Germy Handshake

After I quit my job as a Seattle Times columnist and paid the fee to run for Seattle City Council, I got a gift from my political consultant. Cathy Allen, a veteran known for taking on challenging campaigns (women, minorities and LGBT), gave me my first bottle of Purell hand sanitizer and told me to always keep one in my purse.

One of the basics of running for office in those pre-covid-19 years was having to shake hands — thousands of hands. Who knew how many colds and strains of flu and dysentery, how many cases of pink eye and conjunctivitis were circulating? For my own health and that of others, I had to take precautions.

The political handshake, the ritual pressing of the flesh, has been one of the most important and easiest ways to establish a connection, a gesture of good faith and solidarity between office seekers and voters.

The handshake has existed in some form for thousands of years. Perhaps the earliest known example is a ninth century B.C. stone relief that shows Assyrian King Shalmaneser shaking the hand of his Babylonian ally. Handshakes were later described in Homer’s “Iliad” and “Odyssey.” Folklore has it that extending an empty hand was a sign of trust, showing that one’s hand was free of weapons. The gesture of “shaking” hands did double duty, serving to dislodge knives or other objects concealed in a sleeve.

By the fourth and fifth centuries B.C, the handshake shows up as an image (called “dexiosis”) in Greek funerary art with the deceased shown clasping hands in final farewell. The gesture can also be found on early Roman coins. Quakers are credited with reviving the handshake and bringing it to the New World in the 17th Century. The plain people promoted the shake as an egalitarian alternative to bowing and scraping or hat tipping.

For good and ill, handshakes have been historically significant. There’s the famous handshake that took place on Palm Sunday, 1865, between Gen. Ulysses S. Grant and Confederate Gen. Robert E. Lee. It marked the end of the U. S. Civil War. One star-crossed shake occurred in 1901 when President William McKinley, known for his ability to deliver 50 handshakes per minute, reached for the unbandaged left hand of anarchist Leon Czolgosz. The unemployed millworker then fired the gun he’d concealed, striking the president who died eight days later. McKinley was succeeded by Teddy Roosevelt — also a prodigious glad-hander who once shook 8,513 hands in a single day.

Also on the down side was the infamous 1938 handshake between Britain’s Prime Minister Neville Chamberlain and Adolf Hitler, allowing Nazi Germany to occupy the Czech Sudetenland. That handclasp only mocked Chamberlain’s promise of “peace in our time.”

Handclasps however have often been used to mark more hopeful occasions. Among them was the ceremonial handshake between Egypt’s Anwar Sadat and Israel’s Menachen Begin that marked the end of 30 years of war. It was followed by an equally symbolic moment when Bill Clinton presided over joined hands between P.L.O. Chairman Yaser Arafat and Israel’s Yitzhak Rabin.

History aside, handshakes of any sort were wisely suspended — first during the 1918 Flu outbreak and, more recently, during the pandemic. Such was recent public concern that sanitizers like Purell largely disappeared from store shelves, even though it is now known that covid-19 spreads not through handshakes but through close encounters and inhaling air droplets.

Today state governors are relaxing pandemic restrictions and we’re gradually returning to normal. Nevertheless it seems unlikely handshaking will return anytime soon. None other than White House Medical Adviser Dr. Anthony Fauci has said that Americans should give up the gesture entirely. He pointed out the benefits of not spreading flu and other diseases.

What might take the place of a good old handshake? There are novel ideas from fist bumps to elbow taps, lowered heads to shoulder squeezes. Some have suggested gripping and shaking one’s own hands, or bowing prayerfully, or placing a respectful hand over one’s heart.  At any rate, the loss of the perennial handshake means that you won’t be sharing quite as many germs. Whether this translates into even less trust for politicians remains to be shaken out.

Jean Godden
Jean Godden wrote columns first for the Seattle Post-Intelligencer and late for the Seattle Times. In 2002, she quit to run for City Council where she served for 12 years. Since then she published a book of city stories titled “Citizen Jean.” She is now co-host of The Bridge aired on community station KMGP at 101.1 FM. You can email tips and comments to Jean at jgodden@blarg.net.
Previous article
A Referendum on Seattle: Ten Issues Mayoral Candidates Could Run On
Next article
Who Owns the Oceans