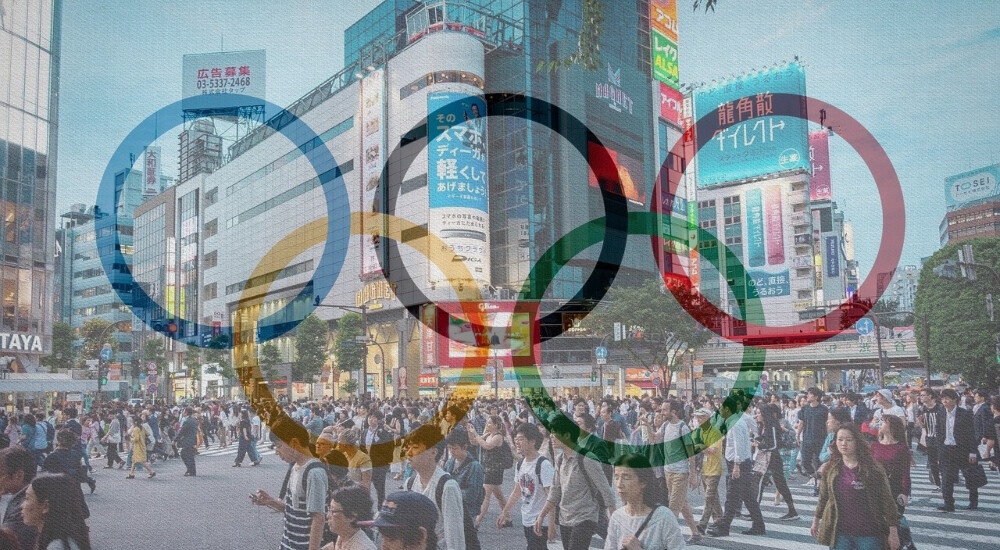 Data say the Tokyo Olympics should be canceled. They won’t be.

It is hard to imagine what more it would take for next month’s Olympic Summer Games in Japan to be postponed again or canceled.

A state of emergency in Tokyo and Osaka prefectures that was set to expire this week has been extended to June 20 due to surging COVID-19 infections. The onslaught of new cases has overwhelmed hospitals and medical personnel in the two locales where most of the sports events are to take place.

The 6000-member Tokyo Medical Practitioners’ Association warns there is no capacity to treat athletes or others among the 20,000 foreigners expected from 200 countries should they fall ill. In hard-hit Osaka Prefecture, coronavirus sufferers are filling so many hospital beds that new cases and emergency treatments for non-virus patients are being sent home to summon care.

“Viruses are spread by people’s movements,” the association warned in a letter to Prime Minister Yoshihide Suga and Japan’s top Olympics officials. “Japan will hold a heavy responsibility if the Olympics and Paralympics work to worsen the pandemic, increasing the number of those who must suffer and die.”

Polls show as many as 80% of Japanese citizens want the games to be postponed again or cancelled. The 2020 Olympic Summer Games were postponed on March 24 of last year on a day when Japan recorded 65 new virus cases. The current daily infection rate is 6,000.

Demonstrations are increasing in frequency as the July 23 start of the global competition approaches. Leading newspapers are calling for scrapping the influx of foreigners who could bring in dangerous mutations of COVID-19 to a country with barely 5% of the population vaccinated.

The U.S. State Department and the Atlanta-based Centers for Disease Control and Prevention last week issued warnings against Americans traveling to Japan, citing the virus spikes upending what had been one of the developed world’s more successful pandemic containment efforts.

“Because of the current situation in Japan even fully vaccinated travelers may be at risk for getting and spreading COVID-19 variants and should avoid all travel to Japan,” the CDC said in a statement.

“Do not travel to Japan due to COVID-19,” the State Department announcement ordered on May 25, when it raised an April travel advisory from “reconsider travel” to “do not travel.”

While neither the State Department nor the CDC can prevent Americans from traveling to the games if they are permitted by the Japanese to attend, the official warnings could raise the stakes for attendance with heavy trip insurance hikes and higher costs to keep participating athletes and their coaches in isolated bubbles.

International Olympic Committee President Thomas Bach has insisted throughout the lead-up to the Tokyo games that the event will be “safe and secure” due to measures put in place to deter spread of the virus at the Tokyo Olympic Village. Athletes will be confined to their accommodations except for practice and competition, with meals delivered to their rooms for solo consumption. No travel outside the village is to be allowed, nor can Olympics visitors use public transportation or visit venues unrelated to their sporting event.

IOC officials have advised the Japanese hosts that they expect at least 80% of the athletes will have been vaccinated against COVID-19 before their arrival. The Tokyo government, which has largely banned foreigners from entering Japan throughout the pandemic, announced months ago that no foreign spectators would be allowed in for the competitions. Organizers are now considering whether to limit Japanese attendance at the games or to ban all spectators. A decision on that vital incentive for athletes’ performance is expected by the end of June.

The U.S. Olympic & Paralympic Committee issued a statement last week saying it believes American athletes will be able to compete safely in the Tokyo games.

“We feel confident that the current mitigation practices in place for athletes and staff by the USOPC and the Tokyo Organizing Committee, coupled with the testing before travel, on arrival in Japan, and during the Games time, will allow for safe participation of TEAM USA athletes this summer,” the committee said of the 600 Americans expected to participate.

IOC officials’ persistent assurances that the games will be played on schedule from July 23 through August have been met with warnings from global health experts that the organizers are not heeding science.

“We believe the IOC’s determination to proceed with the Olympic Games is not informed by the best scientific evidence,” The New England Journal of Medicine said in a commentary last month.

The British Medical Journal called on the organizers to “reconsider” holding the mega-event in the midst of a pandemic.

Asahi Shimbun, Japan’s second-largest newspaper, broke ranks with publications that are sponsors of the Olympics in saying the games should be canceled.

Social media posts and mainstream news sources have pointed out the financial imperative of going forward with the games, seemingly at any cost. The IOC derives 75% of its income from selling broadcast rights and another 18% from sponsorship. With the prospect of no fans in the stands, televising the games would help the IOC get some return on their investment. For the usual host-nation vendors – hotels, restaurants, souvenir shops and transport – an Olympics without spectators is expected to be a bust for the $15 billion invested by Japanese sponsors and the government on behalf of taxpayers.

The appeals for cancellation and public protests of the risks to an already virus-plagued population have had little impact on IOC officials.

Richard Pound, the senior IOC member, told the British tabloid Evening Standard on Tuesday that “barring Armageddon… the games are a go.”

Carol J Williams
Carol J. Williams is a retired foreign correspondent with 30 years' reporting abroad for the Los Angeles Times and Associated Press. She has reported from more than 80 countries, with a focus on USSR/Russia and Eastern Europe.
Previous article
Memo to Biden: Do More to Protect the Tongass, America’s Last Great Rain Forest
Next article
Two Minds: What to do about Crime Rate Rise?