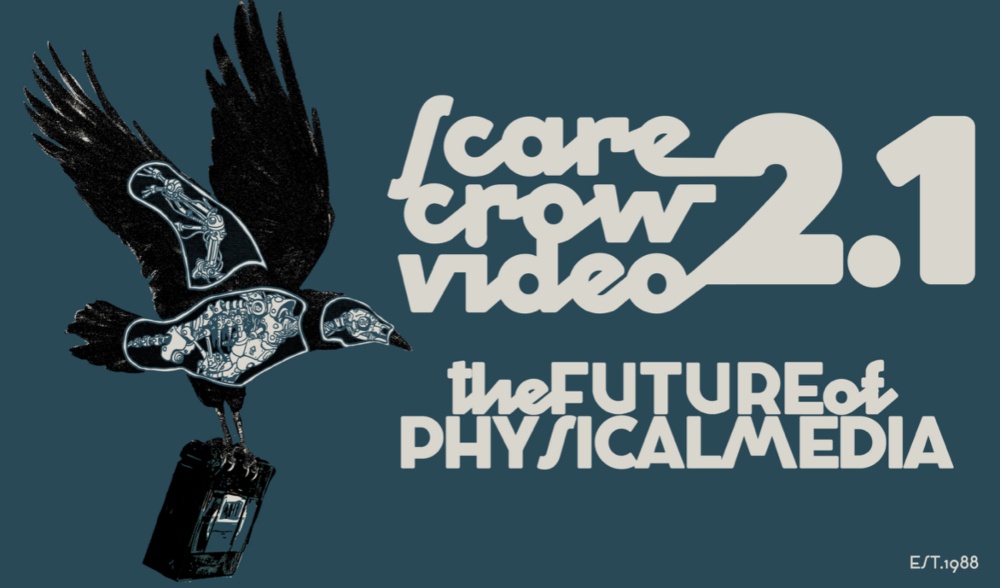 De-streaming the art of film

On a mixed-use block of Roosevelt Way, where Planned Parenthood and Blessed Sacrament Church stare blankly past each other, there stands a nondescript two-story building with a humble name: Scarecrow Video.

It is what it says it is: one of very last-standing examples of an amenity which once existed by the tens of thousands in almost every American strip-mall from sea to shining sea.

But is also something much more precious: a storehouse, an archive—nay, a repository—130,000 physical objects comprising the largest collection of moving imagery publicly accessible in North America and, possibly, the world.

It began, over 30 years ago, when a Greek immigrant named George Latsios began renting his own highly idiosyncratic collection of VHS videos to friends and fans.

He and his wife Rebecca called their enterprise “Scarecrow” thinking of Ray Bolger’s character in The Wizard of Oz, but for anyone who remembers him, it recalls its shy, gawky founder and his fondness for the unconventional and quirky.

Even today, the firm’s immense resources are organized—if that is the word—into categories—“Psychotronic” and “Literature” and “Live-Action Manga” are fair examples—which have more to do with desperate film-fandom than rational classification.

More goal-oriented film seekers can find it frustrating to locate what they were seeking. The classic 1980 spy spoof Hopscotch, for instance: would Ronald Neame’s deadpan comedy be stored out on the main floor, among the work of “pantheon” directors, or up against the north wall under “British,” or in the “Comedy” room up on the south balcony?

As the collection grew into six figures, so did the problem of keeping it straight. But tradition is tenacious, and scarecrow has from the beginning been a shoestring operation, always teetering on the brink of bankruptcy, while the media forming its resources wobbled erratically onward from Betamax and Laserdisc and VHS to DVD and Blu-ray, forcing constant costly re-investment to stay up to date.

Nevertheless, like a small band of Elizabeth Warrens, they persisted. The company reorganized in 2014 as a non-profit organization and began its fundraising with a successful $100,000 campaign to stabilize ongoing operations.

And despite the relentless rise of non-physical access to film by way of streaming my way of mega-corp enterprises like NetFlix and specialty offshoots like the Criterion Film Channel, the Cohen Collection et al, they continued to acquire new content great, modest and indescribably peculiar.

The pandemic came like a Richter-scale shakeup for the company. Again a campaign for contributions saved the day. It also jolted management into the realization that more was need if the store was to survive. Its charmingly archaic classification systems could no long support inventory and rental supervision of the huge and still-growing collection.

Beginning at last to make its content available by mail-order was a vital step toward survival under lockdown, but it also brought into focus how tenuous the firm’s information infrastructure had become.

Again, the board and management gathered and resolved to go for broke and create “Scarecrow 2.0,” a quarter-million-campaign to bring the collection up to digital date, making the storefront rental operation compatible with a theoretically worldwide market for its product.

The campaign announced this week begins with $50,000 already committed or in the kitty. But I’m sure that many who have read this far are impatiently waiting to learn what the point is of struggling on against the currents of time. Who needs physical media, in a time when surely everything worth watching is accessible, instantly and cheaply, with a click of the mouse?

For seekers of casual entertainment, the answer is: you don’t need it; go back to Amazon Prime or Disney+.

For the dedicated (and indiscriminate) lover of film, the need is obvious and intense. If “whatever’s on tonight” won’t do, if the appetite is narrow and specific, if it’s got to be Dario Argento’s lurid 1971 stalker-shocker Four Flies on Gray Velvet or Henri Decoin’s 1948 dark romance All Lovers are Alone, then streaming can’t help you. Scarecrow, for a little more than ten bucks, can, without leaving your house.

Another reason for considering “physical media” over streaming: the future of the planet. Streaming video requires constant terabytes of information shooting round the internet, and those terabytes consume billions of watts of energy daily. A Blu-Ray disk used an ounce of unrecyclable plastic and the attentions of the USPS to reach you. Doesn’t that seem a more economic use of resources?

If you haven’t been to Scarecrow for a while—if particularly you have never been there—I urge you to spend a little time at www.scarecrow.com and find out what a baroque gem of the local arts scene you’ve been neglecting.

Consider ponying up a few dollars to support it, even if you’ll never rent a film. A lot of Big Art has been asking you to Give Big this week. Dollar for dollar, giving to Scarecrow is about as cost-effective as it gets.

Roger Downey
Born in Canada moved to Peru's altiplano at the age of six; came to the U.S. at 10 to discover that you don't use your feet to dribble the ball. Learned from the git-go that "America" is an idea, not a place.
Previous article
American Socialism Ascendant?
Next article
Tax the Rich! (Sorry about the Constitutionality)