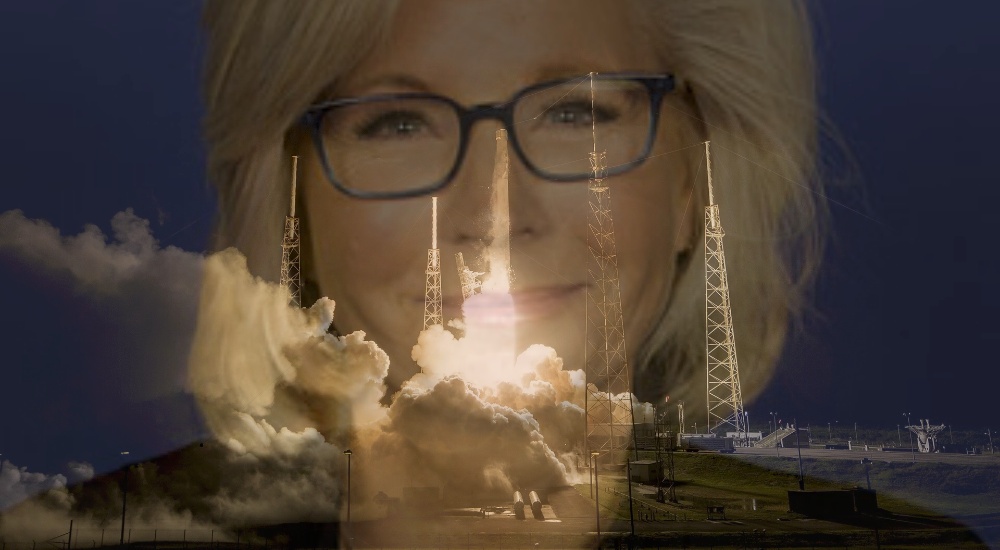 Liz against the Big Lie — The Political Calculations (on both sides)

The Liz Cheney story fits all-too-snugly into an incomplete interpretive category — Republicans afraid to antagonize Trump (and Trumpians) and the GOP’s risky fondness for big lies. Let’s unpack the story a bit.

For starters, the GOP is on the verge of mastering the Strategic Lie, a new chemical weapon of political warfare perfected by Donald Trump. Cheney would disarm this weapon, here in the testing phase. She’s also trying to get the GOP away from running in 2022 as The Party of Trump, as it seems foolishly intent on doing.

Strategic Lies, alas, have some value, and not just as the main ploy in Trump’s lie-and-litigate career. They keep the focus on the issue for many news cycles, as media prolong the story by pointing out, fact-checker-style, that it’s wildly untrue. They mess with the minds of liberals. They rally the Know-Nothing base. And voters, addicted during the Trump circus to the melodrama of modern politics, don’t seem to mind, at least in the short term.

Moreover, such monstrous lies provide air cover for what’s really going on in the trenches. When Trump trotted out the slur about Obama being born in Africa, it was a cover for making voters uneasy about Obama’s blackness and loyalty. The Big Lie about a stolen 2020 election is cover for rolling back voter regulations, as states are now brazenly doing. Placating Trump is cover for raking in big donations that Trump controls.

Politicians fib all the time, but the stakes get higher with the use of ICBMs such as the Strategic Lie. Such damn-the-torpedoes whoppers erode trust in all politicians (including Democrats). They coarsen political debate, making it more emotionally vicious. They undermine legitimacy, particularly as Biden tries to revive an era of big government. Cheney is certainly right to call out the Big Lie, though it might carry more weight if she were to resign her leadership position in the caucus and fire away from the back bench, Romney-style. Democrats are justified in deploring this escalation of political warfare. Unfortunately, escalation usually leads to imitation.

As for the loyalist Republicans, they are taking Cheney’s bait, tossing out a famous Republican for daring to defy the boy’s club. Here’s how Peggy Noonan of The Wall Street Journal takes some lumber to the heads of the GOP House of Cowards: “The Republicans like to call themselves a big tent. Ms. Cheney is in that tent, a woman who isn’t in the boys club and yet has been respected by the boys. If they throw her out she looks like Churchill, and they look like little men with umbrellas. It will make the party look stupid and weak, as if it can’t tolerate dissent. Republicans like to call for diversity of thought on campuses. What about in the Republican Conference? Giving her the boot places Mr. Trump at the center of things, and is a gift to President Biden, taking all the heat off his programs and policies.”

Another neglected aspect in the story, amid all the media applause for the scrappy Wyoming conservative: the reputed clumsiness of the Cheney political operation. Contra Cheney, the Republican-approved playbook is to deplore Trump for his role in the insurrection and then move on to attacking Biden. The wily Sen. Mitch McConnell gave a scorching speech about Trump and the insurrection he provoked, but then shifted the discussion to how to defeat Democrats in 2022, keeping mum about the stolen election.

Further, as this Politico article alleges, Cheney has too few friends in her caucus to survive. Like her famous Dad, daughter Cheney has a my-way-or-the-highway style that reminds voters of how badly split the GOP is over Trump. She is said to listen poorly and has not cultivated political allies, probably dooming her message and her Wyoming Congressional seat. The Politico article by Eliana Johnson goes on to draw a parallel with another friendless, imperious politician, New York Gov. Andrew Cuomo. Johnson writes:

“Cuomo and Cheney don’t have much else in common, but both are second-generation politicos whose rise in public life was propelled in large part by their father’s networks. As a result, they seem to have learned less about what it takes to develop and maintain professional friendships and alliances.”

Casualties litter the stage, once more.

David Brewster
David Brewster, a founding member of Post Alley, has a long career in publishing, having founded Seattle Weekly, Sasquatch Books, and Crosscut.com. His civic ventures have been Town Hall Seattle and FolioSeattle.
Previous article
Sawant Circles Back: Her Disingenuous Run at Rent Control
Next article
School’s Back in Session: Hundreds of Millions of Herring Return to Puget Sound