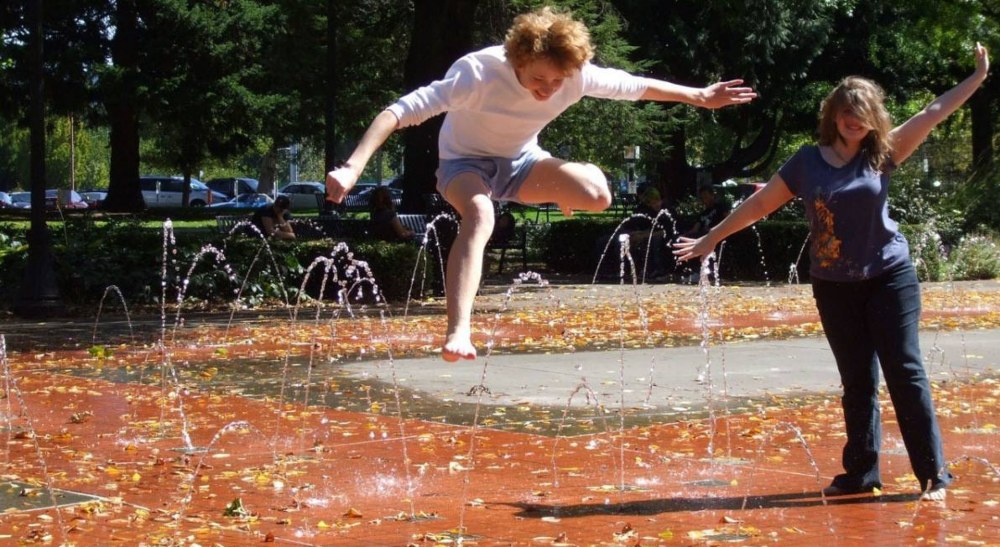 Oregon Gains a Congressional Seat (But Where?)

Oregon hasn’t elected a Republican governor since 1986 (nor has Washington since 1984). The Oregon state legislature has Democratic super-majorities in both houses, and four of its five congressional seats are held by Democrats. This week it was awarded a sixth congressional seat—and an eighth Electoral College vote—rewarding the state for growth that takes place almost exclusively in Democratic communities west of the Cascades and north of Eugene.

So, slam dunk for the Dems to score again in 2022, as new congressional borders are drawn? There is predictable pressure from Republicans to rebalance the delegation by drawing a new district that would look purple but could turn red. But it’s a long shot.

The decision could be heavily influenced by a widely respected 70-year-old jurist from Eugene, Martha Lee Walters, the chief justice of the Oregon Supreme Court. If the Legislature is deadlocked on a congressional district map, Justice Walters will appoint the body that will draw new lines. Walters, 70, practiced law in Eugene before her appointment to the court in 2006 by Gov. Ted Kulongoski, also a longtime Eugene attorney. Both Walters and Kulongoski practiced labor law, and Walters was involved in the precedent-setting case (PGA Tour, Inc. v. Martin), which allowed a disabled golfer to use a golf cart between holes on the PGA tour.

This unusual structure is set up by Oregon’s convoluted system for drawing legislative and congressional districts. Unlike states such as Washington that use a citizen commission of some sort, Oregon lets the politicians do the job . . . up to a point. In the case of congressional districts, a legislative deadlock goes to the Chief Justice, who appoints a five-person commission, one member from each of the five current districts. Under almost any scenario, that commission would almost certainly lean Democratic.

And an expedient piece of work a few weeks ago made a legislative deadlock more likely. House Speaker Tina Kotek (D-Portland) agreed to a 3-3 split on the redistricting committee—it had been 3-2 Democrat—to get Republican members to stop delaying tactics that brought the chamber to a standstill. That essentially gives the GOP a veto to any map that would seem to favor Democrats.

Oregon’s political districts are dominated by a map that shows enormous swaths of land without many people; about 75 percent of the landscape is in Congressional districts Two (East of the Cascades) and Four (Southwest Oregon). Only District Two is reliably Republican and will remain so under any redistricting scheme.  Growth is strong in the Democrat-heavy Portland metro area, the university cities of Eugene and Corvallis and a ribbon of Willamette Valley towns. But there are outliers as incomers flock to small cities in more rural areas, such as Bend, Hood River, and Ashland.

It is hard to see any change in the current delegation unless Rep. Kurt Schrader, a Blue Dog Democrat in the 5th District, draws a strong progressive in the Democratic primary, who could at least soften him up for a moderate Republican. Schrader is a bit of a maverick—he opposed Nancy Pelosi for Speaker in 2018, voted against several key spending measures, but did vote to impeach President Donald Trump. His 5th District is centrist, and has elected members of both parties in the last three decades. House Democratic leadership doesn’t like him, but Schrader holds a seat they need.

The other possibility is that veteran Democrat Peter DeFazio (D-4) could decide to retire after 33 years. He is a vigorous 74 and waited a long time to chair the House Transportation and Infrastructure Committee. His District 4 is the smallest of the congressional districts, but if redistricting splits off either Eugene or Corvallis, with Dem-heavy voters, a Republican could make a strong run.

Although census data is still unofficial, it looks as if Oregon’s five districts, which average about 843,000 voters, will drop to about 706,000 with six districts. That is right at the average for the nation. Any way you look at it, that sixth district will need to be jammed into the Portland metro area, including its bulging suburbs. Also, rural areas to east and south may be even more rural if they lose their major growth areas: Bend, Hood River and Medford-Ashland.

Legislative committees are already holding public hearings, and the pleadings are familiar: don’t break up communities, keep folks of like-thinking together, etc. Most of the concerns will center on possible Republican gains in rural areas. Folks in those areas feel overwhelmed by Democratic domination of state offices and the Legislature. There is a movement to revive old talk of annexing rural areas to Idaho, a fanciful notion that has little chance of success. Advisory measures are expected to be on the ballot in a handful of rural counties in May, and some may pass. Portland’s recent violent images feed a longstanding rural resentment of the big city.

For decades, Oregon’s hinterland depended on timber and farming. Timber is in the ditch, and farming doesn’t attract Oregon’s incoming population. In rural areas, growth now comes from other attractions: windsurfing in Hood River, skiing and recreation in Bend, Southern Oregon University in Ashland. Trump lost Oregon by 16 percentage points, and Republican leadership is in the hands of the far right; the moderate GOP candidate for governor in 2018, Knute Buehler, quit the party after the Capitol insurrection on Jan. 6.

Demographics are moving left in Oregon, so creating a second Republican congressional district would require a massive Republican gerrymander, in a state that is not known for that tactic. Only the combination of legislative gridlock and a runaway citizen redistricting committee could turn the trick. Highly unlikely.

Elections are often more competitive shortly after a redistricting, and that may give Republicans hope, but it is hard to imagine Oregon’s traditionally moderate electorate rewarding a party that is moving to the far right.

Floyd McKay
Floyd J. McKay, emeritus professor of journalism at Western Washington University, covered Pacific Northwest politics as a reporter and opinion writer for four decades, primarily in Oregon. He was commentator/news analyst at KGW-TV (King Broadcasting) from 1970 to 1987. Previously a print reporter, he returned to print and online reporting and commentary from 2004 to 2017 with the Seattle Times Op-ed page and Crosscut.com. He is the author of Reporting the Oregon Story: How Activists and Visionaries Transformed a State (Oregon State University Press, 2016). He lives in Bellingham.
Previous article
Brought to you by Uncle Joe’s Pile ‘o Cash: A Historic State Legislative Session
Next article
British Columbia Locks Down — COVID Variants Surge