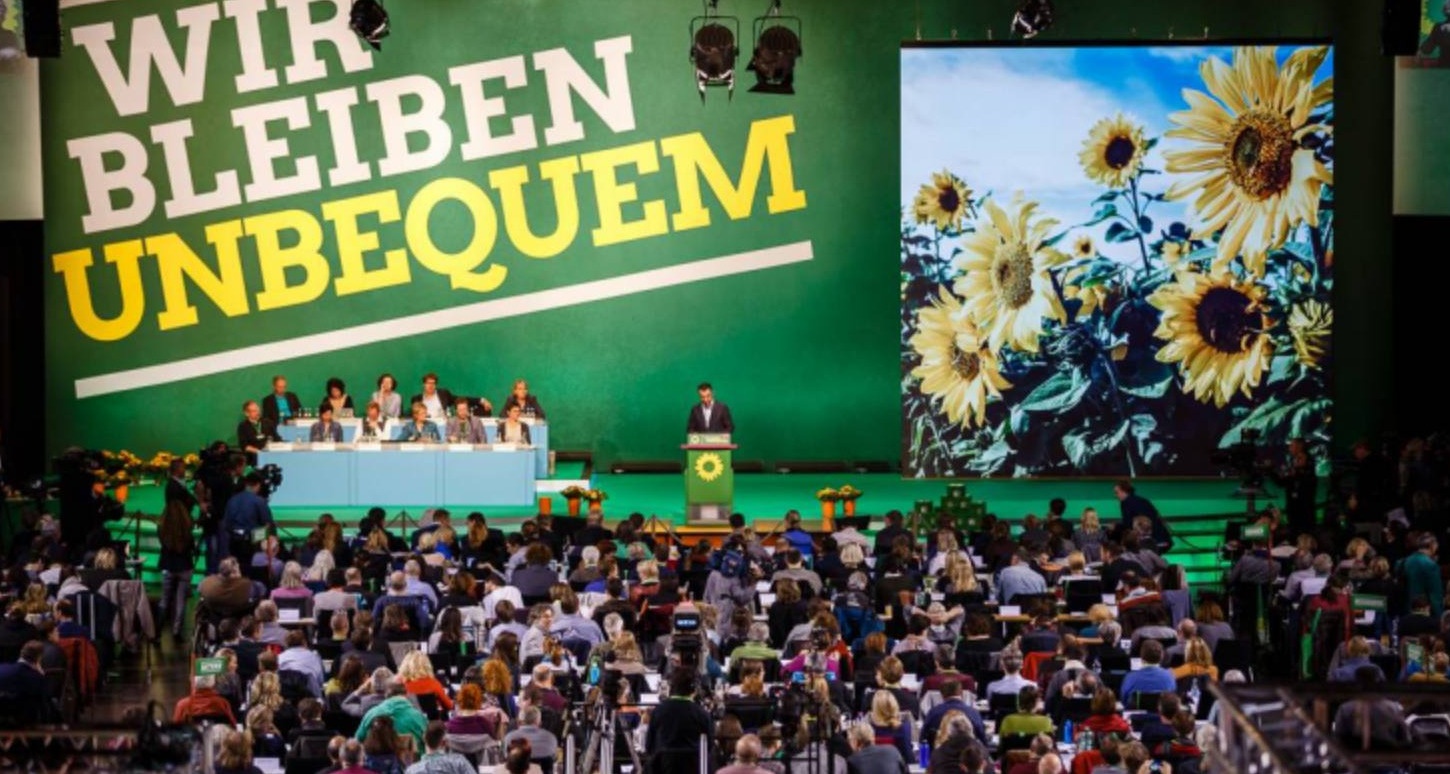 The race to succeed German Chancellor Angela Merkel after 16 years of center-right governance has started with an unexpected bang from the left.

Words like “exciting” and “rising star” are seldom associated with the staid politics of the two mainstream parties that have passed Germany’s leadership back and forth since the 1949 founding of the federal republic.

This year’s election season has been energized by a string of firsts for the Green Party, whose 40-year-old nominee for chancellor is creating uncharacteristic buzz.

The Greens’ designation of Annalena Baerbock, a human rights lawyer and London School of Economics grad, marks the first time the party has named a chancellor candidate since its formation in 1980 on a narrow platform of environmental issues. The party’s choice to put Baerbock forward reflects the Greens’ evolution from one-note fringe to a professional political force with the expertise to address today’s pressing challenges on climate, migration and modernization.

Baerbock, a soccer player and trampolinist as a student, is criticized by her competitors for having no governing experience outside her role in the Green Party administration. She was the Greens’ spokesperson on climate change from 2013 to 2017 and served on the party’s Committee on Economic Affairs and Energy.

European media are hailing Baerbock, the only woman in contention for the chancellor’s job, comparing her to charismatic young leaders such as New Zealand Prime Minister Jacinda Ardern and Denmark’s government chief Mette Frederiksen. Baerbock is credited for the Greens’ spike in the first polls since the major parties announced their chancellor candidates, competitive with Merkel’s Christian Democratic Union in most of the surveys and slightly leading the six-party pack in the results announced over the weekend by two respected pollsters.

The Greens are campaigning on the need for a wholesale restructuring of the German economic model and making good on unfulfilled promises of the Merkel government to modernize industry and energy production. To meet Germany’s climate commitments of eliminating coal-fired energy and gas-powered cars by 2030, the party is marketing Baerbock as the candidate with relevant experience to meet those ambitious goals.

“In a curious twist of history, Baerbock holds promise to execute on what turned out to be Angela Merkel’s highly misleading self-advertising. In laying her claim to the Federal Chancellery back in 2005, she had advertised herself as a scientist and a no-nonsense, results-oriented decision-maker focused on doing the heavy lifting to modernize Germany. Alas, Merkel didn’t,” Stephen Richter, editor-in-chief at The Globalist, wrote in an opinion piece carried by CNBC over the weekend.

Baerbock “easily takes on the CEOs and association heads of a broad range of industries on the strategic choices needed in their respective sectors, whether automotive, chemical or energy,” Richter enthused. He praised her commitment to keeping German industry competitive, a priority beyond the party’s traditional focus that “shows courage and strategic depth.”

Baerbock is a centrist Green, a member of the Realo wing of the party that in its early years was dominated by Fundis – fundamentalists who largely failed to get broad support for radical moves. The Greens’ evolution to more moderate policies has allowed Baerbock to pick up support from voters increasingly disaffected amid Germany’s protracted battle against the Covid-19 virus.

Political analysts attribute the Greens’ rising stature in part to missteps by the mainstream parties. The CDU and its Bavarian sister party, the Christian Social Union, ended an intra-party power play for the chancellor nomination by choosing the more lackluster of the contenders, CDU leader Armin Laschet, 60, governor of Germany’s most populous state, North Rhine-Westphalia. CSU leader Markus Soeder, 54, enjoyed higher poll ratings than Laschet and the choice of his rival as prospective chancellor may have been the cause of the CDU/CSU drop from the top of the polls.

With five months until the Sept. 26 election, the mainstream parties have time to play catch-up. The Greens have never led a national government and served as junior coalition partner only once, with the Social Democrats from 1998 to 2005.

The Social Democrats have been flailing in the early days of this election year. The left-of-center party has put forth Finance Minister Olaf Scholz as its chancellor nominee. The SPD is running a distant third to the Greens and the CDU/CSU in the three polls released in recent days.

A poll by the Kantar agency published by Bild am Sonntag, the Hamburg-based tabloid that is Germany’s largest-circulation newspaper, showed the Greens up six percentage points to 28% support, overtaking the CDU/CSU who fell two points to 27%. The SPD also fell by two to 13%, with the far-right Alternative for Deutschland down a notch to 10% and the Free Democrats steady at 9% and the Left Party at 7%.

Bild blamed the ruling party’s fall in the polls on Merkel’s uneven handling of the pandemic. Her government initially imposed widespread lockdowns and restricted public interactions that appeared to halt the spread of the virus last summer. As elsewhere in Europe, infections rebounded once the containment measures were relaxed and Germany finds itself in the midst of a vicious new surge.

To gain seats in the Bundestag, a party must win at least 5% of the vote in a general election. In the likely scenario of no one party winning an outright majority, parties that meet the 5% threshold can negotiate with others to form a governing coalition.

Carol J Williams
Carol J. Williams is a retired foreign correspondent with 30 years' reporting abroad for the Los Angeles Times and Associated Press. She has reported from more than 80 countries, with a focus on USSR/Russia and Eastern Europe.
Previous article
“No Defense of the Indefensible”: Los Angeles Judge makes Landmark Ruling on Homelessness
Next article
Debunking the Marcus Whitman Mythology