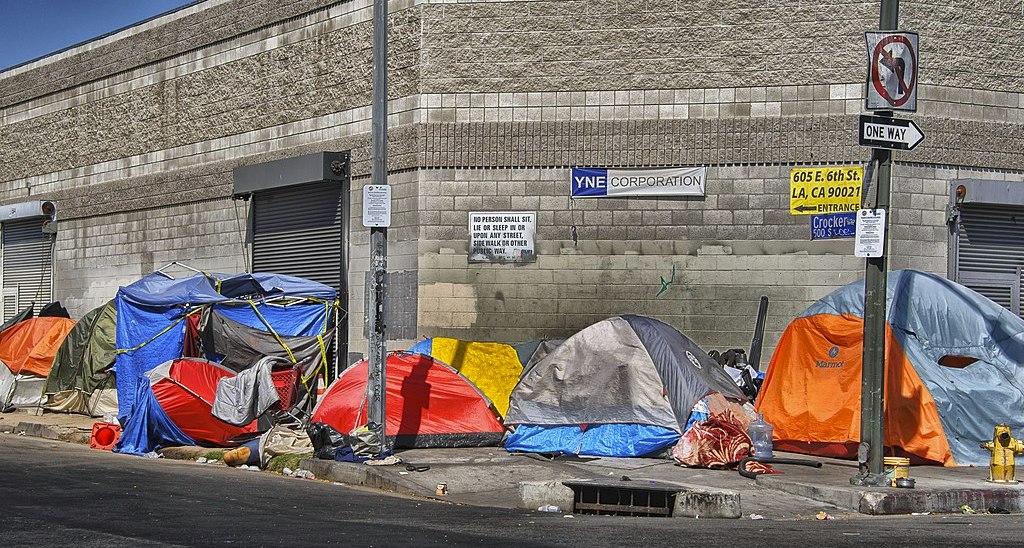 “No Defense of the Indefensible”: Los Angeles Judge makes Landmark Ruling on Homelessness

On Tuesday, April 20, U.S. District Court Judge David Carter of the Central District of California issued a ruling that is likely to become a watershed moment in the United States’ response to homelessness.

In March of last year, the LA Alliance for Human Rights and several individuals sued the City and County of Los Angeles, alleging that these governments had fundamentally failed to address the homeless emergency in Los Angeles and had in fact contributed to creating it over the course of several decades. The complaint they filed reads more like what we might imagine the authors of KOMO’s “Seattle is Dying” video would have written about Los Angeles: public health hazards, accumulating trash, rising crime, blocked sidewalks, local government leaders unwilling or unable to rise to the challenge of dealing with it.

But Judge Carter had his own ideas, and over the last year has fully immersed himself in the issues and the situation on the ground.

Much of LA’s homeless population is concentrated in a 50-block area of the city known as Skid Row, which dates back to the late 1800s when it was a center for “day-rate hotels, bars and brothels” catering to transients riding the trains (it is near the train terminal) and migrant workers.  Over time, Skid Row accumulated an increasingly large homeless population, as well as individuals “dumped” there as they were released from jails, prisons, and institutions serving those with mental health issues. In 1976 the city adopted a “containment” policy for Skid Row, collecting and concentrating what they considered the city’s “undesirable population elements” there and using the police to enforce the containment policy.

In 2018, the Los Angeles Homeless Services Authority commissioned an Ad Hoc Committee on Black People Experiencing Homelessness. At the time, Black people were only 9% of the population of Los Angeles County but 40% of the homeless population (now it’s 42%). The Committee’s report lays out the decades of structural racism in housing policy, policing, employment, healthcare, education, access to services and access to opportunities that contributed to the dramatic over-representation of Black people within the city’s homeless community.

Over the past year that he has presided over this case, Judge Carter took it all in. He got out of the courthouse and held hearings in Skid Row, the transcript of which makes for some astounding reading on its own. And then last month the plaintiffs filed a motion for a preliminary injunction to try to force the City and County to finally step up and respond at a scale equal to the problem.

Judge Carter didn’t hold a single hearing on the motion, though he points out that he had held plenty of evidentiary hearings over the previous year. Instead, he went off and wrote a 110-page order – essentially he wrote an entire book – granting the preliminary injunction. In doing so he crafted an initial remedy that goes well beyond what the plaintiffs asked for.

But that’s just the warm-up. Carter ordered the City and County to provide offers of shelter within 90 days to all unaccompanied women and children in Skid Row; within 120 days shelter for all families there; and within 180 days shelter for everyone there. Further, he required them to offer housing and treatment services to all individuals within Skid Row who are in need of services from the Department of Mental Health or the Department of Public Health. He also required them to offer support services to all who accept shelter offers.

To enable that, Judge Carter ordered the city to place $1 billion in escrow; ordered the cessation of all sales or transfers of public lands; ordered a report within 30 days on specific actions to address the structural barriers that have led to the over-representation of Black people among the homeless population; and ordered Los Angeles Mayor Eric Garcetti and County Board of Supervisors chair Hilda Solis to explain why they have not declared an emergency related to homelessness in order to expedite solutions.

Generally speaking, courts have ruled that individual residents do not have a right to demand aid from their government. However, there is one important exception: when the government was an active, willing, and knowing participant in creating the conditions that lead to the need for aid. This is known as the “state-created-danger” doctrine. Judge Carter invokes this as the primary justification for his sweeping order: that Los Angeles created layers of structural racism that deprived Black people of opportunity, and it had an explicit policy of concentrating the homeless population in Skid Row and then depriving them of services.

“Here in Los Angeles, how did racism become embedded in the policies and structures of our new city? What if there was a conscious effort, a deliberate intent, a cowardice of inaction? Through redlining, containment, eminent domain, exclusionary zoning, and gentrification—designed to segregate and disenfranchise communities of color—the City and County of Los Angeles created a legacy of entrenched structural racism. As shown most clearly in the present crisis of homelessness, the effects of structural racism continue to threaten the lives of people of color in Los Angeles.”

It’s clear that the judge knows he’s making a bold play in using his judicial powers to push the city and county out of decades of inaction, but he in no way shies away from the higher call. He ends his ruling by  calling Lincoln to mind as he lays out a “way forward”:

“There can be no defense to the indefensible. For all the declarations of success that we are fed, citizens themselves see the heartbreaking misery of the homeless and the degradation of their City and County. Los Angeles has lost its parks, beaches, schools, sidewalks, and highway systems due to the inaction of City and County officials who have left our homeless citizens with no other place to turn. All of the rhetoric, promises, plans, and budgeting cannot obscure the shameful reality of this crisis—that year after year, there are more homeless Angelenos, and year after year, more homeless Angelenos die on the streets.

“Like Abraham Lincoln’s call to action in his Gettysburg address, it is for us “to be dedicated here to the unfinished work which they who fought here have thus far nobly advanced.” Let us pick up that flag, and have the courage of those who fought so long ago, to act so that we can become a better nation and people.”

This ruling will shake Los Angeles’ government to the bone over the coming months and years, and it will likely have repercussions for how all U.S. cities, including Seattle, look at their struggles to address homelessness.

This article first appeared in the South Seattle Emerald and is reprinted with permission.

Kevin Schofieldhttp://sccinsight.com
Kevin is a city hall reporter and the founder of SCC Insight, a web site focused on providing independent news and analysis of the Seattle City Council and Seattle City Hall in general. In a previous life, he worked for 26 years in the tech industry in a variety of positions but most notably as the COO of the research division at Microsoft. Kevin volunteers at the Woodland Park Zoo, where he is also on the Board of Directors. He is also the Vice Chair of the Board of Trustees of Harvey Mudd College.
Previous article
Renton: The New Hollywood North?
Next article
Post-Merkel: Germany’s Greens Nominate a Charismatic Rising Star