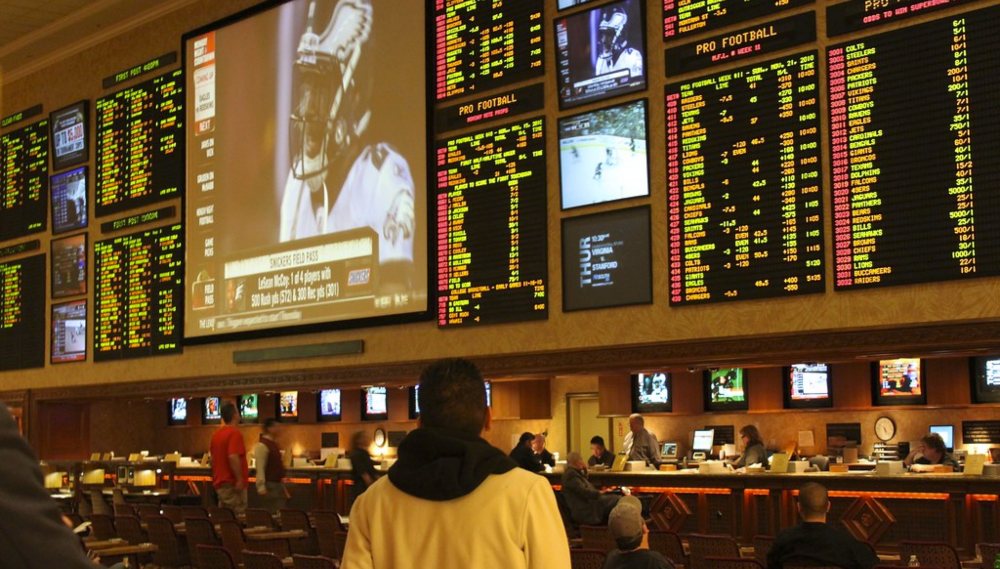 Maverick Gaming, the largest non-tribal gambling operator in Washington State, quietly dropped an additional $1 million into its political action committee recently, likely in preparation for a signature drive to put a sports gambling initiative on the ballot in November.

Native American casinos are expected to open sports books later this year, but Maverick’s attempt to expand sports betting to non-tribal card rooms has stalled in the Legislature. To review, lawmakers in 2020 reserved sports betting for the state’s 29 existing Native American casinos, shutting out the 44 non-tribal card rooms scattered around the state. Maverick, which recently moved its corporate headquarters from Nevada to Kirkland, owns 19 of the card rooms, which can currently only offer poker and variations of blackjack.

Maverick politely told us to pound sand when we reach out to ask about the $2 million-plus now sitting in their PAC, Washingtonians Win. But we know the prospect of a ballot play had the tribes worried enough to conduct a poll earlier this winter. The tribal camp likewise politely told us to go away when we asked to see the results.

With the halls of Olympia essentially closed to them by the tribes’ clout for the foreseeable future, the ballot is Maverick’s only option, so it’s raise or fold.

But it won’t be easy, or cheap.

For starters, last year’s election raised the bar. Per the Washington Constitution, getting an initiative on the ballot this year will require gathering 324,516 valid signatures from registered voters by July 2, up from around 260,000 in recent years. In practice, initiative campaigns need to gather far more signatures because many will be invalid. So figure at least 400,000.

Second, signatures may be hard to come by. Many of the larger events that petitioners use to find signers aren’t happening this year due to the pandemic. There likely won’t big crowds at T-Mobile Field for the Mariners’ home opener, for example. And folks are just going to be less willing to be stopped by a stranger with a clipboard. The Observer has heard that paid signature-gathering might be as steep as $10 a signature, which could push the price of just getting to the ballot over $4 million.

Maverick does have the advantage of operating public-facing businesses with a clientele — poker and blackjack players — likely willing to sign. It also has hundreds of employees it could conceivably put in the field to gather signatures. One of the easiest signature drives in state history was Costco’s first, mostly DYI attempt at liquor privatization. They put up a table in every store and asked arriving shoppers some variation of: “Hey, you want to buy booze here?”

That’s why Maverick CEO Eric Persson was so cranked off about that emergency clause the Legislature slapped on the bill last year to block a Maverick referendum campaign. That campaign would have required less than half the signatures and the tribes would have needed to get 60 percent of voters to affirm the Legislature’s move. Maverick said last year its polling had support for the tribal-only plan at 53 percent, indicating a referendum might have killed it. Hence the ill-fated revenge play against Rep. Jim Walsh, R-Aberdeen, who sponsored the emergency clause amendment, down in the 19th District.

Finally, there’s the opposition. The tribes have fought a version of this battle before, beating back a bid to expand slot-machine gambling to the card rooms in 2002. Their $6.7 million campaign resulted in more than 61 percent of voters filling in the “no” bubble.

We’ll likely know whether this is happening within a few days or weeks. It’s now less than four months to July 2, and getting to the signature-gathering stage takes a few weeks after the initial filing for legal wrangling over the language that appears on the ballot.

Filing an initiative only takes $5, but it gets expensive in a hurry after that.

Paul Queary
Paul Queary, a veteran AP reporter and editor, is founder of The Washington Observer, an independent newsletter on politics, government and the influence thereof in Washington State.
Previous article
Sen. Maria Cantwell Messes with Texas, Probing its Energy Meltdown
Next article
Has Seattle Become a City that Doesn’t Work?