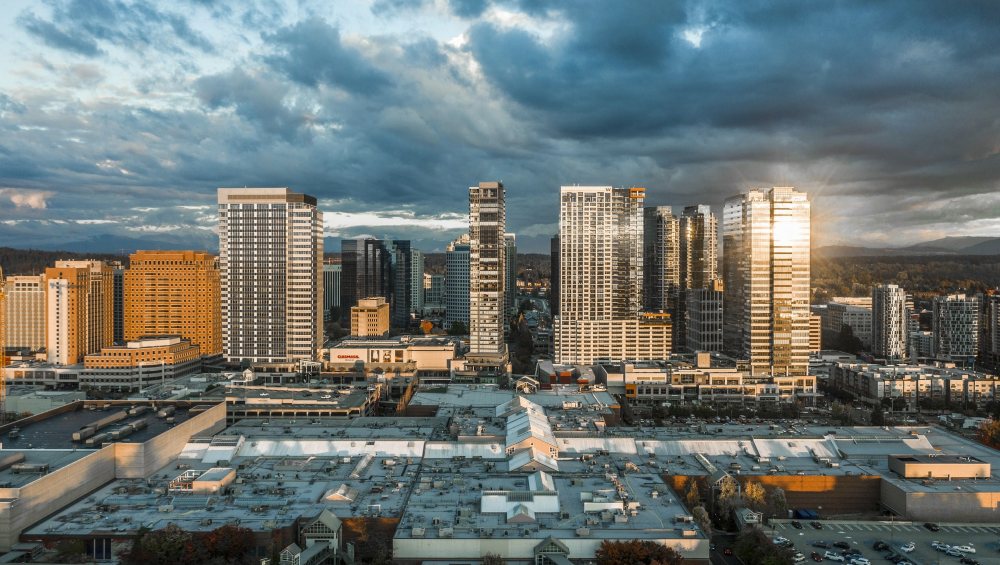 The Superstar Cities—the Gated Cities of the Coast—are in full-throated panic over signs that the jig is up: they cannot keep luring high priced talent to work in tech firms and live in high priced real estate. Are all those prized techies charging out of town?

The signs are worrying for those that understand the consequences of a shrinking city and shrinking local incomes. These cities, including Seattle, have built their budgets and generous social programs on the assumption that the tax revenue from growing businesses and free-spending residents will continue on an upward trajectory.

Seattle Times columnist Danny Westneat got hold of change-of-address request data from the Postal Service showing that about the same number of households have been moving into Seattle, but that outbound moves from Seattle are up 36 percent. High vacancies and falling rents in Seattle would suggest this is accurate.

Where are they going? Westneat’s data indicates that many are moving to adjacent suburbs like Kirkland, Bellevue, Bothell and Lynnwood. But while the net migration between Seattle and these burbs may be positive, the impact on the burbs themselves is not so clear: how many people moved out of them to somewhere else? In times of turmoil people move all over and patterns can be difficult to discern.

One place to look for more evidence is apartment rents. Figure 1 shows the one-year change in rents for one-bedroom apartments in Seattle-Tacoma area markets.

We see that Seattle has experienced the largest rent drop, twice as large as the next market, Redmond. Seattle’s huge apartment inventory drags the region-wide average down quite a bit. But note that the next six markets for reduction are all on the Eastside (we’ll put Renton there, since its largest new developments are almost on the east side of Lake Washington) where Westneat’s data suggests that people are going. The landlords of Bellevue and Redmond might not be benefiting much from the pain of their Seattle counterparts.

Now, rents are a function of both supply and demand, and the supply of apartments has been growing rapidly in the high-priced parts of the region. Multi-family construction tends to take place in cycles, with strong building followed by high vacancies and a falloff in construction. We may simply have passed the peak of that cycle.

The growth in rents in Pierce County, South King and Olympia may suggest some of the sorts of moves toward affordability that the pandemic-watchers have been suggesting. More data is needed.

While rents provide a good measure of short-term trends, two thirds of households live in single family homes, nearly all of which are owned by their occupants. What’s happening in the neighborhoods? Figure 2 shows median single family home sales prices for February, one-year price changes and the February inventory for the market areas tracked by the Northwest Multiple Listing Service, ranked by price growth.

The first thing to note is the last column, the number of months of supply, which is simply the number of active listings divided by units sales per month. In a healthy market, where neither buyer nor seller is particularly advantaged, inventory is three to four months. Only a few of these markets have even one month of inventory, so houses are moving. The pattern in this region is consistent with national trends, which are a combination of pandemic-induced panic-buying and the inevitable aging of the Millennials who are starting families and want back yards (contrary to conventional wisdom, Millennials are no more likely than anyone else to want to spend their parenting years in multi-family housing).

This is not a story of flight to affordability. Both high priced and more affordable market areas can be seen on the top and bottom of the list. The Eastside is generally favored in this list, but not all parts. More affordable inner suburbs like West Hill and Des Moines are doing well, while Shoreline and Lake Forest Park are not doing as well.

The lower end of the table, with the larger market areas, tells more of a story. The Seattle and its north suburbs have seen markedly lower price increases than other areas. Their inventories are still quite low, indicating lots of demand for those homes, but less willingness to pay any price.

The softening in Seattle prices has occurred over the past six months. Figure 3 shows the trend in median sales prices for Seattle neighborhoods, using a trailing three month average to smooth out the usual noise of monthly sales.

Most Seattle markets saw price bumps in the post-lockdown period of summer, and a decline since then. The two Seattle markets that show a one-year price decline in Figure 2—Central Seattle and West Seattle—look less drastic in the three-month average line of Figure 3.

The apartment rental picture for Seattle is as soft as it looks in the near-term and probably the mid-term. But, as noted, cyclical downturns are nothing new in the multi-family business. Institutional investors see great long term prospects for Seattle and pour money into apartment projects that may or may not hit the market at the right time. Few of those investors suffer over the long term, and they will give away rent, parking and toasters in the near term to fill their buildings. The smaller mom-and-pop buildings tend to be more affordable and stable.

The single family market in Seattle is curious. Lots of sales and no shortage of buyers, but less willingness to pay the high prices being charged on the Eastside. One factor to watch: the Eastside is the magnet for wealthier immigrants, many of whom bring large amounts of cash to the home-buying process and want to locate in the Bellevue, Lake Washington and Issaquah school districts. This dynamic will likely continue, even if the tech workforce begins to spread outside the region.

Michael Luis
Michael Luis is a public policy consultant who has been wrestling with housing, growth and economic development issues around Washington State for over 30 years. He is author of several books on local history and served as mayor of Medina.
Previous article
Will Washington Really Have A Capital Gains Tax?
Next article
Sen. Maria Cantwell Messes with Texas, Probing its Energy Meltdown