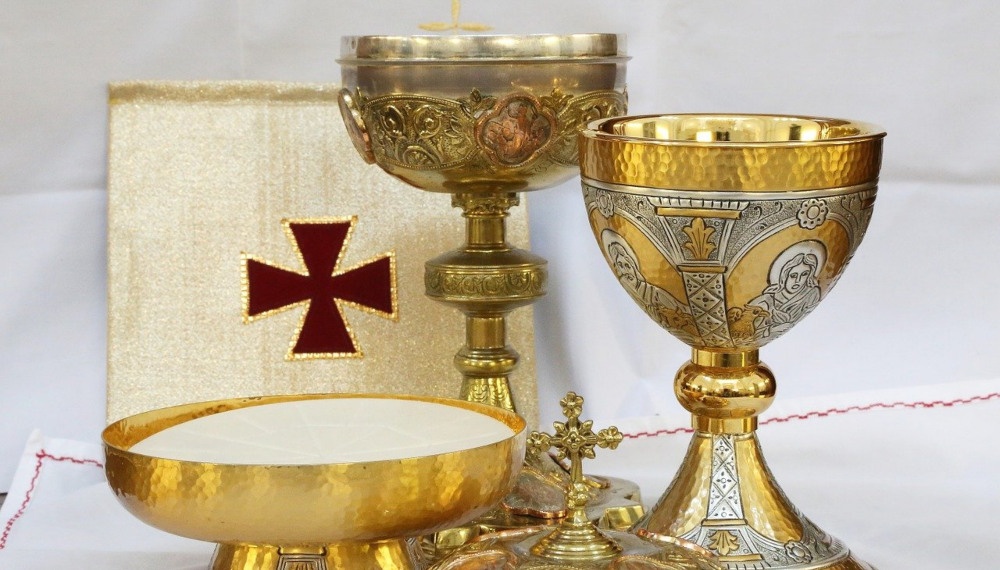 The deep divisions of American Catholicism were displayed to secular society as the country’s second Catholic president, Joe Biden, took his oath of office at noon on January 20. The observance was very Catholic. Washington, D.C. Cardinal Wilton Gregory offered a prayer for COVID-19 pandemic victims on inauguration eve. The President-elect attended mass at the Cathedral of St. Matthew on inauguration morning.  A Catholic priest offered the invocation at the U.S. Capitol, the hymn “On Eagles Wings” was performed, and the 46th president quoted St. Augustine.

On the same day, however, Archbishop Jose Gomez of Los Angeles, heading the U.S. Conference of Catholic Bishops, released a snarky a 1,250-word statement saying the pro-choice Biden is “pledged to pursue certain policies that would advance moral evils and threaten human life and dignity, most seriously in the areas of abortion, contraception, marriage, and gender.” The archbishop added that abortion will continue to be the “preeminent priority” of America’s Catholic hierarchy.

Hours later, Cardinal Biase Cupich of Chicago, a former Bishop of Spokane and appointee of Pope Francis, delivered a stinging rebuke.  “Today the U.S. Conference of Catholic Bishops issued an ill-considered statement on the day of President Biden’s inauguration. Aside from the fact that there is seemingly no precedent for doing so, the statement, critical of President Biden, came as a surprise to many bishops who received it just hours before it was released.”

Cardinal Cupich’s response prompted a rejoinder in which conservative Catholic author George Weigel (once scholar at the World Without War Council in Seattle) took a swipe at what he called “dissident cardinals.”  His targets were Cupich and Newark, N.J., Cardinal Joseph Tobin, another of Francis’ promotions in the American hierarchy.

Such is the disunity of the episcopate that the National Catholic Reporter has called for an “apostolic visitation” in which the Vatican would investigate the American church and attempts by some to read Biden out of the church and undercut a reformist pope. What is aa apostolic visitation?  We witnessed one just before Francis’ elevation to the Papacy.  The Vatican’s Congregation for the Doctrine of the Faith ordered an investigation of the Leadership Conference of Women Religious – the largest organization of nuns in America – due to “radical feminist tendencies” and “a certain secular mentality.” A bishop overseer was named in the person of then-Seattle Archbishop J. Peter Sartain.

Pope Francis later put a kibosh on the probe and replaced the conservative German cardinal who ordered it.  But not before 500 laity and clergy rallied in a “Support the Sisters” protest on the steps of Archbishop Sartain’s cathedral.  Typically, he didn’t and wouldn’t talk to them.

The battle, with Biden as unwitting centerpiece and Trump as an unlikely hero, began long before the Nov. 3rd election and has continued in the months since.

At a teleconference with a chosen audience of U.S. Catholics last April, President Trump proclaimed himself the “Best President in History of the Church.” Cardinal Timothy Dolan of New York gushed appreciation for the 45th President. “I call you more often than I call her,” Dolan said, in a reference to his 90-year-old mother. The “preeminence” of abortion, and opposition to LGBTQ civil rights, caused the Catholic hierarchy to go easy on Trump on other life-related issues.  No criticism of Trump’s mishandling of the COVID-19 pandemic.  No teleconference questioning of separating children from their parents at the border.  No mention of the surge in federal executions. Or of presidential denial of climate change, repeatedly cited by Pope Francis as a threat to life on the planet.

A very different pre-election view came from across the Hudson River.  “I think a person in good conscience could vote for Mr. Biden,” Cardinal Tobin told a September symposium.  “Frankly, in my own thinking, have a more difficult time with the other option.”

The Catholic right has continued to assail the second Catholic president. “His [Biden’s] positions, on the life issue especially, just simply are not in line with Catholic teachings,” Michael Warsaw, chairman of EWTN, the Eternal Word Television Network, wrote recently. EWTN takes a similarly selective view of life.  On The World Over, the network’s news program, host Raymond Arroyo was recently heard likening life for young people separated from parents at the border to “summer camp.”  The network is directing sustained fire at Xavier Becerra, the California attorney general recently tapped as Health and Human Services Secretary.

The Catholic right has revived a cause that goes back to the 2004 election, when Archbishop Raymond Burke of St. Louis said he would deny holy communion to Democratic presidential nominee John Kerry, a pro-choice Catholic.  A South Carolina priest, in 2015, denied the eucharist to Biden.

Cardinal Gregory is now Biden’s bishop, and says he will do no such thing.  But voices in the hierarchy are intent on waging the “wafer wars.” Just-retired Philadelphia Archbishop Charles Chaput would deny the eucharist to the 46th president. Papal biographer George Weigel has urged bishops to come up with a conference statement on “eucharistic coherence.”  Archbishop Joseph Naumann of Kansas City, leader of the bishops’ pro-life task force, has argued: “In effect, our Amen when receiving our Lord is an affirmation of that we believe and profess all that the Holy Catholic Church believes, teaches, and proclaims to be revealed by God.”

A scathing rebuttal came recently from San Diego, Calif., Bishop Robert McElroy, rumored as Cupich’s successor if the Chicago cardinal is called to a senior post at the Vatican. “I do not see how depriving the president or any other political leaders of Eucharist based on their public policy stance can be interpreted in our society as anything other than the weaponization of the Eucharist  and an effort not to convince people by argument and by dialogue and by reason but, rather to pummel them into submission on the issue,” said McElroy. “It would be very destructive.”

Who is to prevail in what Michael Sean Winters of National Catholic Report described as “the functional schism in the US church”?  Pope Francis is remaking the American hierarchy, witness elevation of Cardinals Cupich, Tobin, and Gregory, and such appointments as McElroy in San Diego. The pope pointedly did not bestow a red hat, customary in Philadelphia, on Archbishop Chaput.  Nor has Archbishop Gomez been made a prince of the church.

The American hierarchy has suffered a severe loss of moral authority due to the clergy sex scandal, which has claimed the careers of conservative prelates in such dioceses as Boston and St. Paul-Minneapolis.  Surveys show U.S. Catholic women support and use contraception, with the laity backing LGBTQ rights in percentages higher than the population as a whole. In McElroy’s words, “Americans take heart in the pope’s call to build an ecclesiastical culture that casts off judgmentalism; they applaud structural reforms at the Vatican; and they admire Francis’s continuing focus on the pastoral needs of ordinary men and women.”

The anti-Biden forces in the American church can broadcast their views on EWTN, publish articles in the journal First Things, and demand a restoration of dogma and discipline.  But the flock is no longer docile, and the Vatican is no longer hostile.

Pope Francis has seemingly made known his views on who is welcome to receive communion.  Alluding to both politicians and divorced and remarried Catholics, he has cited St. Ambrose: “The Eucharist, although it is the fullness of sacramental life, is not a prize for the perfect, but a powerful medicine and nourishment for the weak.”

The first Jesuit pope has a way with words, to the fury of some in his flock.

Joel Connelly
I worked for Seattle Post-Intelligencer from 1973 until it ceased print publication in 2009, and SeattlePI.com from 2009 to 6/30/2020. During that time, I wrote about 9 presidential races, 11 Canadian and British Columbia elections‎, four doomed WPPSS nuclear plants, six Washington wilderness battles, creation of two national Monuments (Hanford Reach and San Juan Islands), a 104 million acre Alaska Lands Act, plus the Columbia Gorge National Scenic Area.
Previous article
How do you Know? Our Epistemic Crisis
Next article
Biden’s China Challenge